Film Review of Our Little Girl: Shirley Temple in 1935 Drama With Joel McCrea

In the 1935 film version of "Our Little Girl," characters played by Joel Mccrea and Shirley Temple fight divorce.

A little girl discovers that family life is not always idyllic.

But she likes the family maid’s advice.

Will a bored wife, an eligible bachelor, a lovelorn nurse, and a workaholic husband feel likewise in “Our Little Girl”?

Idyllic community of Lake Sherwood in southern California's Santa Monica Mountains was the film locale for "Our Little Girl."

Rolfe Brent (Lyle Talbot) comes back from Europe. He needs riding companions. Don pleads workaholism. He volunteers Elsa for 10 the next morning.

Molly asks maid Amy (Margaret Armstrong) for advice. Amy blames Brent for Elsa’s misbehavior and Sarah for Don’s. She indicates that Brent and Sarah need to stop pushing a married couple toward divorce. Molly likes the way that sounds. She tells Brent that her family wants him long gone.

The Guggenheim Foundation awards Don a fellowship. Don feels depressed. Sarah tells him how much she loves him.

Brent blames Molly for thwarting Elsa’s happiness. Molly gets dog Mr. Smith and runs away. Brent leaves to tell Sarah that Don and Elsa love each other and must reconcile.

Published on YouTube on November 12, 2007 by tamara s ~ URL: https://www.youtube.com/watch?v=9pKrNnxrfso 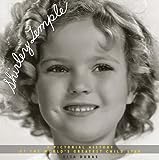 Diaries and divorce impact characters played by David Niven and Shirley Temple in the 1949 film version of "A Kiss for Corliss."
66%  2   8 DerdriuMarriner
Westerns