Final Thoughts From the Supernatural Episode “The Executioner’s Song”

Thoughts from the season 10 television episode that first aired February 17, 2015.

Synopsis: While investigating the mysterious disappearance of an inmate on death row, Sam (Jared Padalecki) and Dean (Jensen Ackles) discover Cain (Timothy Omundson) is the one responsible. Their evidence is later backed up by Castiel (Misha Collins), who finds a graveyard and learns Cain is hunting down and killing his descendents in an effort to remove his curse from the Earth.
Since Cain’s plan means also killing innocent people, including kids, Dean realizes he no longer has a choice and must face him while once again holding the First Blade. In doing so, he learns the unsettling truth about the curse associated with the Mark of Cain.

1. For some reason, I was under the impression this was the season 10 finale of the series. As a result, I was very surprised to learn there is, in fact, one other episode that is set to air in March. I’m admittedly a little confused about exactly why they are waiting so long to show it and, just as important, why it got moved to a different night.

2. One thing I found I was very disappointed by when it came to this episode was the fact Cain dies. He was such a unique and powerful character and Omundson did an excellent job portraying him. Killing him after only a couple appearances and with such relative ease was a bit of a letdown for me. I honestly would much rather have seen him escape and stick around for a while because, let’s face it, there really aren’t that many decent recurring villains now that Crowley (Mark Sheppard) is more of an ally than an enemy.

3. Speaking of recurring characters, one I realized I was missing when we watched this show last night was Death (Julian Richings). I actually think it’s a little odd they haven’t thought to seek him out. If there’s anyone other than that annoying Metatron (Curtis Armstrong) that would know something about the Mark of Cain, I would assume it would be him since he’s been around pretty much forever.

4. I did find Cain’s insight into the Mark somewhat intriguing; especially the part about it working in reverse with Dean expected to ultimately reach a point where he will kill his own brother. Of course, as I jokingly told my wife last night, I’m not sure if that really means all that much considering they have both been killed and come back from the dead plenty of times. I’m not really sure how one more time would really make that much of a difference.

5. I’m still trying to figure out Rowena’s (Ruth Connell) end game. She is obviously manipulating Crowley in an effort to help her resolve her problems with her coven permanently. However, part of me suspects she might also have plans to try to usurp his throne from him. She had a point. His friendship with Sam and Dean can’t be helping his popularity and she is clever enough to take advantage of that.

Final Opinion: In all honesty, this episode was a little bit of a disappointment. There was quite a bit of build-up leading into Dean’s confrontation with Cain but the final battle was actually kind of short and a little too easy for him to win. I think the show wasted a character that could have been a very formidable villain, especially if Rowena would have found a way to get him on her side. 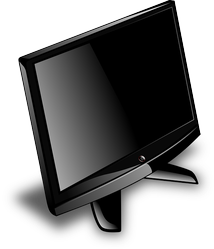