Five Facts You Might Not Know About King Richard III

Behind all the Tudor propaganda and Shakespearean drama, what do we really know about Richard III?

Since being unearthed and formally identified in February 2013, there is a lot more interest surrounding the last Plantagenet king. Richard III is portrayed as a maniacal, deformed child-killer, and yet Ricardians are adamant that the commonly held perception has got him all wrong.

The truth is, of course, that there's still so much we don't know about Richard III. Did he have his nephews murdered, so he could take the crown unchallenged? It's something that is almost impossible to be proven either way.

However, there are some things we definitely do know about King Richard III, and some of them might just surprise you. 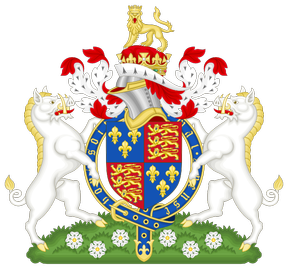 In fact, King Richard III made many overhauls to the criminal justice system that still hold today, like introducing the bail system.

Now, we tend to think of Legal Aid (ensuring that everybody, no matter how poor, has access to legal representation) as quite a modern phenomenon.

However, in Richard's short reign, his government created what would come to be known as the Court of Requests.

This was, in essence, an arena for people who could otherwise not afford to enter a grievance into the courts, to have their cases heard.

This important step, taken toward the end of 1483, is now central to our perception of a fair justice system. And certainly does not seem like the action of a man who wished to reign as a dictator.

The Truth About Richard III

One of Richard's Brothers Was Drowned in Wine

What a way to go! 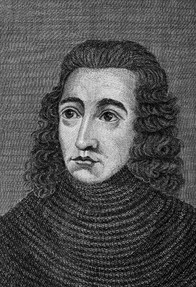 In Shakespeare's Richard III, George, the Duke of Clarence, who is being held in the Tower of London tells of a nightmare he's had, "Lord, Lord! methought, what pain it was to drown!"

Shakespeare's Clarence has been imprisoned by his other brother, King Edward, because a prophecy indicated a man with a name beginning with 'G' would take the crown. Richard is quite happy with this turn of events and does nothing to help his brother. In fact, he sends two assassins to stab poor Clarence, who is then taken away to be placed it in a vat of Malmsey wine off stage.

In reality, the Duke of Clarence was guilty of plotting, and even taking up arms, against his brother and was subsequently sentenced to death. He was privately executed and, contrary to the tradition of the time, he was not beheaded.

Nobody knows for sure how Clarence was killed, but rumor quickly grew that he was drowned in a butt of Malmsey wine - his favorite tipple. A butt of wine is quite easily large enough to be drowned in, and Clarence's exhumed body is not able to give us a definitive method of death. So, it is quite possible that he was murdered with wine.

And in the interests of being fair to Richard - far from hiring his brother's killers, the real Richard vehemently opposed Edward's arresting Clarence.

Richard Was Just 18 When he Commanded Troops at Tewkesbury

The Battle of Tewkesbury was one of the principal skirmishes of the Wars of The Roses - the jostling for power between the House of Lancaster and the House of York.

In May 1471, Edward IV (a Yorkist) was on the throne and, at Tewkesbury, his forces were outnumbered 3,500 to 6,000. Nevertheless, the battle ended with a decisive victory for the Yorkists.

Heading the York vanguard was the eighteen-year-old Richard (then known as Duke of Gloucester). Richard's efforts at Tewkesbury secured his reputation as an experienced, valiant and effective commander.

The author of Pride and Prejudice was a Ricardian...maybe 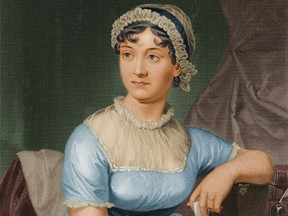 Jane Austen is, of course, best known for her Regency novels. However, she also took an interest in history and, at sixteen, penned The History of England From the Reign of Henry IV to The Death of Charles I.

In it, she says this of King Richard III, "The Character of this Prince has been in general very severely treated by Historians, but as he was York, I am rather inclined to suppose him a very respectable Man...Whether innocent or guilty, he did not reign long in peace, for Henry Tudor E. of Richmond as great a Villain as ever lived, made a great fuss about getting the Crown & having killed the King at the battle of Bosworth, he succeeded to it."

Of course, because Jane Austen was an incredibly witty and, at times, sarcastic creature, it's difficult to tell whether she's being sincere in her claim, "...as he was York, I am rather inclined to suppose him a very respectable Man."

After all, that does seem to be a rather baseless and fatuous comment, unbefitting the Austen we all know and love. So is she simply being humorous, or does she really believe that history has treated the last Plantagenet king unfairly?

The Signature of King Richard III

Richard's Death Has a Mention in The Official Records of York

And they don't seem pleased about the manner of his passing

The city of York certainly did not believe Richard was a vicious dictator who needed to be removed. In the records, the entry pertaining to his death reads as follows:

"King Richard late mercifully reigning upon us was thrugh grete treason of the ducof Northfolk and many othere that turned ayenst hyme, with many othre lordes and nobilies of this north parties, was pitiously siane and murdred to the grete hevynesse of this citie, the names of whome foloweth hereafter. [sic]"

Of course, this doesn't prove definitively whether Richard was a good monarch or not, because ruthless dictators always have loyal followers.

But the city of York's opinion that he was a victim of 'treason' and that he was 'piteously slain' certainly indicates that not everybody's perception of King Richard III was black.

Want to Know More About Richard?

Did Shakespeare Have Richard III All Wrong?
The theory was that by uncovering Richard III, we would learn more about the man behind the legend. Has he been unfairly represented for over 500 years?
Updated: 07/30/2013, WiseFool
Thank you! Would you like to post a comment now?
12

Hey, Jo. Yeah, it is young - even considering the fact that average life expectancy was much shorter than it is in our day and age.

I thought I knew most of what there was to know about Richard, but even I learned stuff here. For example, his age at Tewkesbury hadn't clicked with me. That is very young to be leading an army!

Thanks, Georgette. It's not something I knew of until very recently. It's weird how the bias against Richard III is still so heavily rooted in our knowledge and perception of him, so much so that the positive changes he made as monarch are unknown to the wider public.

I enjoyed reading this and found it very interesting. The history of, specifically, "Court of Requests" I did not know but should have...thanks for enlightening me!

Thanks, Elias. You're right. What we know of Richard primarily comes from Shakespeare, which, in turn, comes from a, let's say, biased historical view. So, he's got this reputation as one of the most evil men to ever grace the Earth and that may well be unfair. Finding him has meant that people are taking a closer look, though and opinions are changing - among some people anyway. The more I read about him, the less convinced I am by the Tudor version of events.

Very interesting. I guess the world knows a lot about him through Shakespeare and that is something hard to change in the immediate future but who knows what will happen in the future?

Thank you, Kathleen. Really glad to hear it. 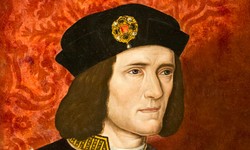