Some of the most famous courtesans in history have been so successful in their careers that they have gone on to become mistresses of kings. Some died rich, others in poverty.

On a walk around Mayfair, I was taken to the house where the last Victorian courtesan, Skittles, lived. That got me thinking, about her life, and the lives of other famous courtesans. This article is a quick canter through the lives of some of the most famous: Catherine “Skittles” Walters, Nell Gwynn, Mary Boleyn, Madame du Barry and Cora Pearl. One was executed, two died in poverty, two died in comfort. Only one of these, Mary Boleyn, was not what might be termed a professional courtesan.

A while back, I went on a guided walk around part of Mayfair, London.  One of the places we went was to the house of a famous Victorian courtesan nicknamed Skittles.

She is alleged to be the last Victorian Courtesan.  Her real name Catherine Walters.  She progressed from her humble beginnings as one of five children to keep company with politicians and aristocrats. She was born in Liverpool; her father was a customs employee.  Her mother, a heavy drinker, is believed to have died when she was four.  She probably earned her nickname from working in a bowling alley as a young teenager.

Catherine started her career as a courtesan at age 16, when she became the lover of Lord Fitzwilliam.  She went on to have affairs with a number of other men, and went on to become the mistress of the then Prince of Wales, Napoleon III (like many others in that age, Skittles lived in Paris for a while) and the Marquis of Huntingdon, to name a few.  She was a great beauty and a skilled horsewoman – Edwin Landseer painted “The Tamed Shrew,” which is reputed to have been based on her.  Unlike many others of her age, Catherine did not try to seek revenge on her lovers when the relationship ended, nor did behave like a “gold digger,” no doubt earning her lifelong affection from her past loves.  Skittles was one of that special breed who managed to save her money and died at age 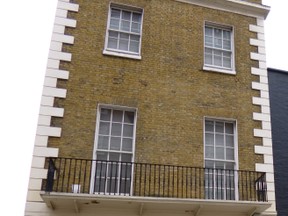 The house in Mayfair where Skittles once lived

Before Skittles, there was Nell Gwyn, mistress of Charles II. Samuel Pepys called her “Pretty, witty, Nell.”  Nell started out selling oranges at the King’s Theatre, where she met actor Charles Hart, and became his mistress.  She called him Charles the First.  This relationship launched her acting career – rare for a woman, as all actors had been men up until around that time.  From Charles Hart, she became the mistress of Charles Sackville, Lord Buckhurst.  Nell called him Charles the Second.  After that, she became (one of the many) mistresses of Charles II, whom Nell called Charles the Third.  Nell bore the king two sons, one of whom died young, the other was made Duke of St Albans.  Although the king awarded her a pension, when he died, Nell’s creditors started calling in her debts, and she was in danger of going to debtors’ prison for a while.  Nell appealed to Charles’ brother, James II who helped her out.  She died at just age 37.

Madame du Barry, Jeanne Becu, was the last mistress of King Louis XV of France.  She too started from humble beginnings, being the illegitimate daughter of a seamstress.  It seems that she worked in a brothel in her early days, where she met Jean-Baptiste du Barry.  He soon installed her in his house, and she became his mistress, but also helped her to establish herself as a courtesan.  She had a series of lovers, but could not just become acquainted with the king without going through the court protocols.  This was achieved first, by her marriage to Comte Guillaume du Barry, brother of her lover.  Then she acquired an official sponsor, Madame de Bearn, who agreed to do this so that her gambling debts would be paid.  Jeanne was presented at court in 1769 and went on to become the king’s mistress.  However, in 1774, the king fell ill and died.  Madame du Barry was exiled from court – she and Marie Antoinette were not great friends.  She was executed in 1793.

Keeping it in the family was Mary Boleyn, sister of Anne Boleyn.  She was one of the mistresses of Henry VIII.  The story goes that she and Anne were studying in Paris, where she had an affair with King Francis.  (Start as you mean to go on.)  She returned to England in 1519, and became one of Catherine of Aragon’s ladies in waiting.  (Catherine was Henry VIII’s first wife.)  Mary got married in 1520 and is believed to have started her affair with Henry the following year.  Their relationship lasted for about six years.  Mary died on 19 July 1543.  She was in her early forties.

Cora Pearl was a contemporary of Catherine Walters, born Emma Elizabeth Crouch, in Plymouth.  Her father was a composer and musician; he walked out on the family when Emma was young.  (By the time he died, he is believed to have fathered at least 20 children, by a number of different women.)  Emma moved to London to live with her grandmother and got a job working for a milliner.  Whether or not the story is true, we cannot be sure, but she told the story that when she came out of church one day, her maid was missing.  A man came up to her, offering to buy her cakes and she agreed.  He got her drunk, and the rest, as they say is history.  However, he did leave with a £5 note.  Realising that she couldn’t go back to her grandmother’s, she set herself up as a prostitute.  She met someone called Robert Bignall, became his mistress and went to Paris with him.  He returned to England, she stayed in Paris, and renamed herself Cora Pearl.  In Paris at this time, courtesans were known as Les Grandes Horizontales, and many became famous for being who they were.  (Sarah Bernhardt is said to have been a courtesan between acting roles.)

Like Skittles, Cora had a liking for horses – she owned 60 at one time, as well as some expensive carriages.  It was she who started the fashion for courtesans to take carriage rides in the Bois de Boulogne.  Cora also numbered many wealthy and well-known men amongst her lovers – the Duke du Mornay, Prince Achille Murat and Prince Napoleon, all of whom were related.

Cora returned to England after France declared was on Prussia, but returned to Paris soon after, but by now, Paris had changed, and she ended up in debt.  She had to sell one of her houses to pay off her debts.  She met a man 12 years her junior named Alexandre Duval.  With her expensive (perhaps extravagant is a better term) Cora soon bankrupted him.  If he couldn’t afford to pay her, he wasn’t wanted around anymore, but he turned up her house one day with a gun, and tried to force himself in.  He shot himself on her doorstep.  Perhaps she didn’t realise how seriously injured he was or perhaps she had called for help and assumed it would arrive, but Cora shut the door and went to bed.  Duval survived, but the rumour spread that it had been Cora who had injured him.  She was asked to leave France.  She did return to Paris later, but life was not the same for her, and she died at age 51, with only 20 people at her funeral.

Cora Pearl as Cupidon in Offenbach's "Orpheus in the Underworld"

You're absolutely right, often away to supplement a meagre income. I sometimes wonder how far we have moved forwards?

Always interested to read how women made their own lives before suffrage allowed us to make them without asking some bloke's permission first. Unfortunately, at least to me, many of them did end up as courtesans and prostitutes, especially if their menfolk were away at sea or war. Not sure that much has changed - the guys have a girl in every port, their wags have a man on every ship, at least as I hear it. Sleeping your way to the top started many centuries before Hollywood claimed it as theirs. Immortalised in An Officer And A Gentleman, where Officer Worley's girlfriend states that she would only marry him if he had passed his exams because she wanted to travel the world as an officer's wife.

Thanks Mira Apparently, Anne Boleyn was extremely ambitious and wouldn't "put out" for the king until she snared him. Although that back fired on her a bit further down the road, didn't it?

Interesting article, Susan! I learned a little bit more history. It's amazing how society worked, and how many affairs happened in very small circles. I didn't know of Mary Boleyn, for instance. Also didn't know how Madame du Barry gained her fame and fortune, even as I was familiar with her name.

Thank you Abbey Fitz! I confess to having some fascination for courtesans. I ' put it up there with Premiership football managers in terms of job security!

I really liked this article. I can't say courtesan history was on my radar, but this was fascinating! 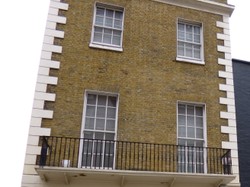 The Book of the Courtesans: A Catalogue of Their Virtues
100%  39   15 frankbeswick
Other History