a unique way to decorate

I love to take photographs of flowers. I find nature to be very inspiring and I appreciate it's beauty. To me it tells a story and I love to see what story it is going to express on the day I am photographing. I especially love when I find ladybugs on flowers. They are my favorite thing to photograph outside of flowers. There is something happy about ladybugs to me and I find them to be inspirational in nature as well. Did you know that the ladybug is a symbol of good luck? I did not realize that until I did some research after photographing the ladybugs you will find on daisies, lavender and in poppy flowers in my photography.

My camera is an SLR camera.  A Nikon D3100. It takes good pictures. To take pictures of flowers I use either the macro setting on this camera or I go into semi manual mode by adjusting the aperature to between 4 and 6. I recently started experimenting with the aperature. I love the bokeh or blurred background that the setting gives the photograph. It turns a picture of a flower into an art piece.

I sell my photography in a few places such as Imagekind, Zazzle and on Amazon.com. At Amazon you can find my photography on light switch covers which is the focus of this page. I do have a Zazzle store Be Inspired (this link is clickable and will take you to my store) that has gifts to match what you will find in my inspirational line at Amazon. I originally wanted to offer postage, posters and magnets to match what is on Amazon, which is where the inspiration for Be Inspiration came from.

I put a few posters from my Zazzle store here so you can see some examples of my photography as well as what is at Be Inspired.

my photography at my store: Be Inspired

picture taken by me

I often get an inspiration to photograph on a particular day. An idea pops into my head of where to go. There are times where I find flowers on the way to where I was going to go and don't up up at the destination originally thought up. I tend to get a feeling that I may end up not going to my desitnation and that I should be on the look out on the way there for flowers or nature that attracts me. That happened to me the other day. I had an idea to go photograph a bridge. On the way to the bridge I thought I don't think I am going to the bridge but somewhere in between. Then I had the idea to go to a place that has flowers I saw along the road and I found a large patch of Iceland poppies that I did not know were there. It makes me glad I listen to the intuitive ideas I get. They usually end up bringing me cool places with nice surprises. Today when I had an idea it turns out someone was watering the flowers I had thought of taking pictures of, so I ended up with flowers with water droplets on them that turned out looking unique. This is how my photographs often come about, through inspirations that come to me on any given day. I take many photos on a flower photographing day. You may think you have gotten a shot that you did not, so I take the advice of most photographers, take lots of shots. This has been a great idea! I often have some that look great and some that are blurry that I did not realize were blurry or the camera focused some where other than where I wanted it to. I actually took many pictures of a ladybug one day and did not have one be good. That does not often happen. It was very disappointing. Photographing flowers, ladybugs etc. is a passion for me. I get lost in photographing and can do it for hours, feeling amazed by the beauty of nature and inspired by the story it tells you. I hope you can see some of that story in my photography!

I love to be inspired. In my photography I try to express the story I saw in nature or that particular flower or group of flowers. I also have inspiring quotes with flowers available. My flower photography is also on a number of other products such as mousepads, wall clocks, desk clocks, keychains, greeting cards in sets of 6 or 12 on Amazon or as single cards on Zazzle. It is available on coasters at Amazon in your choice of soft, ceramic, or glass. I love the coasters! There are shirts, bags, posters, postage (from Zazzle) and so much more. I hope you will feel inspired to check it out.

You can see a few more photos I took on my blog post: Photography

This is my camera

The Nikon D3100 is a 14.2 megapixel DX format DSLR Nikon F-mount camera announced by Nikon on August 19, 2010. It replaces the D3000 as Nikon's entry level DSLR. It introduces Nikon's new EXPEED 2 image processor and is the first Nikon DSLR featuring full high definition video recording with full time autofocus and H.264 compression, instead of Motion JPEG compression. Use is assisted by two Guide Modes: Easy Operation and Advanced Operation tutorial. Like Nikon's other consumer ...
Updated: 01/26/2012, Jewelsofawe
Thank you! Would you like to post a comment now?
8

Hope you were inspired!

Your ideas are inspiring and the pics are amazing to switching on the creative lights in my brain's darker areas.

Thanks for the pics. My favorite flower is the hibiscus.

Light switches: nice idea of how to use your photographs! Brightens up a room.

Oh good, another zazzler.
Your photography is wonderful!

How beautiful! And I love the idea of having floral light switch covers - a little pop of nature's beauty in every room!

The second in a series to help you make a room look brighter and larger. Mirr...

Many of us have small rooms in our homes. Fortunately it's easy to make a roo... 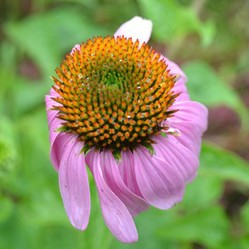 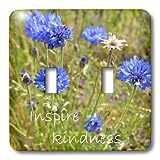 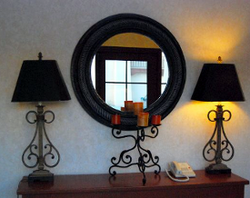 The second in a series to help you make a room look brighter and larger. Mirrors add light to a room, while clever posters and artworks can create an illusion of a larger room.
100%  12   19 WordCustard
Windows, Doors and Walls 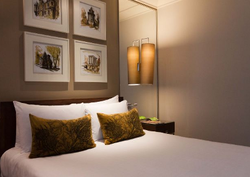 Many of us have small rooms in our homes. Fortunately it's easy to make a room look bigger and brighter using a little decorating know-how. We start with paint and color.
Loading ...
Error!