The History, Design, and Function of the Gas Welder

Prepare to learn some history and how the gas welder is used (before and now)...

Credit is given to two French engineers, Fouche and Picard for the development of the first oxygen - acetylene based welder. In 1903 these two gentlemen were able to create this amazing machine that was (and is) able to successfully weld separate pieces of metal together, many times achieving a stronger end product than the original piece of metal.

This form of welding is referred to as oxy-fuel welding or gas welding and uses the combination of gases and oxygen to effectively mold two separate metals into one. While this type of welding has fallen out of vogue in many industrial areas, it is still successfully used today in pipe welding and repair work (including automotive repairs).

Here Are Some Resources For Gas Welders

Gas Welding Still Very Much Has A Place 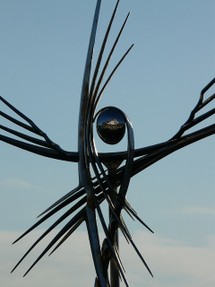 A gas welder is extremely versatile in the type of metal that it can be used on, making it a great choice for artists that enjoy creating art from metal.

In addition, there is a chamber that works to mix the fuel and oxygen. These components combine to create a handle for the welder to hold while manipulating his or her welds. At the terminal end of the torch is a tip that forms the flame. The most common fuel (gas) used is called acetylene.

These hoses are constructed as a double component. The two hoses are conjoined, green signifying oxygen and red signifying fuel. Gas welding also requires the addition of a filler material as one is completing a weld. When the filler material is added, the two ends join together. Once the joint cools, one solid piece is formed.

Acetylene is the most common gas used in this process although others may be preferable based on the materials to be joined. An experienced welder will know which gas to use, as well as which filler. He must also know how long to heat different metals to ensure the weld will hold under normal conditions.

An experienced gas welder will be able to melt the two pieces of metal, add the filler and make it all look like one solid line of weld. Those with less experience may end with a dotted looking weld.

Looking For A Gas Welder?

This unit sells for about $154.00 currently on sale for 79.00 on Amazon.com) and comes with a variety of accessories, including a spark lighter and tip cleaner.

Other features of this model are 1/4"x15' twin hose with connectors, three welding tips, an acetylene regulator and a spanner.

Consider the Retractable Oxygen-Acetylene Welding Hose Reel for this model as it will make any task easier. This unit is great for any job that you are doing.

If a bigger unit is needed, check out the Campbell Hausfeld WG3080 120 Volt Pro-125 Flux-Core Welder.

This model is fully self contained and can travel anywhere you need to go. Features include check valves with dual-valve torch handles, large 2" regulator gauges, and welding power up to 3/32" and cutting power up to 1/2" for steel.

Two welding tips are included as is a 12.5 foot dual-line Dayco hose.

Best of all, this kit has space to hold a 5 cubic foot acetylene tank and a 10 cubic foot oxygen tank. Both are included when purchasing.

All of this comes with your welder and the price is only $395, perfect for everything from auto repair to jewelry making.

Welders Described To The Left

Gas welding has been around since the nineteenth century and remains popular today. With the variety of tasks you can complete with this style of welder, one machine can do the job of many.

For any workshop or auto repair center, a gas welder is still the welder of choice. The versatility of these machines explains why. 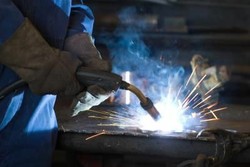 Blacklights are used by law enforcement officers, forensic scientists, and for commercial purposes (as well as entertainment).
45%  3   5 paperfacets
Manufacturing

Years ago I became obsessed with Telechron clocks. I still have most of them in boxes. The desire to collect is strong and the vintage alarm clock has lots of history to admire.
Loading ...
Error!