Feed the hungry is a misnomer as the world's population growth is out of control with no natural checks and balances thanks to modern medicine and misdirected help from do gooders.

Food Is Running Out

Recently I heard Michele Obama pleading for global hunger to be eliminated. The following day I heard that the oceans are about to experience the greatest decline of water dependent species ever. The two things do not add up.

Recently Australia pledged millions of dollars towards feeding the hungry in Africa. This was in response to the donations of philanthropists, like Bill Gates, who also pledged millions towards the same cause. But what they never took into account is where is the food going to come from?

With massive droughts hitting several agricultural areas, floods destroying crops in others, and super fires devouring staple crops everywhere, global warming is taking a massive toll on the ability to produce more food, even to keep up the status quo. Add to that the massive increase in the number of children kept alive through medications and vaccinations and the result is massive starvation, not only for poorer third world countries but the world in general.

Overpopulation and the Big Crush

We are inundated with stories and warnings about global warming and everyone blames the output of carbon into the atmosphere but rarely do we hear that overpopulation is the chief cause of it. The more people there are the less forests we have and the less trees to reduce carbon in the atmosphere.

In countries where education is sparse or non existent the population is mainly out of control. In most of these societies religious dogma rules their day and that involves ignoring family planning and having more children. It also involves very poor or non existent wages and poverty in the extreme. In places like certain Arab nations, as an example, the population is totally unsustainable and people are fleeing. They simply have no space and they look to the west for a better life and will take enormous risks to get there.

The countries they leave are devoid of large scale agriculture, desertification is on the increase, and many families comprise five or more children. Many are involved in sending these kids overseas with smugglers in the hope of getting to a new country. But they take their ignorance with them and continue in the same thinking when the new place of abode does nothing to dissuade their breeding. In fact, the opposite is usually true.

But Humans Oppose It

Nature has a way of balancing things out for the good of all. Things like tsunamais, cyclones, floods, droughts, fires, earthquakes, disease and stavation are just some of them. It does not discriminate and the most vulnerable are usually the young.

But that does not suit mankind who wrongly believes that we have the right to oppose nature and to preserve life at all costs. Human life that is! We can flaunt our intelligence against nature to dominate everything to the extent that we are fast heading to the day when humans alone will inhabit the planet and the things we depend on for food will be gone.

We are racing headlong into that time.

Reason states, therefore, that every human born should not be kept alive against the natural forces that protect the planet. The medical profession and religious dogma act against these forces to bring the world to the point of destruction. The bottom line for them is money as they are paid for the misinformation and pollution they cause.

Keepng children alive by preventing the diseases that would kill them may mean sending them into a situation where they will die agonising deaths from hunger. Keeping everyone alive against nature's checks and balances will inevitable lead to massive death from starvation, heat exhaustion, nature's fury or something else.

Should We be Keeping Everyone Alive?

Or are we doing things wrong?

Last night I watched a documentary on conditions in Somalia. This is a country where westerners do have some input but very little help is ever offered.

Because the population is so large, poor and uneducated dictaors rule. They torture, rape, murder, and devastate populations of people just to get rid of them. They treat humans worse than animals. The slave trade is rife and to make matters worse it has just had a horrendous drought so many have no food.

Familes have fled across the border into Kenya and one woman was seen sitting under a few rags stretched over poles for protection from the heat. The area was devoid of just about everything that would be found in a normal home. No furniture, no cooking utensils, virtually nothing. She constantly wiped her brow with the material she wore. There were no sign of children.

As she told her story tears came to my eyes. Several of her children were taken by the soldiers before she fled and she saw one ripped apart and eaten by a hyena. She sits alone because she now has nothing. Such stories are frequent among illegal migrants who flee persecution, starvation and horror like we cannot imagine.

How Should They be Helped?

Is Keeping Children Alive the answer

A very interesting topic. I agree that overpopulation is a big problem for the world, but I don't think we should just leave people to die. It would be better to ensure that people in the developing world have adequate access to contraception and to provide them with better education. Poverty is a major problem, as some people have large families to compensate against high infant mortality rates. They also have large families so that their children will be able to look after them in old age.

Bare facts well discussed!
Hunger is the problem of the globe that needs immediate attention!

Clearly over population is an issue. Education, birth control and so forth would seem to be the best solution. In general it has worked well in western countries.

I love your article. Tweet it to my followers.

I love your article. Tweet it to my followers. 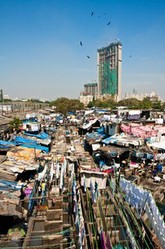