There is little differentiation between Google
Venezuela and the general internet population,
except that the majority of visitors,
unsurprisingly, are Spanish speakers:
their education level is higher.

Less visitors than the average use the site from school.

The URL to access Google Venezuela is Google.co.ve not google.com.ve. This homepage is about the 200th highest ranked web-site in Alexa's Traffic Rank table. In Venezuala it is number 1, in front of Facebook and google.com. It presents search results focusing on Venezuela, and internationally, in both Spanish and English.

Most of the search queries are for search phrases other than those to access Google products and functions, so the bounce rate is high. Research is the main function.

Google Venezuela arrived on the internet scene on June 1st 2003, when it looked as below (Note: it was in English to start with):

The nearest offices to Venezuela are in Brazil:

No Google job vacancies for Venezuela were found.

Venezuela, officially called the Bolivarian Republic of Venezuela, is a tropical country on the northern coast of South America. It borders Colombia to the west, Guyana to the east, and Brazil to the south. Its northern coastline of ...

Venezuela is a Republic which forms the northernmost coast of South America, along the Caribbean Sea. It is bounded to the west by Colombia and to the southeast and south by Guyana and Brazil. Most of the Spanish-speaking population live in the towns and cities along the coast.

In the north-west a spur of the Andes mountain range runs south-west to north-east. The River Orinoco divides the country: north of the river are the undulating plains of the Llanos; south are the Guiana Highlands.

The climate ranges from warm temperate to tropical: temperatures varying little throughout the year; rainfall varies little, and is plentiful.

In the Llanos area are cattle farms: herds being moved across the plains. Consequently, Venezuela is almost self-sufficient in meat. Sugar cane and coffee are grown for export.

Petroleum and gas, mainly from the Lake Maracaibo region, account for the majority of export earnings.

Capital of Venezuela is Caracas.

Currency of Venezuela is the Bolivar.

Of the approximate 27 million inhabitants of Venezuela around 21.5 million speak Spanish. There are significant population of immigrants that speak the following languages (you can use Google Venezuela in these languages by utilising the URL shown next to each, where appropriate) :

There are also a number of Amerindian languages spoken (many with few speakers). Those languages with more than 2,000 speakers are:

If you would like to see Google Venezuela in English then use the following URL:

Tribes of the Venezuelan Rainforest

Google Play USA
Google Play arrived in the USA on a bright and sunny morning. When will it be rolling out to the rest of the world? You will be in for a treat, whenever that may be.

At the base of the home page there are links to:

Google.co.ve can be found, as follows:

Venezuelan pages can be viewed using the Firefox browser (Spanish version only). Use this Firefox URL:

Copy and paste the Venezuelan news item to translate.google.com for a translation

Remember that you can translate the entries using translate.google.com 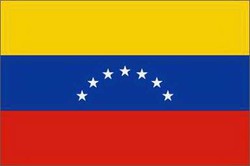 Do you write on line? Looking for some tips on writing for the web? Want more readers, more interaction with them, maybe even more sales?
100%  10   2 humagaia
Search Engines