Actor, musician and painter David Bowie, who passed away on January 10, 2016, enjoyed global appreciation of his distinctive creativity dating back to "Space Oddity" (1969).

David Robert Jones, known professionally as David Bowie, was an imaginative actor, art collector, musician and painter whose fashion flair garnered recognition for him as one of GQ’s 50 best dressed British men in 2015. Born Jan. 8, 1947, David Bowie passed away Jan. 10, 2016, 18 months after a diagnosis of liver cancer, in his Central Park condominium at 285 Lafayette Street in Manhattan.

David Bowie praised Chris Hadfield's rendition of "Space Oddity" as "possibly the most poignant version of the song ever created":

David’s childhood passion for music led to joining a band, the Konrads, as saxophonist and backup vocalist, at age 15, in June 1962. The next year, in July 1963, South London-born David gave up studies in art, design and music at Greater London’s Bromley Technical High School to pursue his professed career goal of pop star.

David’s disenchantment with his band mates’ preference for pop standards instead of blues numbers for the Konrads’ song repertoire propelled him to form a rhythm and blues band, the King Bees. A letter in April 1964 from young Davie Jones to John Bloom sought the wealthy washing machine magnate’s support in launching his musical career. David’s pitch included: “Brian Epstein’s got the Beatles, you should have us. If you can sell my group the way you sell washing machines, you’ll be on to a winner.”

John Bloom referred David to his friend Leslie Conn, manager of Doris Day’s music publishing company and talent scout for Dick James, who partnered with Brian Epstein, John Lennon and Paul McCartney to found Northern Songs Ltd. in 1963. An audition at Conn’s flat near northwest London’s 19th-century landmark, Marble Arch, persuaded Conn to sign on as the King Bees’ manager and led to the release of David’s first single. On June 5, 1964, Decca Studios, based in northwestern London’s West Hampstead, released “Liza Jane” on the A-side as an arrangement of blues-, folk- and jazz-standard “Li’l Liza Jane” by Davie Jones and the King Bees. Decca Records’ Vocalion Pop label featured Paul Revere and the Raiders’ song “Louie, Louie Go Home” on the single’s B-side.

David’s first single did not bring him commercial success. Yet, he persisted. Along the way David changed his stage name several times, starting with Tom Jones and finally settling on David Bowie. The search for a new stage name was prompted by confusion with rising star David Thomas “Davy” Jones (Dec. 30, 1945-Feb. 29, 2012), whose life-changing role as the Artful Dodger in West End and Broadway productions of Oliver! from 1962 to 1964 ultimately led to even more meteoric musical success in the made-for-television rock band, The Monkees.

David described the knife’s impact as: “It is the medium for a conglomerate of statements and illusions.” David pronounced his last name as BOH-ee, whereas the knife and its namesake are pronounced either as BOO-ee or as BOW-ee (rhymes with now).

Super stardom success arrived in David’s determined, imaginative, sensitive life with the release of “Space Oddity” as a single on July 11, 1969. The B-side featured David’s art rock, psychedelic folk tribute to the world’s disassociated, “Wild Eyed Boy from Freecloud.” The compelling lyrics and music about fictional astronaut Major Tom in "Space Oddity" secured for David his first UK Top 5 hit and, in 1969, a Special Award for Originality at the 15th annual presentation of the globally respected Ivor Novello Awards by the British Academy of Songwriters, Composers and Authors (BASCA).

Major Tom resurfaced in David’s fast-selling, No. 1 UK single, “Ashes to Ashes” in 1980 and in “Hallo Spaceboy,” first released Sept. 26, 1955, on David’s 19th studio album, Outside, and then issued as a single in February 1996. The single’s B-side featured “Under Pressure,” which became a classic in Queen’s live repertoire. Emerging from a jam session at Queen’s studio in Montreux, southwestern Switzerland, in one of those don’t-you-wish-you-were-a-fly-on-the-wall moments, “Under Pressure” represents the collaborative musical gifts of David Bowie and Queen’s classic lineup of unforgettable Freddie Mercury (Sept. 5, 1946-Nov. 24, 1991), John Deason, Roger Taylor and Brian May.

After serving as opening act to David Bowie’s phenomenal success as a world-renowned actor, musician and painter, Major Tom also closed David’s Earthly show. Major Tom made his final appearance in David’s creative musical career on ★, a stylization for Blackstar, released as a lead single Nov. 20, 2015, and as the title track on David’s same-named, final studio album, released on his 69th birthday, Jan. 8, 2016. “Blackstar” plays as the opening music for The Last Panthers, a six-part European crime drama television series premiering Oct. 26, 2015, in France and Nov. 12, 2015, in Austria, Germany, Ireland, Italy and the United Kingdom. Inspired by the Pink Panthers, an international network of primarily Balkan-membered jewel thieves, the crime drama premieres in the United States in spring 2016 via Sundance TV.

David is survived by his second wife, Iman Mohamed Abdulmajid, their daughter Alexandria Zahra Jones (born Aug. 15, 2000), and Duncan Jones (born May 30, 1971), David’s son from his first marriage to Mary Angela “Angie” Barnett Bowie. Duncan debuted as a science fiction feature film director with critically acclaimed Moon in 2009, which he followed with the critically acclaimed, box office success, Source Code in 2011. His latest directorial project is Warcraft: The Beginning, an epic fantasy film based on the popular Warcraft media franchise and set for release June 10, 2016. David’s first wife, Angie, currently is one of 16 celebrity housemates on Celebrity Big Brother 17, the 17th series of the British television reality game show.

Words from “Ulysses” by Alfred, Lord Tennyson, fittingly describe the larger-than-life, passionate personas projected by David Bowie throughout his artistic and musical journeys:

“I will drink life to the lees”;

“I am become a name; For always roaming with a hungry heart much have I seen and known”;

“a bringer of new things.”

Perhaps, most descriptive of David Bowie’s creatively gifted life, however, are words from the song that clinched his fame, “Space Oddity,” and that was performed by Canadian astronaut Chris Hadfield prior to his return to Earth from the International Space Station on May 13, 2013:

“This is Ground Control to Major Tom

This is Major Tom to Ground Control

Published on YouTube on May 12, 2013 by Chris Hadfield ~ URL: https://www.youtube.com/watch?v=KaOC9danxNo

High on the list of the festival's interesting events was a showing of "Moon," film serving as feature film directorial debut for David's son, Duncan Jones.

David Bowie with his only son, director Duncan Jones:

Blackstar ~ Available via Amazon ~ #1 Best Seller on Amazon in Music!

David Bowie portrayed Jareth the Goblin King in Jim Hensen's 1986 fantasy movie Labyrinth and in two Labyrinth-soundtrack music videos, "Underground" and "As the World Falls Down."

Mira, Yes, David Bowie more than held his own against the (of course) fine acting by Christian Bale, Michael Caine, Hugh Jackman and Scarlett Johansson. It's a film that has staying power since I've seen and re-watched it a number of times over the past decade for many reasons, including of course David Bowie's most convincing portrayal as Nikola Tesla (in a fictitious incident) during his Colorado sojourn.

Really? David Bowie was in that movie? I can't believe I missed it. Seeing it also has a score of 8.5 on imdb, it's now on my list of DVDs to buy. Thank you!

katiem2, Thank you! David Bowie always brought such a conscientious, unique interpretation to everything he did. I never have forgotten the realistic, thoughtful sensitivity that he brought to the role of Nikola Tesla in "The Prestige" with Christian Bale and Hugh Jackman.

This is a lovely David Bowie tribute, I enjoyed contemplating his talent and impact on society.

The world lost an amazing person, yet the universe gained another brilliant star.
Godspeed, David Bowie

Mira, David Bowie impresses me with the care and conscientiousness behind every contribution to people being culturally enriched, educationally entertained, and geohistorically enthralled. His performances before the camera and on stage always attest to that in their perfection. I'm happy that our lifetimes overlapped.

Thank you for this.

Thanks for the lovely tribute to David Bowie. 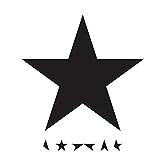