T-BONE WALKER and B.B. KING are two amazing guitar legends. Learn about the humble beginnings of both T-Bone and B.B.King

The love of guitar forms a bond unlike any other with the wood, strings and steel a guitar become a living and breathing thing in the life of a musician.

For this reason so many greats could not get enough to spite the difficult times many experienced they naturally became the self taught artist and legends we love today.

You too could be one of the self taught greats, simply follow such legends, listen and watch them perform and let the inspiration flow. Lets explore a few big favorites who have changed the way we hear and appreciate the guitar.

It all began in Texas for this guitar great. T-Bone made the guitar a beautiful and artful thing. He fell in love embracing this instrument and transforming it into a free and wild spirit that gave birth to the bond between strings and the blues.

T-Bone first laid hands on a guitar at the ripe ole age of 13, in the year 1923. He played at family gatherings. T-Bone progressed in his art, by the age of 16 he developed a powerful harmonic ability that launched his popularity.  He became so popular the played just about any social in the Dallas area by popular demand.

Jimi Hendrix Guitar Lessons,T-Shirts and Posters
Jimi Hendrix a guitar God and one of the biggest guitar legends of all times Buy Jimi Hendix T-Shirts, Posters and Videos.

The Determination of T-Bone Walker

Nothing kept T-Bone from his passion, playing and performing.

It was 1929 when T Bone created his first recording. The times were hard leaving this great legend with a mere profit of little revenue as the recordings sales were slow and poor. This nor any other hardship kept the gifted artist from his craft. He performed at the drop of a hat as this music lover would pick up his instrument any place and any time. This is believed to have been the best advertising helping T-Bone to be exposed and talked about.

T. Bones passion drove him to the streets. In 1993 he began playing in the streets for change with Charlie Christian who also lived in the Dallas area. Imagine walking down the side walk and hearing the amazing tunes of T. Bone Walker.

It was during this time that T-Bone developed that showmanship he’s now famous for.  He let loose in the streets with his dancing, splits and all his flare even playing his guitar behind his back like a modern day rock star. You now know where that move originated.

The 40’s were the big break for T-Bone as finally the hit records began to flow. Some of these hits are;

It’s been said Walker was the inspiration for B.B. King.

T. Bone no doubt inspired many great performers to date.

Buy Beatles Beatlemania Posters and T-Shirts Plus
Beatlemania is alive and well read amazing Beatles facts, buy great posters and t-shirts plus music and information on the Beatles can be found here.

The influence of B.B. King has changed and improved the styling of many guitarist to date.

Of all the greats B.B. King has been named one of the biggest influences of other successful guitar greats, more so than anyone else in the world. He is no doubt the most influential guitarist in the entire world. He is loved and admired world wide and evokes awe still today.

He first displayed his magic performing in Memphis during 1947 where he worked in clubs and on a radio station WDIA. It was there he became known as The Beale Street Blues Boy. This is where B.B.King came from.

Throughout the late 40’s and early 50’s B.B. King performed his very energetic and lively blues with an orchestral sound he loved so well. B.B. King is famous for the art of squeezing the strings creating the sustained song tones. It has been said many a time by numerous greats that they learned this talented skill from watching B.B.Kings example.

Really what can be said about B.B.King when you can listen...enjoy B.B. King Videos and get the real picture.

The greatest hits of The Andrews Sisters, from Boogie Woogie Bugle Boy to Rum... 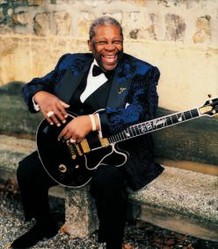 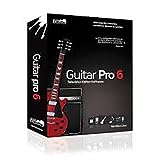 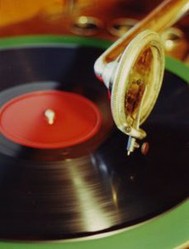 The greatest hits of The Andrews Sisters, from Boogie Woogie Bugle Boy to Rum and Coca-Cola, naturally with plenty of Bing Crosby.
100%  10   14 DerdriuMarriner
Solo Singers