Haydn: The Genius Who Wrote the Trumpet Concerto

Many classical music lovers first discover Haydn through his oratorios, such as "The Creation" and "The Seasons", and through his symphonies, such as the "Farewell" and the "Surprise". Haydn is credited with having created the form of the modern symphony and the modern string quartet -- but, equally important for us, Haydn's music is simply enjoyable to listen to!

Born in 1732 into a large family in Rohrau, Austria (he was the second of twelve children), he spent nine years at the Cathedral Choir School of St. Stephens, Vienna. From 1749 he lived a precarious life, earning his keep by teaching music, by playing in street orchestras and for a time working as valet-accompanist for the Italian composer, Nicola Porpora. During this period he taught himself to compose music (partly by study the works of Carl Philipp Emanuel Bach).

In the years 1759-60 Haydn worked for Count von Morzin as Kapellmeister (music director) of the Count's court musicians. He directed the orchestra and wrote his earliest symphonies.

In 1761 Haydn entered the service of the wealthy aristocratic Esterhazy family. He was their court musician and musical director and he was to remain in their service for many years -- until 1790. He lived on the remote Esterhazy estates (first at their castle in Eisenstadt and then at a new palace in rural Hungary) and, thus isolated from most of the composers and musical trends of his time, Haydn was, as he admitted, "forced to become original".

During the almost thirty years that spent with the Esterhazys, who were musical conoisseurs and very supportive of Haydn, the composer produced a vast number of works (by 1790 he had completed more than 70 symphonies and 50 sonatas for the piano, as well as works for the baryton, string quartets, operas and church music). His style developed and he developed an international reputation.

From 1784 Haydn mentored Mozart, who learned much about the symphonic form from Haydn. In return the latter was highly impressed by Mozart's compositions.

In 1790 Haydn made the first of two highly successful visits to London, responding to an offer from the German impresario, J. P. Salamon, to come and conduct there. Apart from putting on very successful concerts there, he composed a number of important works in this period, such as the "Surprise" and the "London" symphonies.

In 1790 Haydn met Beethoven in London. Later, Beethoven was for a time a pupil of Haydn.

Haydn spent his final years in Vienna. During this period he composed two wonderful oratorios, "The Creation" (1798) and "The Seasons" (1801), as well as six important masses, including his Mass in D minor ("The Nelson") (1798).

The Musical Works of Haydn

Highlights of Haydn's music works include:

String Quartets (84 in all)

Choral Works (including Oratorios and Masses)

Haydn is regarded as having founded:

As such, later composers such as Beethoven, Mozart, Brahms, Mendelssohn and Schubert owe a huge debt.

Haydn's oratorio, The Creation - "The Heavens Are Telling"

Read All About Haydn: Books from Amazon

Haydn on the Internet

Joseph Haydn Quotations
Quotes from and about Haydn.

Mozart: The Genius Who Composed The Magic Flute
Mozart's music has never been more popular. Movies have made about the man. So who was Mozart and what makes his music great?
Updated: 05/21/2015, DavidPaulWagner
Thank you! Would you like to post a comment now?
4

Thanks, katiem2! I too am learning to appreciate classical music more as I write these music articles for Wizzley!

As I follow your work and learn more about the composers I find I like far more classic genius composers. I love classical music, its so productive and a great muse. 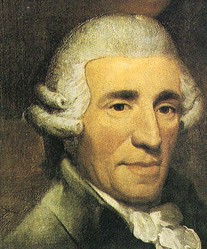