Herbs of the Sun, Moon and Planets is a forthcoming title being published by Moon Books next year.

Herbs of the Sun, Moon and Planets is the title of my next book. I expect you are thinking that the title doesn't make much sense. How can there be plants on the Sun, Moon and planets you are wondering? Of course, as far as we know there are no herbs growing on the other planets in this Solar System, but ancient herbalists, such as Nicholas Culpeper, thought that the heavenly bodies had a powerful influence over life on Earth. In astrology there are planetary rulers and each planet has a deity with certain characteristics that can have dominion over not only humans but plants on this planet. So there are herbs of Mars, for example, that have characteristics associated with the god of war. Plants with spines and red colouration like blood could be herbs ruled by Mars.

Buy Herbs of the Northern Shaman

Herbs of the Sun

Herbs ruled over by the Sun

The Sun is the source of light that plants need to grow and the Sun is often depicted with rays of light radiating out from it. Herbs of the Sun can have petals that radiate out from a central circle and yellow colouring because the Sun is often painted as being golden yellow.

The Sunflower was an ideal candidate for being included in the herbs ruled by the Sun.

The Eyebright, which is thought to be a remedy for eyesight problems, is another herb ruled by the Sun.

St John's Wort is also included in the herbs that the Sun has dominion over. This is hardly surprising because this plant has golden-yellow starry flowers and in herbal medicine it is used as an antidepressant.

Chamomile is yet another of the herbs ruled over by the Sun. This popular herb has daisy-like flowers with white petals that radiate out like those of the Sunflower.

Herbs of the Moon

Herbs of the Moon may have white flowers or white sap. Rounded leaves like a full Moon is another characteristic that was used to assign a herb to being ruled by the Moon.

Water Lilies are regarded as herbs of the Moon. They have round floating leaves and some have white flowers.

The Lettuce is also in this group because it has a white sap when cut.

The Jasmine has white flowers and emits a wonderful fragrance at night, which is the time when we can see the Moon.

Herbs ruled by the Messenger of the Gods

Mercury was thought of as the messenger of the gods. Herbs ruled by this planet and the god Mercury have some characteristic to do with communication.

Fennel is a herb of Mercury. It really communicates to our senses with its delicate feathery foliage that smells of anise, with its tall flowering stems topped off with yellow umbels of flowers. Fennel is used as a culinary and medicinal herb and is grown for its ornamental appearance.

Mint and Lavender are two more very aromatic herbs that were assigned to the rulership of Mercury.  Again these popular garden herbs communicate to our senses.

Herbs ruled by the Goddess of Love

Venus was portrayed as the goddess of love. Herbs ruled by Venus have characteristics to do with sensuality, sex, love and femininity.

The Rose is a symbol of true love and romance and is not surprisingly a herb of Venus.

Vervain and Periwinkle are two medicinal herbs that have been used in witchcraft. They are both associated with love and attracting lovers. They are both herbs of Venus.  Vervain is a sacred herbs of the Druids as well.

Catnip is a herb that has an incredible effect on our feline friends. Cats love it and it is another herb ruled by Venus.

Herbs ruled by the Red Planet and God of War

Martian herbs have something aggressive about them. Mars was the god of war and so herbs ruled by this deity have spines, poisonous sap, sword-shaped leaves, red berries or anything else that reminds us of war, violence and bloodshed.

The Dragon Tree has sword-like leathery leaves, reddish berries and a sap that goes dark red as it dries. This sap is known as dragon's blood. Not surprisingly the Dragon Tree is ruled by Mars.

You might think the pretty yellow Meadow Buttercup would be a herb of the Sun, but you would be wrong. It is a herb of Mars because it is known to botanists as Ranunculus acris. This is because it has an acrid sap that can burn the skin. This is a Martian characteristic.

Jupiter is a massive planet made of gas. It is associated with expansion, philosophy and deep thought.

Several trees, including the Lime Tree, the Oak and the Pine, are all regarded as herb ruled by Jupiter. Perhaps this is because their branches expand outwards from the central trunk.

The very dangerous herb known as Thorn Apple or Devil's Weed can cause hallucinations and death. It has been used by shamans in rituals and initiations and in more recent times has been unwisely used by hippies as a hallucinogenic drug. The plant came to fame in books by two best-selling authors. It is mentioned in The Teachings of Don Juan by Carlos Castaneda and in Fear and Loathing in Las Vegas by Hunter S. Thompson.  It is a herb of Jupiter, perhaps because it has the power to cause hallucinations and also because its seeds are dispersed from thorny seed-pods that scatter them when the pods spilt.

Buy The Teachings of Don Juan

Herbs ruled by the Ringed Planet

Saturn is often considered as the "Grim Reaper" and is associated with old age and death. There are several very poisonous herbs that are ruled by this planet.

Deadly Nightshade, Hemlock, Henbane and Monkshood are all herbs of Saturn. All of them can easily cause death if ingested.  All of them are included in my book Herbs of the Northern Shaman because they have been used in witchcraft as ingredients of flying ointments.

Many people write books in the hope of becoming successful authors but findin...

St. John's Wort is a very popular medicinal herb used for its antidepressant ... 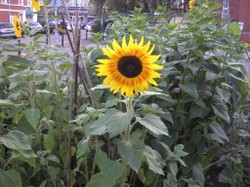 Herbs of the Northern Shaman: A Guide to Mind-altering Plants ...
33%  0   5 BardofEly
Book Publishing 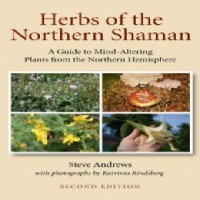 Many people write books in the hope of becoming successful authors but finding a publisher willing to publish your work can be very difficult.
27%  2   3 BardofEly
Herbal Remedies 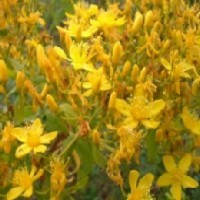 St. John's Wort is a very popular medicinal herb used for its antidepressant properties and often sold in health stores and from suppliers of herbal supplements.
Loading ...
Error!