Los Silos is an agricultural town in the northwest of Tenerife in the Canary islands. It is in the Teno area known as the Low island or Isla Baja.

In the Low Island

Los Silos is a town and municipal borough that is included in what is known as the Isla Baja (“Low Island”) part of Tenerife’s northwest.

Garachico, Buenavista del Norte and El Tanque also make up the Isla Baja region of the island, and like the first two of these, Los Silos is on the coast. This are is regarded as one of the hidden treasures of the island and is not spoiled by modern development.

The history of Los Silos

Los Silos was named after three silos that had been created way back in 1509, and were used for storing cereal crops grown in the area. Los Silos is still very much linked to its agricultural past and banana plantations are all around it.

Los Silos also has an organic fruit and vegetable shop with gardens where some of the produce is grown, just down a side road signposted with pathways leading to El Monte de Agua and Las Cuevas Negras.

Los Silos is a pretty town of quiet cobblestone streets and a traditional square with a bandstand and café. Nevertheless, despite its old-fashioned looks and links with the past, Los Silos also has a good range of shops and local businesses.

A shady street in Los Silos

Our Lady of the Light

Los Silos has a church that had been built in the 16th Century and was later restored in neo-Gothic style in the early 20th century. This notable building is known as the Church of Nuestra Señora de la Luz (“Our Lady of the Light”). In keeping with this idea of “light” it has gleaming white outer walls and is a place you cannot miss if visiting Los Silos.

Our Lady of the Light is depicted on the coat of arms of Los Silos as well. A tower, up on the mountains for defence against pirates, and three caves in Mount Aregume, are also shown.

Just a couple of kilometres from Los Silos is La Piscina, which is a large public swimming pool built next to a beach and the sea. There is a restaurant conveniently next to it that looks out over the sea and along the coast towards Garachico.

The beach is mostly covered in rocks and pebbles but not much further along the seafront area here you will find a proper natural swimming pool formed by a very big rock-pool.

Naturalists and botanists would delight in the coastal areas by Los Silos because here can be found rare endemic plants including the Leafless Spurge (Euphorbia aphylla), which is known in Spanish as “Tolda”.

Local anglers also enjoy fishing from the rocky outcrops on the coast here at the seafront part of Los Silos.

The towering and unmistakeable mountain known as Montaña de Taco is just along the coast overlooking Buenavista. This volcanic cone by the sea actually has a large reservoir inside its crater.

At the seaside near Los Silos

View along the coast from Los Silos

The TITSA bus number 363 from Buenavista del Norte to Puerto de la Cruz and the 107 from Santa Cruz to Buenavista are two regular services that run through Los Silos.

Los Silos is well worth visiting to sample a flavour of Tenerife’s Low Island.

Where Los Silos is on the map

I hope you do get to visit this amazing island!

Thanks so much for your article. It's so informative. And you even included the pics of Tolda and Mount Taco. I hope I can travel to Tenerife with my children. I will just visit cheapestflightstotenerife.co.uk for some more tips.

Canary Island Pyramids but did the Guanches build them?

Mysterious pyramids in Tenerife and La Palma in the Canary Islands have been ...

Tenerife's Amarilla Bay sights to see on land or sea

Amarilla Bay is a popular holiday resort area in the south of Tenerife in the... 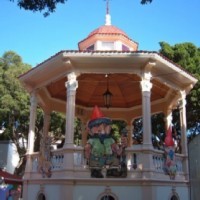 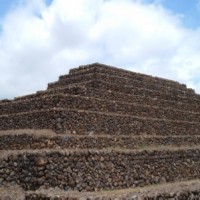 Canary Island Pyramids but did the Guanches build them?

Mysterious pyramids in Tenerife and La Palma in the Canary Islands have been the subject of heated debate. Are they piles of stones or were they made by the Guanches?
26%  2   3 BardofEly
Spain Tenerife's Amarilla Bay sights to see on land or sea

Amarilla Bay is a popular holiday resort area in the south of Tenerife in the Canary Islands. It is known for its yellow mountain.
Loading ...
Error!