Handfastings are celebrations of love
I have attended and witnessed very many handfastings in my time with most of these Pagan weddings taking place in the Avebury stone circle on the occasion of a special date in the Pagan or Druid calendar. I have also been to more private ceremonies. There are many forms a handfasting can take but they are all celebrations of love between two people and the making of a public statement of their love.

Handfasting ceremonies often involve music being played or performed at some stage in the proceedings. Love songs could be chosen by the couple and performed by singers and musicians of their choice or by those that happen to be there.

Find out more about Handfasting

What is a handfasting?

Depending on who is conducting the ceremony or on what the couple getting handfasted want the wording of what is said may vary but usually the names of each person is announced and they both affirm that they are going to be bound to their partner as a wedded couple for a year and a day” or ·as long as love shall last.”

Handfastings often take place at Summer Solstice but could be at any other time in the year though usually on a festival date in the Pagan calendar. Members of Druid Orders, Wiccans and other Pagan groups practise handfasting. Handfastings can be renewed at a later date if love has lasted and the couple wish to carry on being married and to make a public declaration of this.

The couple may exchange rings or other tokens and it is usual for the hands of the bride and groom to be actually bound with a ribbon or cord.  They may choose to conduct the ceremony themselves or, as is more usual, to have other Pagan priests or priestesses, arch-druids or arch-druidesses to do this.  At the end of the ceremony and having made their declaration of love for each other the handfasted couple will jump over a broom or a staff or a small fire.

Couples may choose to dress in colourful clothes, robes or can choose a more traditional smart look.  There may even be a ‘proper’ wedding conducted at a later date in a church or registry office. A handfasting is very much about how the bride and groom choose to express their love for each other.

If I Were a Carpenter

Of course, whether a handfasting is a more private event at which friends and family only are invited to attend or a very public ceremony such as would take place at a gathering at Avebury, for example, it is usual to have a Bard or Bards present to give a performance to help celebrate the event. Poems and songs and music are all fitting for a handfasting.

A good friend of mine who is a singer-songwriter and Bard is Pixi Morgan, and he is a regular performer at Pagan gatherings and gorsedds as well as being a busker and a singer and musician who plays at gigs in venues.  I bring Pixi into this account though, because I remember he was once announced as “the most often handfasted regular in the Avebury circle.”  I think he was renewing his handfasting to a partner but cannot recall who this was because I have seen him as the groom in so many Pagan weddings over the years.

Pixi can sing and play guitar really well and is ideal as a performer at a friend’s handfasting or at one of his own!  He does a great cover of my song Kingfisher as well as covers of songs by many well known songwriters, and has lots of his own compositions too.

He plays If I Were A Carpenter, which was a big hit for the late Tim Hardin. Songs of love are very much a part of a joyous handfasting celebration!

Kingfisher by Bard of Ely

Thank you so much, Hollie!

Cool, I like it the music very nice. :)K

Yes he has long hair and no hat in the video. Thanks for enjoying Kingfisher. The video was made by JazRoc who is infamous for upsetting chemtrail-believers and got banned from YouTube and the David Icke forums for this.

Is he the one with or without the hat?

Thanks, Jo! That video was some time back and I think Pixi is down in Devon now.

I'm sure that I've seen both Pixi and Dave in Glastonbury. I'm down there a couple or more times a year, as I have friends in the area. (They run the Cat and Cauldron, which is in the background here.)

Tinkinswood Burial Chamber has a massive capstone and is really worth seeing... 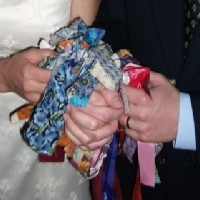 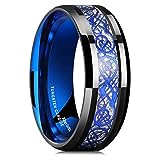 King Arthur Pendragon is not just a Celtic character of myth and legend but is a druid leader, eco-warrior and activist currently protesting at Stonehenge.
14%  0   2 BardofEly
Solo Singers

As a singer-songwriter I am pleased to say that a number of my songs have been covered by other artists. This shows the quality of my material and is a good way of getting known.
26%  2   3 BardofEly
United Kingdom of Great Britain and Northern Ireland 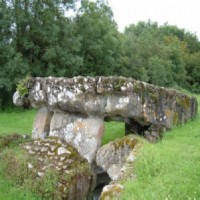 Tinkinswood Burial Chamber has a massive capstone and is really worth seeing but many people know nothing about this ancient site just outside Cardiff.
Loading ...
Error!