King Arthur Pendragon is not just a Celtic character of myth and legend but is a druid leader, eco-warrior and activist currently protesting at Stonehenge.

My introduction to King Arthur Pendragon
People always ask me how I got involved with King Arthur in the first place and it's a good question. It may well be that I knew him way back in the Dark Ages and was one of his knights then but if so I don't remember it so I'll start with how I came to meet him in this life.

The Trials of Arthur

The King and the Bard at Stonehenge

My introduction to King Arthur Pendragon

How I met King Arthur

It happened something like this: I happen to be an avid net-worker in the global underground, which comprises countless, fanzines and small press publications, poets, DJs, musicians, writers, activists and mail-artists, as well as all the other good folk who subscribe to such enterprises, or who just like to make a lot of new and interesting friends through the mail. Also, being a singer-songwriter, freelance writer and poet myself I like to find homes for my creative output and have found this method invaluable.

Arthur Pendragon talks about his life

I had come upon an address for the Loyal Arthurian Warband newsletter in a FIN (Free Information Newsletter) and thought I'd get in touch, so I sent an introductory letter, publicity materials and SAE to them. I do a lot of this sort of thing and sometimes you get speedy replies, which lead on into new and exciting friendships or outlets for your work, and other times you hear no more. It can be very hit or miss but this adds to the thrill and appeal of it all.

A radio documentary about King Arthur

King Arthur briefly described the different degrees of knighthood in his order and went on to tell me that a good way to find out more was to tune in to a documentary soon to be aired on Radio 4. I made a mental connection to the radio show I had just been on and I do have a personal interest in and belief that syncronicities, like this are some form of signpost system for us to pay heed to.

Red Dragon and the Round Table

I think about six weeks had passed and I'd forgotten all about it but I happened to be the guest musician on a local radio programme presented by Steve Johnson for Red Dragon FM Radio. The name of the show was to prove very significant indeed but this I was to learn the day after the actual broadcast. The programme was called "The Round Table" and I was on the pre-Xmas edition, which went out on the 23rd of December.

All went well on air and I did a few seasonal songs and chatted with my host who actually asked me about any recent success I'd had from all my letter writing. This too was of significance but I didn't realise this then.

Well, we finished the show eventually and I returned home but the next morning, which was Xmas Eve brought a welcome surprise in the post. Normally I get lots of mail with loads of replies from all my networking efforts and suchlike. Of course at such a time of year you can expect the postman to be struggling with a heavy mailbag but all that arrived that particular morning was a solitary letter. The letter, however, was from King Arthur himself.

I lost no time in opening my single piece of Xmas mail that morning and read with interest what Arthur had to say. I was quite excited at having had a letter from a real king. This letter, I thought, was worthy of being called "Royal Mail!"

The day of the broadcast arrived and I put a cassette in my hi-fi to record the show too. I sat down and listened attentively to what was on. Not far into the documentary, I was pleasantly surprised to hear the voice of a very good friend of mine, who is commonly known as Pixi, and he was wishing everyone at Twyford Down a "Happy Beltane." These words summed up nicely the very jolly and pagan flavour of the documentary and I was all ears.

A hit song by the New Vaudeville Band

The rest of the programme followed Arthur on his quest to get to Stonehenge for the Summer Solstice and was a very informative and enjoyable piece of radio detailing the adventures of the King and his followers. It includes a bit about a bunch of squatters from the ranks of Arthur's order, whom he left behind with instructions to occupy Winchester Cathedral in protest at the authorities stopping druids from attending their cathedral at Stonehenge.

This story in itself, as an example of the King and the Warband in action appealed to my sense of adventure as well as making a very good point. After hearing the documentary and after finding that I already had some personal connection with the King and his druid order via Pixi, I decided that I definitely should get far more involved and I wrote and told King Arthur my decision.

Before I go any further, I feel that I ought to tell you a little about Pixi so here goes: I first came upon him when he was sixteen and had run away from home and school for various personal reasons. He had been living in a squat and I had recently gained myself the tenancy of a Cardiff council house where I was living with my son, Isaac, who at that time was a toddler. Somehow or other several of the squatters ended up living ‘unofficially' at my house and one of the first to do this was Pixi, who then went under his real name of Neill Morgan.

Neill lived at my house off and on for many years and went through many changes as well as venturing off into all sorts of adventures in the big wide world. His name he always insisted was spelt with a double ‘l' and once under the influence of acid he decided to change it to ‘Reill,' which he claimed was pronounced like "real." He had already created a home-tattoo on his arm spelling out his name but he cut into this to alter it to "Reill" and still bears the scars to this day.

Crazy behaviour or a young man several years ahead of Richey Edwards from the Manic Street Preachers, who in the band's heyday before his mysterious disappearance once carved "4 Real" into his arm. So maybe Pixi was the real-life original Manic Street Preacher before the band even formed?

He was a colourful, charismatic character and an obvious entertainer from the start. Pixi soon started to learn guitar and to play all sorts of songs including some he penned himself. One of these songs was called Chameleon and contained the very aptly descriptive lines:

One of Pixi's life-styles was that of the so-called New-age traveller, and to give him his dues on this, this way of life is something he has returned to for he is currently living with a group who carry all their worldly goods in hand-carts. Before this Pixi had also learned several other musical instruments like the mandolin and penny-whistle and had become an accomplished busker as well as a talented singer / songwriter. And he looked the part; a real raggle-taggle gypsy look with well-worn hippy-style clothes, piercings and dreadlocks. So it was no great surprise to find that he had ended up as a ‘Bard' of the Loyal Arthurian Warband or as Arthur's "Herald" at Twyford Down road protest camp.

As it happened, my friend Pixi was back in Cardiff at the time the BBC Radio 4 programme went out on air and I told him all about it when I next saw him. In the time that had elapsed between the recording of the documentary and now a lot had changed in his life again and he had forgotten all about it until I jogged his memory. Soon after this, I received another letter from King Arthur offering me a commission to be knighted into the Warband as any one of the degrees of knighthood I considered right for me and also, I was to extend this offer to Pixi.

Apparently Sky TV had approached Arthur with a view to making a programme about reincarnation in which they wanted to feature him and a bit about his supporters. If Pixi and I so desired we could be publicly knighted at a suitable location of our choosing, to be included in the finished documentary.

I knew that all this seemed right for me, and also, that I was happy to take on the titles of "Quest Knight and Bard" to the Loyal Arthurian Warband. I was already a bard, being a poet, singer / songwriter and performer and Quest Knight, too, felt suitable because I see life as a quest in any case. I had no knowledge of a past life with Arthur so couldn't resume my "true and former name" as a "Shield Knight" but I do believe in reincarnation and agreed with what his order stands for, so this is what I told him.

Best book to buy about ancient sites - The Modern Antiquarian

Pixi, too, agreed to take the same titles and we settled on Tinkinswood Burial Chamber as the chosen location where the ceremony would take place. There has been a certain magical thread running through this story so far, a mystical connection, and both Pixi and myself have a great affinity for the site we had chosen, having spent a lot of time there in the past. We had often gone there for a bit of an outdoor party as well as for more serious contemplation and it is a place that is very popular with local pagans, set as it is in a tranquil field a few miles out of the bustling city.

But I am going to close this chapter here and I'll tell you all about what went on at our knighting ceremonies again. It was to be another outdoor party but one that is not easily forgotten!

Footnote: From a book I started writing about King Arthur and the Loyal Arthurian Warband.

For more info on King Arthur and his druid order: http://www.warband.org.uk/

King Arthur Protesting for the return of our Ancestors

Bring back the bones of the ancient dead

Find out more about prehistoric sites in Britain 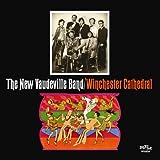 C.J. Stone is an author several books, as well as being a journalist and freelance writer. He is probably most famous for his column Housing Benefit Hill that was in The Guardian.
26%  2   3 BardofEly
Fantasy