Once, all football was played in a 2-3-5 formation. Today, nobody plays like that, and the transformation dates back to the Hungary Golden Team that rocked the world of football with its deep lying centre forward. Don Revie was later to take that role and expand it for Manchester City and from there changed the look of football forever.

When the name Don Revie is mentioned in football circles, it is usually in reference to his managerial career. He was after all the man who took over second division Leeds United in 1961 and transformed them into one of the best teams in the world. He also managed England under controversial circumstances before quitting to manage the United Arab Emirates.

But Don Revie’s major influence on football came from his days as a footballer for Manchester City when he changed the role of what was then known as the inside right to what he called “deep lying centre forward” and gave birth to the football formations that are still in use today.

In the 1950s and before, the traditional way of playing football was in what was known as the 2-3-5 formation and so ingrained and fixed was this that the numbers on the players’ back reflected what position they played on the field (there were no squad numbers in those days). Some of that numbering system still exists today, notably the first choice goalkeeper wears number one and the first choice centre forward has squad number nine.

In the 2-3-5 system, there were only two full backs – the right back (number 2) and left back (3). The midfield comprised a right half (4), centre half (5) and left half (6). The right and left halves were more like the traditional battling midfielders seen today. The centre half was normally a bulky tall character whose job was to handle the opponent’s centre forward, often quite viciously.

Even though the change in tactics became known as the Revie Plan, they originate in Hungary and MTK Hungária striker Nándor Hidegkuti. Rather than having five forwards, the tactic he adopted was one of four forwards with Hidegkuti playing between the midfield and the attack and distributing the ball to the other four forwards.

In those days, people in one country saw little of the football played and the tactics of other countries and the Hungary national team was not known as a force in international football, but that all changed in 1953 when playing these tactics Hidegkuti scored three goals as Hungary thrashed England 6-3 at Wembley Stadium. That Hungary team became known as the Golden Team in the 1950s and the other change was to drop two of the midfielders into defence to create the back four that is prominent today. The formation was effectively a 4-2-4, and soon became the dominant tactic around the world. The most notable adopters were Brazil .

However, the first person to adopt this tactic outside of Hungary was Manchester City manager Les McDowall who had watched the England v Hungary game. He introduced it into the City reserve team and they went unbeaten for the last 26 games of the 1953-54 season.

It was thus time to bring this into the first team and as such he called the Manchester City players into training two weeks early for the start of the 1954-55 season. The job handled so expertly by Hidegkuti was given to Don Revie. Manchester City lost their first match playing this tactic 5-0 but soon the players got the hang of it  and in the first season using it City reached the FA Cup final.

Despite its success, the old 2-3-5 formation stuck as the major formation for many years and there were still teams playing it into the early 1970s but it soon became clear that 4-2-4, or 4-3-3 as it evolved into was more effective and became dominant.

Today, football is normally played as 4-4-2 or 4-3-3 – even the so-called diamond formation is based on these – but in both those formations one of the strikers normally hangs back slightly as a bridge between the midfield and attack in the same way that Nándor Hidegkuti and Don Revie did in the 1950s.

SteveRogerson, Thank you for practical information, pretty pictures and product lines.
Do we know what inspired MTK Hungária striker Nándor Hidegkuti's tactic? What made him look at the way things were and think about the way they could be? 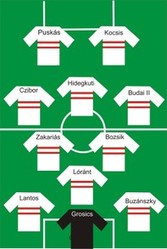 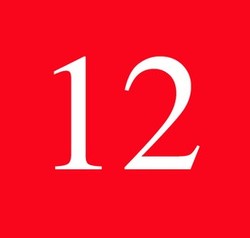