Follow along as we share strategies to avoid attacks. This guide will give you the edge and the street smarts needed to avoid danger and trouble.

We all witness or face violence at one time or another and yet ultimately the goal is to avoid trouble.

The bad guys are lurking around just waiting to spot an easy target. The repetition and habits of daily life can land you in trouble making you an easy target.

Follow along as we examine strategies to help prevent attack. This guide will give you the edge to avoid danger and trouble.

How to Avoid Trouble

The best line of defense is to avoid trouble noticing it from smart observation.

The 7 Best Ways to Stay Safe From Attack

The odds of becoming a victim of a violent crime are greatly reduced by awareness alone.

There are times when violence simply comes from out of no where.  It is for this reason self defense training or classes are a good thing. These educational tools will help you to spot potential threats and avoid them now and in the future. Everyone should have some degree of self defense training and or awareness. As mentioned earlier, criminals have a good eye for spotting someone who’s an easy mark. A person with self defense training has an air of confidence that lets the attacker know better than to try anything.  Violent types have it down to a science they choose a target they think will fold under the pressure.  They want easy targets.

Don’t be an easy target!

What is Krav Maga

Krav Maga is a very successful form of self defense against street attacks and any other attacks one might encounter.

Krav Maga is an eclectic self defense non competitive martial arts developed in Israel. Krav Maga includes striking techniques, wrestling and grappling. Krav Maga is famous for its focus on real life situations proving to be very effecient and brutal counter attacks.  It was developed from street fighting techiques by a boxer and wrestler, Imi Lichtenfeld. The philosophy of Krav Maga is threat neutralization with aggression and offensive moves.

The above Mastering Krav Maga dvd set, is demonstrated and taught by Instructor David Kahn. He teaches essential techniques to defend against all manners of threats.

The DVD series was originally created for “in-house” students and instructors development guide. Due to its success and popular demand, this learning dvd is now available to the everyone.

Attacked When to Fight Back Self Defense
Ever worry about falling victim to a brutal crime? Learn how to best avoid becoming a victim, plus know when and if ever you should fight back. Should I fight back when attacked?

Do you know how to avoid an attack?

No, I'm clueless and need all the help I can get

I agree with Jo - looking confident can avoid confrontations. If it doesn't work, I'd be at a loss what to do.

Yes, I've had self defense training

I've had self defense training and follow the good advice you've highlighted here on your site.

Mostly I avoid attacks by being very confident. People get worried when folk look confident. There has to be a reason behind it. Mind you, if someone did attack, then I would use my self defense training for real! I recommend that everyone does a class.

Discuss and share your stories of self defense and or attack.

wrapitup4me, Great to hear another story proving the power of self defense training. I feel great learning Krav Maga. My oldest brother is a Marine and he himself has taught me some very powerful self defense techniques. I'm a small lean 5'10" he is a very large man of 6' 5" he can pick me up and toss me around like a rag doll, BUT not now that I know these contact defense moves. Thanks for your great contribution to self defense.

What a great story Jo tells.
Katie, did you know that "Krav Maga" in Hebrew means "Contact Battle" - but backwards - krav is battle and maga is contact. I have a friend who learned it and she is tiny. She managed to protect herself very will against a guy who threatened her serious bodily harm.

Jo, What a great example of the value of self defense, thanks for sharing your story. I'm so glad you and your friend never saw the inside of that van. At just over 100 pounds you did very well. Self defense training really does work. As they say the bigger they are the harder they fall, so we wee lil lassies bess git out the way :)

*jumps in time machine and goes back nearly 20 years* Me and my friend went to self defense classes at the University. It was all basic stuff, but it gave us a lot of confidence out on the streets.

A few weeks later, we were really to put it to the test. We managed to thwart being abducted.

My friend is Asian and, after Uni, she was destined to have an arranged marriage. She didn't want one. She wrote to her parents to say as much. Next thing we know, they were on our doorstep (we were house-mates). Lots of pleading and emotional stuff later, she was persuaded to get into the car.

But she didn't trust the promises that she was hearing and asked me and a male friend to come too.

All three of us got into the car and we were driven, not to the restaurant as planned, but to a quiet road. There was a transit van waiting. Her mother rushed to open my friend's door, but I'd had the foresight to surreptitiously lock it. My side was open. They had to wait for me and my male friend to get out before they could make a grab for their daughter.

There were three large men and a large-ish woman (all family members) trying to get to my friend. The male with us was immediately side-lined. I was ignored because I'm tiny and female. Slight error there.

Both me and my friend used our self defense to really good effect. We were beaten and battered, but we are using tricks learned in those classes not to be dragged into that van. We could hear her father saying, in Punjabi, that he was going to hit me over the head with a jack. They'd take me too and dump me in a service station.

Just then, the police arrived. We were all taken safely to the cells and got medical treatment.

My friend never did go home. She eventually married a man of her own choice up here; and lived as happily ever after as reality allows.

I'm not telling this story to make any judgement on how different cultures sort out their marriages. It was merely to demonstrate how a 5ft 3" girl, weighing 7 stone 2 oz at the time, could fend off all comers. It was all due to self defence classes.

In my self-defense classes, I was told that number 2 on your list is THE most important aspect. But knowing how to back up that confidence causes the confidence in the first place.

I'm just rushing off, but I'll be back later to share a story with you about self-defense. It saved me.

Thanks Ragtimelil, Good common sense can keep us safe, we just have to remind ourselves of these practical methods.

Ever wonder what type of glue you need to glue something back together? You'...

Ever worry about falling victim to a brutal crime? Learn how to best avoid be...

Learn the best tactics for self defense and safety. Read a in-depth review t... 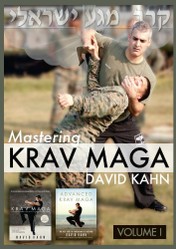 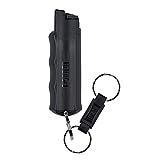 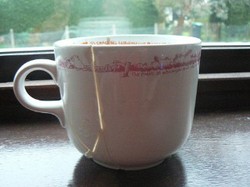 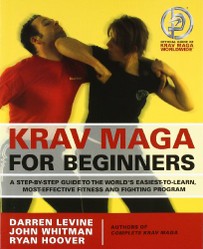 Ever worry about falling victim to a brutal crime? Learn how to best avoid becoming a victim, plus know when and if ever you should fight back. Should I fight back when attacked?
56%  5   6 katiem2
Self Defense 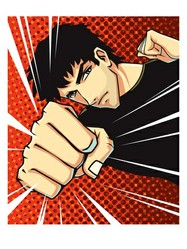