Even the most inexperienced person in a kitchen should know the basics of boiling and frying eggs. But for the uninitiated, the simple task can be overwhelming, especially when the results do not come out as expected. Here, Steve Rogerson gives a few tips on how to turn an egg into something worth eating.

Eggs are one of the staple foods in most diets but for those new to the hard oval objects, cooking them can be a little puzzling. Everybody is meant to know how to boil an egg, and it is easy once someone has done it once or twice, but it needs a little care and attention to learn. So here is a beginner’s guide to cooking an egg in the two easiest ways – boiling and frying.

How to Boil an Egg

There can be nothing simpler than boiling an egg. But, and it is a big but, it all depends on how the person for whom it is being cooked likes their boiled egg. An egg can be hard boiled, soft boiled or somewhere in between.

For a soft boiled egg, bring a pan of water to the boil and gently lower the egg into it.

The egg should then be simmered for three to four minutes; three minutes is enough for a small egg, four minutes for a larger egg. This is where the cook needs to experiment a little depending on the size of egg available.

Add an extra thirty seconds if the egg has been in the fridge.

For a fresh, new laid egg, place in a pan of cold water and gently bring to the boil and then simmer for a further minute. Adding a pinch of salt to the water will lower the chance of the shell cracking.

For a hard boiled egg, increase the cooking time to about fifteen minutes.

Beware using egg timers as the time they take for the sand to run through varies. It is best to time an egg timer first with a watch to check if it lasts the correct time.

How to Fry an Egg

Always break the egg gently into a bowl or cup first; this makes it less likely for the yolk to break.

Heat a little oil or butter in a frying pan over a low heat. Slip the egg gently into the oil and cook over a low heat. Splash the oil over the egg while cooking and continue until the egg is as hard as required.

Some people like to turn the egg over part way through, but do this with care to avoid breaking the yolk.

The USA and Fried Eggs

The USA has invented its own words to describe a fried egg. If it is cooked “over hard” that means it is turned during cooking and fried until the yolk is hard. If it is cooked “over easy” then it is again cooked on both sides but the yolk is still runny. What the Americans call “sunny side up” is the way an egg is fried normally in other parts of the world. The egg is fried on just one side until the white (or albumen) is hard and the yolk is just starting to harden.

Other Ways to Cook an Egg

There are many other ways to cook an egg once the basic methods have been mastered. Poached and scrambled are both easy and popular and omelettes can be a delicious alternative.

SteveRogerson, Thank you for product lines, pretty pictures and practical information.
In particular, I appreciate poached, scrambled and soft-boiled eggs and omelettes. It's interesting that you mention splashing a bit of oil atop the egg. What difference would that make in the outcome?

This is a quick 30-minute dinner with very few ingredients. The trick is to u... 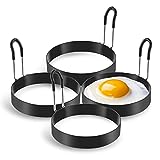 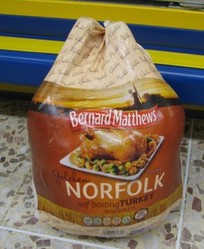 Some tips about what to do with leftover turkey after Christmas or Thanksgiving.
100%  18   9 Mira
Soups and Stew Recipes This is a quick 30-minute dinner with very few ingredients. The trick is to use flavorful foodstuffs which go well together and make the bland zucchini appetizing.
Loading ...
Error!