How to deal with those EMBARRASSING moments in life

When life gets difficult and embarrassing, we often cover it up and try to pretend it never happened. But that is the wrong way to go!

Have you ever been in an embarrassing moment? Ever had your body betray you in that awful way: a loud burp or **eek** pass gas? Ever made a big mistake that drew lots of attention to you and made everyone laugh? Ever lost your thought just when you were trying to impress? We all have those moments, read on to learn how to deal with them.

Here is the scene--bear with me now… You are at a loud dance.  People are screaming and shouting all around you as the music blares overhead.  A good friend (one whom you wish to impress) sits down at the table beside you and asks you how it’s going.  You smile, turn to him, and **BLATHT** you burp in his face.  To top it off, the music has stopped at that point and everyone heard it!  Your first thought is to climb under the table and hide.  Your second thought is to blame someone else.  Your third thought is to wonder why he is swiping at the air in front of him and gagging, then it hits you and Ohhhhhhhh Nooooooo!

Now all you want to do is grab a box or bag and put it over your head because you certainly can't show your face in public anymore......

Does this sound familiar around the lunch table?

"Did you hear that disgusting burp Carol made at the party last night? EWWWWWWW.  I can’t believe she just let it rip.  How disgusting!"

Now that you have completely embarrassed and degraded yourself in front of all those people....

People that you have to go to work or school with every day.....

WHAT DO YOU DO?

I know, run, hide in the bathroom and don’t come out until everyone has left the party, right?  Wrong!  You can’t hide from those moments because that will just leave you open to further criticism. People will use it over and over again to get a good laugh from your peers.  In your mind, however, to stay and face it seems just as bad doesn't it?  But, in the long run, it's not.  No really, it's not.

Here is a bit of information that you may not know that will help explain it....

well, I'm sure you do know, but it never occurs to you at that time....

Remember when you were in school....

And the “popular group” kept bringing up something you did in grammar school to show how much of a ‘dork’ you are?  If it still bothers you, they will continue to do it, even through college.  But if you smile, say something like “yeah I guess I was a bit of a dork back then” and let it go; then they have nothing to bring up.  It’s not fun to embarrass you anymore.

Hmmm, wonder what village they escaped from....

Of course, there will always be those idiots who think they can keep bringing it up.......

They think it will help hide their own embarrassing moments.  However, most people catch on to that fairly quickly and the idiot is usually the one embarrassed after that.  For instance:  you were having a bad day last month and you gave the boss the wrong report at the weekly meeting.  Everyone laughed and the boss gave you a bit of a ribbing and you blushed and left the meeting to get the correct report.  When you returned, you smiled and said something like “guess I blew it that time, sorry everyone for the delay”.  Now three weeks later, the office idiot is trying to make himself look good in front of some big wigs and he brings up your embarrassing moment.   What do you do?  Smile, admit the instance and let it go.  The "tattler" will be the one who looks bad, not you.

It is extremely hard, at first, to just speak up and admit what you did.

People look at you weird (no one admits it after all); people act like you are rude or unrefined; and you feel like a piece of dirt rubbed into the carpet one too many times.  However, once you’ve admitted it, it’s out there.  You did it, you admitted it, you moved on.  The furor will die down much quicker and, believe it or not, doesn’t come up as often because you weren’t embarrassed by the incident.  The more you admit to (if you did it of course) the better people react to it.  Before long, you are not the one they bring up embarrassing moments about at the lunch room table or the big office party.

I now offer you some truly good advice:

Don’t admit to doing something if you didn’t do it!  That’s right, it won’t make you look good in the end, it will just add a bit of disbelief to your admittances when you did do it.  This action backfires 100% of the time.  Not right away, mind you, and maybe even not after the first few, but it does backfire.  When it does, well, you might as well go get that paper bag and put it over your head right now because you won’t be able to show your face without comments (and laughter) for a very long time! Plus, your honesty is now in question!

You might as well go get that paper bag right now!

Another valuable piece of advice:

Don’t purposely make a mistake.  This is not only dishonest and harmful to you in the end, but many mistakes go unnoticed for long periods of time and actually cause long-term problems.  Especially if you don’t remember and go back and fix the error.  And with a rash of ‘mistakes’ you become unreliable rather than just making a human error.

Maybe you should read this before you make the mistake...

You created a report for the boss a few months ago and made a calculation mistake on the fifth page citing that the company made a profit of $100,000 when they actually made $10,000 profit.  The boss sees the error, points it out at the meeting and everyone has a good laugh because it would be nice if the company had made that much profit.  Then the boss asks you to get a corrected report to him by the end of the day and the meeting moves on.

Several days later, you are working on a report about supply usage and you see a large opportunity to make another error to gain attention because everyone has been patting you on the back and telling you its okay, mistakes happen.  You purposely change one number and finalize the report.  During the meeting, the mistake goes unnoticed and you are so busy going over facts and figures being given out by the boss that you forget about it.  The mistake, small at first, begins to build and snowball until it has reached corporate level and has seriously affected the bottom line of the company.  An investigation shows you made the mistake.  No one’s patting you on the back now!

The bottom line is...

(as they say in the corporate world)

When you find yourself embarrassed, no matter what the cause, accept it, laugh at it with everyone else, and move on.  Don’t find things to be embarrassed about and don’t purposely make mistakes so you can be the object of sympathy.  Just accept what life throws at you and keep moving.

Remember the saying "when life gives you lemons, make lemonade"?

Follow this simple step, admit your mistakes and be proud of your accomplishments.....You will always be very glad you did (and the lemonade will taste great)!

I welcome your comments

Thank you, Renee P, Lova ya lots too.

Thank you so much for your kind words, Renee, I know we all do things that embarrass us, but it keeps going if we try to hide it. :)

That makes so much sense!! I really liked this one too =) 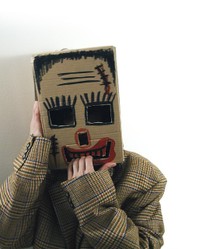