Learn How to Read Chinese and Have Fun Too

If you are wondering how to learn to read Chinese without tears, frustration and boredom, why not try free language games that make learning Chinese characters fun.

How to Learn to Read Chinese (Without Dying of Boredom First)

Chinese Language Learning Should be Fun!

Chinese is a mysterious language to those of us in the West, with those characters that look like abbreviated pictures. It's such a different way of reading from our sensible Roman alphabet which changes only a little from language to language, dropping a few letters here (the Italian alphabet uses just 21 for native words), and accenting others there.

It's small wonder that learning how to read Chinese can seem like a daunting prospect. Imprinting several hundred characters (just to get started) on your memory is quite a feat for those of us used to shuffling letters around.

However, learning to read Chinese doesn't have to be an exercise in frustration. With the help of memory tricks and free online language learning resources you can turn it into a challenging but fun exercise for your brain.

How I Learned 100 Chinese Words in a Week

Memrise is a new flash-based language learning application that is making quite a splash. Although it's still a little rough around the edges, the team behind the idea know their stuff and haven't been afraid to let the rest of the Web know it either, including getting a mention on Slashdot that has let to an influx of curious language learners.

The basic idea is that you use a set of flash cards to learn words. Something like you may have done as a small child learning to read for the first time. The clever part is that the guys behind the site (it would be good to see a female presence on the team, but that's by the by) have blended the science of learning and memory along with the most effective 'tricks' and techniques for making things stick, and have wrapped it all up in a system that feels more like a game.

There are many different user-developed language learning wordlists represented on the site, some much better than others, as is the risk when you open the doors to the public. However, the flagship content are the Chinese Mandarin vocabulary lists created by one of the founding team, Ben Whately. These are divided into Comprehensive Mandarin (1961 words) and Survival Mandarin (238 words).

Ben hasn't segregated his own lists from the others in that users are free both to add their own mnemonics (pictures and word associations to help the words 'stick') and to vote up those of other users. They do stand out in terms of quality though, and it's clear a lot of effort went into creation associations that will work for language learners.

I'm not writing off user-created wordlists, in fact I'm having fun also revising and picking up new German words from a vocabulary set that someone created. But if it's Chinese you want to learn, then Ben's your man. He's taught me 100 Chinese words in a week, starting from zero, and that represents only a small amount of enjoyable effort each day.

How to Memorise Chinese Characters

Memrise uses the concept of a Memory Garden, which is effective and appealing (even to those of us whose own gardens need work!).

Each time you decide to learn you get to plant 7 memory seeds. These are 7 new words, although in the case of Chinese Mandarin language learning you will find they are placed in sets where you might learn a couple of different characters each representing a word, and then the next word will be a character made up of the 2 previous ones.

Revision to 'set' the words in your memory is all part of the process. After around 4 hours you get to harvest your seeds which have been growing in your greenhouse. The system will test you and if you are having no trouble remembering the words, they are planted in your garden.

You can and should visit the garden after a longer interval to water your plants (remember, each word is a plant) which gives you another round of vocabulary revision.

When You Want to do More than Read

Of course, many who set out to learn how to read Mandarin Chinese will also want to learn to speak the language. Memrise does include some sample pronunciations for words but there are other, more structured Chinese language learning systems out there.

My own favourite is the Earworms musical brain training audiobooks which I have successfully used for learning other languages. You can read my review of Earworms language learning if you'd like to know more. The idea behind Earworms is that they use catchy songs or jingles that get stuck in your head -- and then you can't forget them even if you try!

Kids Can Learn Chinese Too

Not Just for Adults

Small children pick up language so much better than adults. By combining language learning with fun cartoon-style TV shows, you can help kids to learn languages in a fun way.

Ni Hao Kai Lan is a popular show on Nick Jr. in the USA that is just for little ones. It is not language heavy but will get them started in Mandarin and has a focus on emotions. There are now also Ni Hao Kai Lan computer games, printables, crafts, and much more to keep your kids interested in learning with Kai Lan.

Why not join me here on Wizzley and build an online income writing about things you love! Just click the link to get started.

Chinese characters are beautiful. I love painting them. I can read several numbers but speaking and reading Chinese is beyond me.

I was in China for a month and so learned to recognize a few words. I want to go back so I guess I better get down to studying the language.
Thanks for this.

I used to know a few characters but like anything else, you forget if you don't practice.

This may be helpful to my son who is learning acupuncture. I'm not sure whether or not I want to put the time and effort into learning Chinese, though the characters are beautiful and the language represents such a large part of the world's population. See, I think you're talking me into it . . . .

Don't think I'll be learning any Chinese...but kudos to you! Good article.

Hats off to you! I've tried before and failed miserably :( Maybe I'm just too set in my old ways. Great article!

This sounds intriguing. I'll have to check this out. I've never attempted a second language. This would be an easy way to try it.

Great to hear you are giving it a go, puerdycat! As you've probably noticed, what's fun about the survival course is they start you off with a lot of food words. No need to go hungry when you know what to point to on the menu. :)

Oh, I love Memrise, although I got distracted when I started listening to the pronunciations! Chinese is so learnable, this way! Love all that Memrise brings to the experience. Thanks so much for providing something I've been looking for

Working as a freelance writer can be thankless and often frustrating. Learn h...

In Praise of Free Online Study

The web is a wonderful source of information, and now, even if you have no mo... 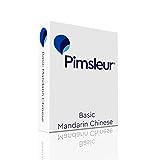 Working as a freelance writer can be thankless and often frustrating. Learn how to go from slow pay to knock out pay in a few easy steps.
51%  6   5 Telesto
Free Online Learning 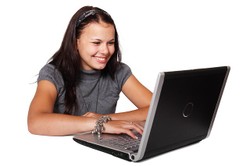 In Praise of Free Online Study

The web is a wonderful source of information, and now, even if you have no money at all, you can study online for short courses that will maybe give you a qualification.
Loading ...
Error!