How to Write a Captivating Logline

With just one sentence, a logline needs to do several things, not least of which is to grip the person you're pitching to. So, how do you achieve that in just a few words?

A logline is, essentially, a one sentence summary of a play, television program or movie. That's it. Nothing too complicated so far, right?

If you've written a script, you'll need to give it a logline and, although short, it's just as important (if not more so), than the rest of the screenplay.

So what makes a logline so important? What purpose does it serve? And, crucially, how do you write one that will make your script irresistible?

Why is a Logline Important for a Screenwriter? 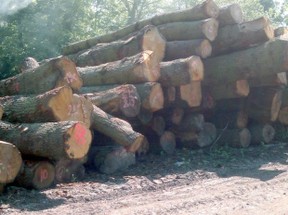 The purpose of the logline, from its origins in early Hollywood right up to the present day, is to sell your script - or, at least, the idea of your script.

Now, you might wonder how you can effectively 'sell' your script in just a sentence (maybe two). Well, keep in mind, the logline isn't about giving a detailed synopsis of the plot, nor is it about conveying all of the emotional twists and turns in a storyline.

It's just a little taster; a hook; the thing that will pique enough interest for someone to say, "Yeah, that's interesting, I'd like to take a look at that."

The logline is your selling tool. It's your pitch; your advertisement. If someone isn't captured by your logline, they won't read the script, it really is as simple as that.

So, even a spectacular screenplay, with a bad logline, is destined to be never read by producers (or anyone else who could help you get your work from page to screen). In other words, although that one sentence may seem trivial, it is, in fact, just as important as the whole of your script.

What Must a Logline Achieve?

Just one sentence, but it needs to pack an awful big punch

We're asking an awful lot from one sentence: a dozen or so words need to sell a 110-page (there or there abouts), screenplay. That's no mean feat!

In order to create an irresistible sentence, here are the things you need a logline to do:

The Dos of Writing Loglines 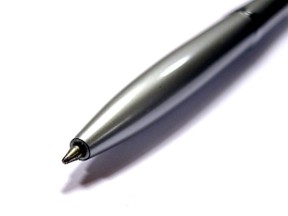 Okay, now you know what a logline is and why it needs to be good. So, let's get right to the nuts and bolts of the issue.

How do you actually write one? Here are some of the dos of creating a captivating logline.

Try writing your logline before you've even written your script

For one thing, this will give you a fair idea of whether the idea is any good. Try it on friends or relatives (who'll be honest, but not unsupportive), and ask whether it's successful in sparking their interest.

The other thing offered by having your logline ready before writing, is a touchstone. The logline is what your script is about. If at any point, you find yourself getting stuck, refer back to the logline and make sure you're writing with its message in mind.

If at all possible, keep the logline to one sentence

It'll be a very rare circumstance, when you have to stray beyond one sentence. In almost all circumstances, if you've rabbited on for longer than that, you can afford to trim some fat somewhere.

Ask for a second opinion

If you have a sounding board, it's great to use them. But the opinion of someone who's always going to tell you it's great isn't helpful - to your ego, 'yes', but to your chances of getting the screenplay made, 'not so much'.

The Don'ts of Writing Loglines

Pitfalls to avoid at all costs

What about what not to do? Well, these are some of the common mistakes you're likely to make when first starting to craft a logline.

It's tempting, but don't do it. The goal here is simplicity and brevity. So, rather than saying. 'John is a doctor whose wife has just left him', try 'a recently divorced doctor...' The fact he's 'John' is of no importance at this point.

The only time you could waive this golden rule is if you're writing about a real life human being.

Don't try to tell the story

It's only one sentence, it's just not possible, so don't even try.

Don't be tempted to use analogies.

Your screenplay might be Rosencrantz and Guildenstern are Dead meets Mrs. Doubtfire, but that kind of comparison is not useful for a logline. Remember, you've only got one sentence. Not a single syllable can be wasted.

Don't confuse a logline for a tagline

A tagline is also a one sentence hook for a screenplay, but it's usually for movie posters as a marketing tool.

The logline is a marketing tool too, of course, but directed at film makers not film goers. Taglines are much more succinct and usually a little more obscure; they don't give the important elements of a screenplay. For instance, one of the taglines for Beetlejuice is, "He's guaranteed to put some life in your afterlife."

Take a look at these titles

Can you guess the movie from the hook? 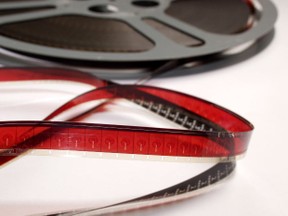 So, here are some examples of what a logline should look like. See if you can guess the movie from the one sentence summary.

"A young FBI cadet must confide in an incarcerated and manipulative killer to receive his help in catching another serial killer who skins his victims."

"An 8-year-old boy, who is mistakenly left at home when his family flies to Paris for the holidays, defends his home from inept burglars."

"A single British woman seeks self-improvement and love during a year in which she keeps a diary."

"A FedEx exec must find a way to survive when a plane crash leaves him stranded on a desert island."

"A nanny with magical powers tries to bring happiness to an irritable banker's family."

Do a little research

If you're still struggling to put a logline together, take a look at a website like imdb.com, and read as many different loglines as you can. Then, try to write ones for movies you know well.

Once you've mastered this, you should have no trouble writing a logline for your own script.

i read once that the way to sell a play is to approach a theatre company. Good luck.

I've written short plays before and am considering writing some more now. Where do you pitch them though? There are some magazines that publish excerpts, but other than that how do you go about the whole business of selling them?

I'm off to read that page now. It looks intriguing :)

Hi Mira, thanks for the comment. They're only needed for scripts, as its a way to pitch your screenplay to a producer, agent, or whoever, and entice them to read the whole thing.

That said, from the point of view of focusing on precisely what it is a novel is about, it certainly wouldn't do any harm for a novelist to have a logline in mind. It can also be a good place to start for a novel - I mention something along those lines in this article: http://wizzley.com/how-to-turn-an-ide...

Nice page. It got me thinking about a few things. Are these loglines needed for novels as well, or only for scripts?

The Oxford comma: What it is and when to use it

A look at the use in punctuation of the Oxford comma, also known as the serie... 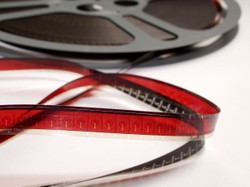 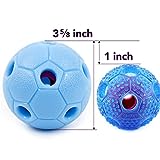 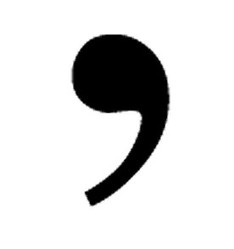 The Oxford comma: What it is and when to use it

A look at the use in punctuation of the Oxford comma, also known as the series comma, serial comma and Harvard comma
100%  17   21 WiseFool
Creative Writing