Fight ALS this Halloween in a truly inspired ice bucket costume. Bring the battle against Lou Gehrig's Disease back to the forefront of America's stream of conscience.

It would, quite frankly, amaze me if there were any Halloween costume idea more likely to go viral this year than this ice bucket costume.

Based on the uber-successful Ice Bucket Challenge, this costume is sure to remind anyone that sees it that there is still a lot of work to be done to cure this debilitating disease. 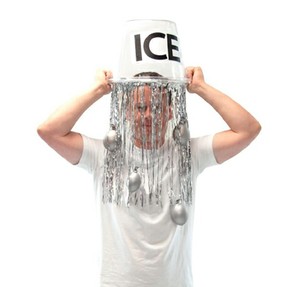 One simple way to show your support for the fight against ALS is to dress in this inspired Ice Bucket costume.

This viral Halloween costume idea is simple yet gets the point across immediately. It comes complete with a large, clear bucket that has large, silver colored fringe and balloons hanging off its lid. ICE is written across the bucket in big, bold letters.

To add a touch of authenticity to your overall look, consider dumping a bucket of water over your head before heading out.

This will ensure that your shirt is completely soaked simulating what you probably looked liked right after you took part in the challenge.

I first learned about ALS when I was a young child. You see, I absolutely loved baseball and one of my favorite things to do was to learn as much about the game as I could. Part of this education involved learning about the players from the past; the guys that made the game what it is today.

Lou Gehrig was one of these guys. Born with the innate ability to crush a baseball, Gehrig was, arguably, the great Yankee to ever wear the uniform. His career, however, was unfortunately cut short when he developed ALS.

ALS, referred to in medical circles as Amyotrophic lateral sclerosis, is a disease that devastates the nerves in the spinal cord and the brain. The spinal cord is responsible for allowing neurons to go from the brain to the muscles throughout the body. ALS progressively degenerates these neurons to the point where they eventually die.

Without them, the brain cannot control any of the body's voluntary muscles. Towards the later stages of this disease, most patients become completely paralyzed.

How Can You Help?

While it is true that you would be hard pressed to find anyone that did not participate in the challenge this summer a few of you may have slipped through the cracks.

Sure, you could take part, dumping a cold bucket of ice water on your head and then posting it on YouTube for the world to see, but why not use that time to write a check to the ALS Association instead.

What Do You Think About this Costume Idea? 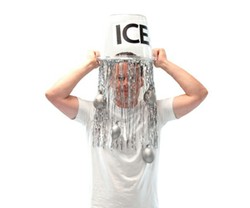 The eighties are a hot trend now. Get your Iconic 80's fashions on rocking in this totally rad Halloween fashions. Be trendy and a flash back this Halloween Iconic fave. 1980's
96%  8   18 JoHarrington
Halloween Costumes for Adults