History of the Bomarc surface to air missile system of the 1950s-60s.

While the Army was to have general hegemony over land-based SAMs, there was also Air Force activity in this area, fueled by the belief on the part of the USAF that such weapons could be construed as pilotless fighters, just  as  ballistic  missiles  could  be  considered  unmanned  bombers. The  Ground  to  Air  Pilotless Aircraft  (GAPA) program of the early postwar years led to the Bomarc project conducted by Boeing and the Michigan Aeronautical Research Center, hence the name. This was aimed at creating a strategic SAM that would cruise on ramjet power, with initial guidance from radar stations that were part of the proposed Semi-Automatic Ground Environment (SAGE) network. When the missile arrived in the vicinity of a target, control would be handed over to an internal radar  seeker, which would guide the terminal phase of flight. One  Martin  B-57  bomber  was refitted with a Bomarc-style  nose for  trials of the  guidance  system. Since SAGE was to be a nationwide system, the station controlling a Bomarc flight did not have to be nearby; for example, on  June  24,  1959  a pair of drones were  intercepted  over  the  Gulf  of Mexico by two  Bomarcs under the direction of a SAGE station in Alabama.

The post-1962 designation would be CIM-10, but the missile was at first known as the XF-99, this giving way to IM-99 for “Interceptor Missile”. In general configuration, Bomarc did indeed resemble an aircraft, having a tailed delta planform. The liquid rocket motor that boosted the missile from the launcher and to ramjet speeds was housed in the fuselage, while the ramjets themselves were attached to the central fuselage by short pylons.

The Bomarc began flight testing in the fall of  1951, although intercepts would not be flown for another half-decade.  There  was  a  not  inconsiderable  amount  of  debate  between  the  armed  services  and  within Congress on  whether  it  was necessary to  field both  Bomarc  and the Army's Nike-Hercules system. Both ended up being bought, although the Nike deployment would far outstrip that of Bomarc.

The ultimate Bomarc version, IM-99B or “Super Bomarc” became operational in the early 1960s. A range of 440 miles was achieved, and targets flying at up to 100,000 feet could be engaged, the extra performance stemming from the installation of RJ43-7 ramjets, which had been flight-tested by X-7A-3 vehicles. IM-99B would also use a solid booster motor, allowing the complicated and dangerous fueling process to be simplified.

The first launching of a Bomarc-B took place on May 27, 1959, from Florida. The initial flight was hailed as a success, although unspecified problems with the ramjets were reported. Another early IM-99B test, on March 10, 1961 saw the missile make an intentional near miss on a drone flying off the Florida coast nearly three hundred miles away from the Bomarc launch site.

A Bomarc-A installation was the site of a major  “Broken Arrow” nuclear  accident on June 7,  1960 that would continue to be troublesome into the late 1990s. The incident occurred when an armed Bomarc caught fire after  a helium   bottle  ruptured.  The  conflagration   involved   the entire  missile,  and  although   the conventional   trigger  did not  explode,  water   runoff  from  the  intense  firefighting efforts  carried away something under  a pound of plutonium particles. Despite the accident, the  site continued to operate, with concrete being laid over the runoff areas to stabilize the nuclear material. Having laid dormant since  1972, the accident site was undergoing cleanup operations by 2000.

A common target for early Bomarc tests were radio-controlled QB-17 drones; one such trial in October 1957  saw an unarmed Bomarc destroy a Flying Fortress target by a direct collision, more than  100 miles from the missile's launch point. However, the supply of QB-17s was dwindling as the 1950s drew to a close, and in any case the Forts could not realistically represent modern threat aircraft. This led to the refitting of a small  number of RB-47E Stratojets to  a  drone  configuration; although  too  expensive  to  be  intentionally destroyed  in  testing,  one  Stratojet  drone  did  end  up  being  shot  down  when  an  intended  near-miss by  a Bomarc turned into a hit. During the 1960s, high performance expendable targets for Bomarc tests would be provided in the form of droned F-104A Starfighters and redundant Regulus II missiles.

The  only  foreign  operator  of  Bomarc  was  Canada,  which  of  course  also  had  to  contend  with  Soviet strategic bombers. The RCAF had intended to buy the advanced CF-105 interceptor as its principal means of air defense, but this program was canceled, and to maintain some form of modern defense, two squadrons of Bomarc-Bs were bought, along with the F-101B fighter. Nuclear  warheads were fitted, although these remained under American control. Both US and Canadian Bomarcs were out of service by the fall of 1972, although some surplus missiles were used as high-performance targets by the Navy up until  1982, and the Air Force is reported to have used Bomarc drones for several years further.

Color photo of a Bomarc launch from Florida

When Lady Rachel Workman MacRobert lost her sons during WWII, she donated fun...

A review of the Squadron/Signal book 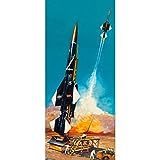 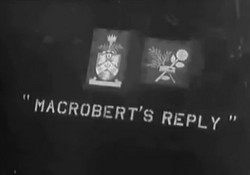 When Lady Rachel Workman MacRobert lost her sons during WWII, she donated funds for a Short Stirling bomber for what she called "A mother's immediate response".
8%  0   1 chris707
Air Force 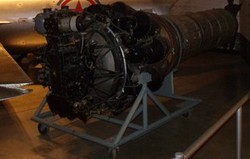