Sebastian Vettel is hoping to clinch the world title with a top-five finish in the Indian Grand Prix at Delhi on Sunday 27 October 2013.

This season's formula one racing championship is all over bar the shouting with Sebastian Vettel likely to be crowned world champion at the Indian Grand Prix in Delhi on Sunday 27 October 2013. The only real excitement now is whether Ferrari, Lotus or Mercedes will finish second in the constructors championship behind Red Bull.

Sebastian Vettel needs just a top five place in any of the final four grands prix to seal his fourth championship in a row, and that is assuming Fernando Alonso wins those races. In other words, the reality is that Vettel could probably fail to finish in all four and still take the title. That said, he’ll be keen to wrap it up next time out at the Indian Grand Prix in Delhi on Sunday 27 October 2013.

Vettel has won five races in a row and nine races out of fifteen this season. He is at his best and the car is at its best, and looks almost unstoppable in every race. Last time out in Japan, his nearest competitor was his Red Bull team mate Mark Webber, who may have run him close if he’d managed to get past Romain Grosjean’s Lotus a little quicker in the dying laps; Grosjean finished third. Alonso could only manage to drive his Ferrari to fourth place.

The only other driver who really deserved congratulations in Japan was Sauber’s Esteban Gutierrez, whose seventh place finish gave him his first points of the season.

One of the newer and fastest circuits on the calendar, it is well designed to make overtaking easier and thus give an exciting race. This will be the third grand prix at the Buddh International Circuit and there may be a wait for the next as it is not on the provisional calendar for 2014. Though there is a nice mix of straights and corners, there is nothing too taxing for the drivers. Pirelli has opted for the medium and soft tyres, which should suit Lotus as it bids to pass Ferrari and Mercedes for second place in the constructors championship. Sebastian Vettel won this race last year.

Four in a row

If, or rather when, Vettel clinches the title, he will become only the third driver ever to win four titles in a row. The other two are Michael Schumacher and, way back in the 1950s, Juan Manuel Fangio. But, unlike Vettel whose titles have all come in a Red Bull, Fangio won his five titles with four different teams.

Renault is celebrating that for two grands prix in a row – Korea and Japan – all three podium places were for cars powered by Renault engines. And Mark Webber’s pole in Japan was Renault’s 209th pole ever in grand prix racing, a new record for an engine manufacturer. “Suzuka is always a test for engines and rewards the strongest engine-chassis packages, so for us to score such a result here is incredible,” said Rémi Taffin, Renault Sport F1 head of track operations. 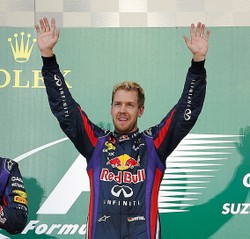 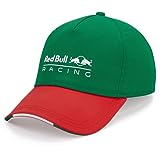