Within this article, I will try to show you who Grandma Marilyn aka Marilyn Southmayd really is. I hope you enjoy your journey through my lifestyle and entrepreneurship.

Since 1994, when I quit the Civil Service to move up to Illinois to be near my parents,  I have had a hard time finding work. I was being told that I was either over qualified or under qualified.

I finally learned how to drive a semi-truck so that I could drive team with my husband.  But, due to health problems, I was not able to continue this way of earning a living.  There again, this caused problems of its own.

Since my viewpoints on this matter are so long, I will be breaking this up into different modules.

Perfect for My Situation

Too Old For The Job

Couldn't Acknowledge This Due to Discrimination

They never said it but a lot of the employers didn't hire me because I was too old (started when I was 45 years old).  They wanted the little cuties in their office that would leave as soon as they got experience.  Of course, they put it the other way around in that I would use them as a stepping stone to get somewhere else.  WRONG!  If anyone would have hired me for working in their office, I would have probably gone up the ranks within their company and retired there.  But, they were getting so many applications from all ages that they had a right to pick and choose.  Who was I to say that I was the most qualified for their job.  If they had told me that I was too old, I would have been able to sue them for age discrimination.

How Old Do You Think Is Too Old

To Be Able To Get A Job?

Over Qualified For The Job

As If I Couldn't Learn

Last but not least, you had the managers that felt I was unqualified.  Now, that one they have me on.  I checked the job descriptions before I sent in the resume for the job.  Although, the one they used was that I was unqualified for office work since I had not done office work for over 2 years.  Hmmmmm, does office work change that much?  I had been working with Microsoft Office programs the whole time.

Do YOu Think That A Person That Has

Not Worked in An Office Job Is UnQualified?

No, I think they would retain the information enough to work in an office atmosphere.

I feel exactly like you. I KNOW that age discrimination exists. The employers have just become more clever about the way they get around it. I was hired for an office job after working retail for several years. Six weeks later, I was "let go". No reason given other than, "It's just not working out." The boss was a smug, twentysomething year old who didn't like "older" employees. I was performing my duties exceptionally so she had no basis to fire me. Went back to retail.

Unqualified is over rated. Good work ethic and ability to learn is under related. But no one ever asked me.

There is on the job training if someone is willing to train a person.

There is plenty in office work that doesn't involve using software. How about common sense? I've met plenty of workers who know how to use the office automation software yet are unqualified because they can't figure out the simple stuff.

Each office has its own "office culture" so to speak, which you can only learn by doing the work. If you know how to do what is required, you should be given the chance.

I'm sure a simple refresher course may be all a person would need that already knew office work. I think they were trying not to get called on the discrimination of your being too old.

Things change, but the basics of working in an office don't change that drastically in just two years. That is an excuse. I'm sorry you've been the victim of ageism.

Alternate To An Office Job

When I couldn't find any office jobs, I finally decided that since my husband was a truck driver that I would become one, too.  We found a company that would train me and then allow him to finish the training.  I drove with my husband for 9 years off and on.  Finally, due to Arthritis and Diverticulitis, I had to get off the truck.

That left me at home with no job again and still not being able to get one.  Oh, yes, this is when they decided that since I hadn't worked in an office for two years that I was no longer qualified to work in an office.  I had used all of the Microsoft Office software to keep all the correspondence and records for the trucking business.  Apparently, they decided that that didn't qualify as I was not working for someone in an office.

I took a temporary employment test and aced all of the computer tests that they could throw at me to include data entry.  I had the highest scores this office had ever seen but their employers would not hire me because I hadn't worked in an officially labeled office in over 2 years.  I don't get it.

Do You Love Semi Trucks?

Do You Dream Of Driving One?

Next Step Look On Internet

This is when I decided it was time to try to use the internet to earn some money.  I built a website and didn't sell anything from that.  I am currently trying to change the website to some other format that will hopefully draw customers.

I tried Etsy (had 3 stores:  ready to sell jewelry, bead patterns, and other crafts) and sold 5 items in 7 years.  I have now shut down this store as it was costing me too much to keep it open.

Then there were other venues like ecrater, zibbet, zazzle (8 print on demand shops:  allthingstexan, crittersgalore, botanyplace, creativedoodles, grandmamarilyns, postagestampslane, vintageavenue, and northwoodsencounter) and others that I still have products in.  So far these had not brought me much money.  I have not given up on these though.

I loved beading and had been trying to sell my ready to wear jewelry online for a number of years with no success.  I joined a team on Etsy that had challenges every so often and bought a bead pattern software to do some creations of it.  Many people were trying to get me to sell some of my patterns but I didnt' have confidence in myself.  Finally, they convinced me.  I have been selling some of my patterns at Bead Patterns Boutique and The Bead Coop.  I have been earning enough to pay for my supplies so that my husband no longer has to pay for them.  I have plenty more patterns in my folders that I need to upload to each of these shops.

I now write for Squidoo and Wizzley.  Not getting very much yet, but you never know.  I love writing these articles.  I am also have a blog that I post to.

Oh yes, one more venue I am selling in.  I have written a cookbook called "Cooking for Two, Add Candles for A Romantic Meal" that I am selling on Amazon and CreateSpace.  I hope to have more cookbooks and books to add to this list of items being sold at these venues.

Stop on by my shops to see what I have created over the last seven years.

Learn a little more about you all the time. I knew we were a kindred spirit. Thanks for sharing Marilyn.

I haven't opened any shops yet, just do a lot of writing. Each month the Squidoo $ goes up bit by bit, google adsense on my main website has been going up, get paid to do some ads on blogs, I do eBay, and now I'm trying out Wizzley. I sometimes wonder if I just focused in on one of them and persisted at it, if I'd do better than being spread out...but I get bored with just one thing easily:-) Stick with it GrandmaMarilyn...update a lot and have fun...the money will come, slowly but surely. Thanks for being a fan:-)

I do love to see more of us grandmas on here! My combination is a bit different, but again the same - Squidoo, Wizzley, Webnuggetz and Nezie stores. I am overwhelmed these days, but I do think between those four I should be able to increase my income to a more comfortable level. Welcome to Wizzley. Enjoy!

Yes, unfortunately, that is true that many of us have the same song with different variations. So sad though.

Your song is my song...just your version. Great bio and introduction.

Thank you, Pukeko. I know it is going to be the magic ticket. I just have to work very hard at it. LOL I have added best-reviewer to the combination also. I will see what I can get going. Still need to get up to 5 Wizzleys on here yet. I think I need 3 more.
Yes, bizilady, it does seem that it is getting younger that you become too old to work. That is a crying shame.

hey Grandma Marilyn; nice to meet you!
looks like you have had the same problems I've encountered.
It's getting so that anyone over 30 is too old...
working on the internet has helped many

Marilyn, let's hope that the Squidoo, Zazzle, Wizzley combination is the magic ticket. I am doing the same. Thanks for sharing your story. It was interesting and fun to learn more about you.

Thank you for your comments, Sandy, Hamshi, and lou. I really do appreciate it and thank you for your support also. I know a lot of us out here are getting discriminated against for our age but nothing we can do about it except bite the bullet and find another way to make money. I think we are doing that, too.

Yes, it is cool that I can drive a semi-truck, Sandy, but I gave up my class A CDL so can't drive one anymore.

Good to hear your story Marilyn - I also think that agism is more rife when it comes to women then men as well which is very frustrating.

This is my Wizzley earnings page. I'll share information about how much money...

Working From Home is My Dream Come True

After many years of working out in the world and making little money, I now h... 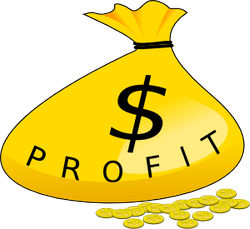 This is my Wizzley earnings page. I'll share information about how much money I'm earning from Wizzley in the hope that others will find it useful.
100%  34   29 dustytoes
Work from Home Business 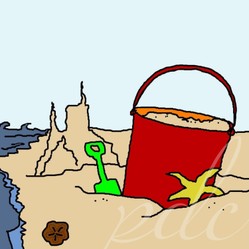 Working From Home is My Dream Come True

After many years of working out in the world and making little money, I now have a dream job, and do it from home.
Loading ...
Error!