Is Shoulder Pain Keeping You Up At Night?

Having gone through two painful shoulder injuries, I know a thing or two about how to rehabilitate them to try to avoid surgery. Here's the story of my latest injury

Shoulder Pain Like Someone Is Sticking You With An Ice Pick

I remember it like it was yesterday, that nagging sharp shoulder pain that just wouldn’t go away, unless I was laying on my right side that is.  It appeared suddenly and without warning, something called Frozen Shoulder.  I don’t even remember how many sleepless nights I had because of my shoulder pain but I can tell you it was far too many.  I don’t even remember why I didn’t go to the doctor, the pain was certainly enough to warrant an MD’s opinion.  I guess I’m one of those guys who likes to think he’s invincible or something.  Knowing now what I didn’t know then, I can say without a shadow of a doubt, I was an idiot.  If you have shoulder pain that is keeping you awake at night, see a doctor and find out what it is.

I think my fear was that my father and my older brother both had experienced similar problems with their shoulders and I just thought I was just going to be next in line for shoulder surgery.  I remember seeing my father in his sixties with his arm in a sling and not even being able to move his arm for fear it would tear the repairs that had been made and he would have to go back and have
it redone.  There was no way I was even considering going through that!   He couldn’t drive, he couldn’t brush his own hair, he even had a difficult time in the restroom, if you know what I mean…sorry Dad!

Not only that but I had also previously suffered a severe rotator cuff injury on my right arm that caused my arm to fall out of socket an inch or more when I held weight of more than 5 pounds.  Months of intense physical therapy under strict doctors supervision allowed me to avoid surgery and eventually got me back on the baseball field the following season.  Yes, that’s why I was injured in the first place but I just couldn’t give it up…

But even having gone through a similar experience myself, I knew this time was different. With my rotator cuff injury I only had pain when I tried to lift weight, throw a ball or when I twisted my arm in a certain position.  With this shoulder injury I was starting to lose my range of motion.  It got so bad that some days I was having a hard time raising my arm up to wash my hair in the shower. It went on far too long and I was beginning to worry I had waited too long to seek help.

The Road To Recovery. Finally Getting Relief

Don't Do It All On Your Own

Then one day I woke up and decided that I wasn’t going to take it anymore.  I did some research
online and found that not all shoulder injuries are the same.  Wait, I knew that!  I had already been through that.  Then I read that many shoulder injuries can be rehabilitated without surgery.    I knew
that too!  What a dummy, I thought.  So I woke up that next day with a new outlook on my shoulder problem.  I was determined not to let it get to me anymore and I sure as heck wasn’t going to let it beat me.  I began an easy exercise regimen that I had found online and started my road to recovery.

As each day passed, I could feel the range of motion coming back.  After one month, there was such a dramatic difference I was even able to start sleeping on my left side again.  As more time passed the nagging pain like someone was sticking an ice pick in the top of my shoulder was
finally gone and so were my fears of having to go under the knife.  I had won the battle of the shoulder injury!

Now, although there is a happy ending to my story, I don’t want you to think that I cured myself or that I’m telling you that you can either.  Admittedly, I was foolish for not going to the doctor to have my shoulder checked.  Also keep in mind that I had already been through months of intense physical therapy on my other shoulder years before, so I knew many of the exercises that I could do to strengthen the shoulder without causing further damage.  Yes, I was lucky and today I am very grateful for not having to have gone through a long and painful shoulder surgery like my father or brother did.  But not everyone is as lucky as I was, twice.

So if you have pain in your shoulder, especially pain that keeps you awake at night, go see your doctor and find out exactly what is causing the pain.  Don’t let the fear of surgery keep you from getting help like I did.  Chances are that you won’t need to have surgery and then you can come right back here and use the resources i have provided to get you back to a shoulder pain free way of life.

Created To Help People Who Suffer From Shoulder Pain

Rotator Cuff Healing Center
To see what exercises I did to start my rehab and to learn more about various programs that are available as an alternative to surgery, I have put together a little website that lays it all out there for you. I call it The Rotator Cuff Healing Center and it’s open right now for you to browse around in. There’s also a great forum where you can sign up and leave some helpful information for others to see what you have gone through. I invite you to go and check it out now and see if there’s something there that can help you out. If not, please feel free to leave me a message to tell me how I can help you better in the future.

Thanks for the words of encouragement 2uesday! Although I'm sorry to hear you suffered from the shoulder problems, I am delighted to hear you found a way to overcome them. And yes, it is very possible the yoga had something to do with it along with the amount time you had to endure the pain. Thanks again for your knowledgeable input on this subject.

MamaTeresa, first off, thank you for the heads up on my title.
Second, I hope you don't wait too long to have a doctor look at your shoulder like I did. I suffered way longer than I needed to from fear of what they would find. I don't think painting a ceiling can cause a super serious injury that would need surgery so don't be afraid and get it looked at.

My shoulder hurts now, I was painting my son's ceiling and it has hurt for months now. I don't want surgery.
Teresa

Dr. Stanislaw Burnzynski had a thriving clinic in Houston TX with many succes...

Herbal bitters have a long history as a digestive aid -- perfect for holiday ... 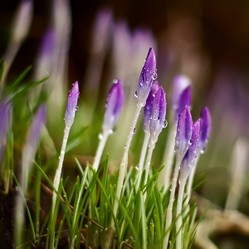 Dr. Stanislaw Burnzynski had a thriving clinic in Houston TX with many successes curing hopeless terminal cancer patients. The FDA tried to shut the clinic down. They failed.
95%  9   10 Holistic_Health
Alternative Remedies 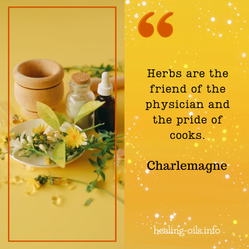 Herbal bitters have a long history as a digestive aid -- perfect for holiday indigestion.
Loading ...
Error!