Have you ever wanted something so badly you could almost taste it or feel it in your hand? Read here to learn how to train your mind to get you those things in life you want most.

Fitness author and expert in many fields of health and fitness, Jon Benson, has created an amazing program that teaches you how to attain any goal you set. Using a method Jon calls the "Principals of Core Ethics", the "M-Power Audio Series" teaches you how to re-program your subconscious which allows you to believe you can reach any goal you set for yourself. Learn how you can live your life without limits! Want to fall in love, lose weight or get a better job? Now you can and it truly is an amazing, life altering experience.

First, You Must Want Total Control

Do You Want To Go With The Flow or Create Your Own Path?

I am a firm believer that we are in control of our own futures, our own destiny as it were.  Yes, I do still believe there is a God and that he has a plan for my life.  The difference with me now as opposed to when I was younger is that I no longer feel I am supposed to wait to see what God has in store for my life.  I have seen greatness in my life.  I have witnessed people who have set and accomplished goals that were so far from the imagination that I didn't think they were possible.  I have witnessed my very close friend, at 55 years old, take his 380 pound body and work it every day until one year late he had lost 130 pounds.  Proving to me once and for all that we have control and that who we are and what we do with our lives is completely in our own hands.  That is why today I believe that I have a responsibility to myself to be the best I can be in every aspect of my life.  Today I no longer feel I am destined to be average.  Today and everyday from here on out, I choose to be exceptional! And I will work and I will fight until I reach all of my goals.

How about your life?  What do you desire?  If you could do anything, what would you change?  Would you want to lose some weight and get in better shape?  Would you want to find a better job that pays you what you're worth?  Or do you want more than anything to fall in love and to have your happily ever after with that special someone?  Well friend, what if I told you that all of these things are possible?  Scratch that, because they are not just merely possible.  Anything is "Possible".  What you want is reality, am I right?  So from here on out, you have to understand and believe that anything you desire in your life is not only possible but is realistically within your grasp.  But in order for you to change things in your life you must realize that you need to do things differently than you are doing now.  Change will not come on it's own, you must make it happen!

So now the question is, how do you start making those important changes in your life to even begin to realize those hopes and dreams of a better you?  Well my friend, it all starts with desire.  In order to have control you must first want to take control of your life.  No longer can you allow yourself to go with the flow and see what happens.  Like the river that over flows, you too must make your own new path.

A Life Without Limits

What Does That Mean For You?

Can you imagine living your life without limits?  What would that mean for you?  For me, it means never having to fear being rejected.  It also means nobody can make me feel inferior or less useful than anyone else.  A life without limits means you can achieve any goal you set your mind to.

This brings to mind an amazing program I came across a few years ago that I think everyone should be introduced to.  It's called the "M-Power Audio Series" and it teaches you how to live life without limits.  The creator of the program, Jon Benson, is an internationally known health and fitness expert who actually used this exact thought process to change his own life in the matter of a few years.  One day he woke up, a forty-something year old, overweight, slug of a man who was basically on the verge of death from his obesity and just a few short years later he looks like a body builder in a magazine.  What's more is that he began to write books and then created an extremely successful Internet business and most recently fell in love and got married.  None of these things were even in his wildest dreams ten years before and by using the "I've got nothing to lose" mentality, he learned to live his life without limits and look at him now.

Getting back to the "M-Power Audio Series" and what I was originally going to say to you which is that I think you should consider taking a closer look at what it has to offer you.  Look, I know we have all heard testimonies of other people using this type of program to "Change their lives", blah, blah, blah...Let me tell you what sets this one apart.

Using his trademark "Principals of Core Ethics", Jon Benson's "M-Power Audio Series" awakens the sleeping giant inside you and helps you transform every aspect of your life.  Since the "Principals of Core Ethics" is founded on three specific distinctions 1. Truthful Thinking 2. Ruthless Responsibility and 3. Flowing Abundance, you will learn how to transform your mind and body in the most positive and constructive ways possible.  With that, you will learn that relationships will be easier for you to form and maintain, your desire to maintain a healthier lifestyle will become more than just a desire and you will finally be able to believe you are worth more than what you are settling for in your life.  You deserve more, you know it and I know it.  But just saying the words isn't enough, you need to take some action and do something about it.  M-Power Audio Series just might be the kick in the pants you need so check it out.

Take Control And Transform Your Life

M-Power Audio Series
Originally released in 2005, Jon Benson's M-Power Audio Series has already changed the lives of over 19,000 men and women from over 100 countries. M-Power is endorsed on the sales page by dozens of life coaches, fitness professionals, and even doctors in the fields of psychology and physiology. Jon's program includes 48 audios in studio-quality MP3 digital format, study guides, and a proprietary online delivery system, allowing one audio and study guide per week for 48 weeks, making M-Power Audio one of the most valuable and powerful products you can ever use!

Manifesting Life Within The Moments

A Brilliant Article By Jon Benson and A "Must Read"

Now I have followed Jon for many years now and read almost everything ever written about him.  Do you know that I can't find anything anyone has ever said negatively about him?  That tells me that he is one of the good guys.  I believe in him so much that I even created a website using him and his amazing products as the inspiration.

If you do a search for Jon Benson on the Internet you may even come across one of the many articles I have written about him.  One article in particular was one I published on Hub Pages that actually contains a copy of an article that Jon himself wrote called "Manifesting Life Within The Moments".  Since I admittedly don't posses the writing skills it takes to adequately describe what his message was when he wrote that article, I thought it would be better for me to share it as it was written.  You can find it down at the bottom of my Hub.

You can read it here:  Manifesting Life Within the Moments on Hub Pages

The article speaks about thinking truthfully as opposed to positively or irrationally and how that enables us to see that words become our world.  It is one of the most fascinating things I've ever read and I believe is a "must-read".  Please take a few minutes and check it out.

As I close this article, I want to thank you for taking the time to read with me today.  I hope I have touched you in a positive way and have sparked something inside you to believe in yourself again.  Remember, only you can take the next step towards change but I hope someday you can thank me for pushing you to make it.  If I only help one person who ever reads this article, it will be worth it and I will feel I have accomplished what I set out to do.  Best of luck to you in all you do in your life.

Absolutely katiem! You can choose to accept what you have or do something to change it, but it's always your choice. Thanks for your input.

Very powerful advice which no doubt will create powerful and positive changes for the better. We are in charge of it all aren't we???

Otherwise known as "100 Things I Would Like to Do to Improve My Own Life". Mi...

Do you really want to do this? Or do you lack the means to express yourself p... 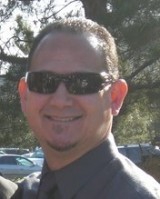 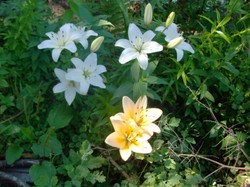 Otherwise known as "100 Things I Would Like to Do to Improve My Own Life". Might as well help you improve your own life at the same time, right?
45%  4   5 classicalgeek
Transformation

Do you really want to do this? Or do you lack the means to express yourself properly?
Loading ...
Error!