Now you can use your electronic devices when it is cold outside.

Gloves made especially for texting and making that all important phone call when you are out and about are available in a variety of styles.

Need to Use Your Electronic Device in the Cold Weather?

SmarTouch Gloves to the Rescue!

Have you ever whipped out your phone to make a call on a cold day or been texted when you are on the ski hill? You try to answer your messages, but your mittened hand slides all over the screen and you are unable to complete your sentences. If you slip off your heavy gloves, your fingers feel the cold in just a few minutes. You are likely to feel frustrated and have to go indoors if the message is an important one.

Styles and Colors for Everyone

Isotoner SmarTouch gloves come in a variety of sizes and colors. You can choose your colors after you click onto the amazon site. Sizes are for both men and for women. They make great gifts for those who rely on using smart phones in all types of conditions.

This video about Touch screen gloves compares three different products for touch screen gloves. Two of these gloves come ready made -- Isotoner SmarTouch gloves and Aglove. The third consists of some conductive fabric that you can attach to a pair of your own favorite gloves.

This third option could be helpful for someone who wants to customize a pair of gloves he or she already has, but it requires some fooling around with attaching the little patches, and for the person on the video making the comparison, this option didn't work satisfactorily.

Which Gloves Worked the Best?

None of the options seemed to be perfect for the reviewer, but there were clear advantages and disadvantages to each. The middle option, Aglove, made the reviewer a bit nervous. He seemed to think that there was a strong possibility he could drop his expensive phone because the fabric seemed slippery.

The Isotoner gloves, he decided, were the best of the three because they were warm and safe enough he wasn't worried about dropping the phone.

Useful Texting Gloves for the Colder Months of the Year

These Isotoner SmarTouch gloves are meeting a need of people who regularly use a smartphone or an ipad or any other hand held electronic device.

Now that Christmas is over, you may find that that person is you. Or maybe you know someone whose birthday is in January or in February. These Isotoner SmarTouch gloves would make a great gift.

You may need to get a pair of these gloves for yourself as well.

Choices for Smartphones, iPhones, and Other Electronic Devices

For Using iPhones and Other Smartphones

Just What You Need in Cold Weather

Now whether you go with the Isotoner SmarTouch gloves or whether one of these other designs catch your fancy, I hope something on this page has been useful to you.

Many of the featured gloves come in more than one color, so if you see a pair of texting gloves in black but you'd prefer a pair in pink or bright red, click on the picture to get to the product page where you can see the options available to you.

Some More Articles You May Enjoy

Check Out These Pages

Come Join Us on Wizzley!

What Do You Think of the Isotoner SmarTouch Gloves?

Thanks, Mandee and Kinworm! As the winter wears on, the need for these gloves continues. Mandee, how has your daughter's experience wearing these gloves worked out?

They are a great idea. I use fingerless gloves but they let the cold in.

These are so cool! My daughter asked Santa and Grandma delivered for Christmas! She absolutely loves them and say they work great. Terrific article Shelia!

Flower umbrellas are vibrant and pretty to cheer you up on a rainy day. Carry...

Clothing is something that you're always going to need, just like groceries. ... 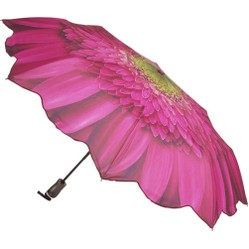 Flower umbrellas are vibrant and pretty to cheer you up on a rainy day. Carry a flower umbrella and laugh at the rain!
72%  6   8 lobobrandon
Outerwear 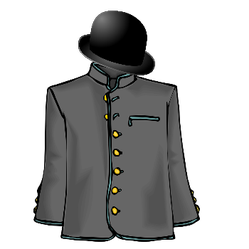 Clothing is something that you're always going to need, just like groceries. Therefore, it would be wise to find coupons for clothing stores before you shop.
Loading ...
Error!