A brief bio-snapshot of John Ronald Reuel Tolkien. (1892 - 1973), the architect of Middle Earth, and gift ideas for the Tolkien enthusiast, like Hobbit Scrabble.

Lauded by many as a literary hero, Tolkien was a very private man and research to publish his biography was not made easy. Tolkien's youngest son, Christopher, chose not to cooperate with independent biographers; so let's just say additions to the authorized biography can be viewed as "complementary".

This article weaves together fascinating, funny and ordinary facts to create a biographical sketch of John Ronald Reuel Tolkien, the famous British author of the Lord of the Rings Trilogy.

Sketch Created From a Few Fascinating, Funny and Ordinary Facts About This Reclusive Writer / Scholar / MythMaker

Humphrey Carpenter, was permitted to published the "official" biography. Carpenter was given access to the author's private papers and letters, as well as being given freedom to gather information from his friends and associates.

However, other biographers, e.g. Daniel Grotta, apologize in advance if readers feel their presentation of the life of this great writer falls short. Having not had the same advantages as Carpenter, their work is the result of snippets, tidbits, details and anything else they could dig up via research and amateur detective work.

Science Fiction and Fantasy Authors Who Served in the Military, and How it Changed Their Work - Tolkien is on this list with many others.

10 Facts Only 'Lord Of The Rings' Super Fans Know | HuffingtonPost.com

Gifts for the Tolkien Enthusiast

J.R.R. Tolkien: An Audio Portrait - Radio and TV archive material from the '60s and '70s compiled. 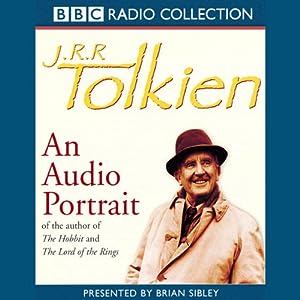 @frankbeswick - Tolkien wasn't the only one "annoyed" (repulsed) by Hitler's sillyness. The Thule Society? Sounds like a great topic for a Wizzley page.

One overlooked fact out hobbits are that they are anti-Thule. The Thule society, an occult group committed to German racial supremacy, backed Hitler, as they were using him as a tool of their supremacy. Their ideal physical specimen was tall, fair, had lank flaxen hair, was short of body hair and had some distinct feet characteristics [I am none too clear about the precise measurements and criteria.] They were convinced that true Aryans had to pass a foot measurement test. Tolkien's hobbits are short, brown, have brown curly hair and very hairy feet. The hairy feet are his subtle mockery of Thule. [There are differences in human feet, but they are subtle and insignificant, except when I try to make shoes made in continental Europe fit me properly!]

Tolkien, an expert on mythology, was deeply annoyed at Hitler's perversion of Nordic myths, even before the war began.

@SeanMac - Super?? Oh thank you so much!! I very much enjoyed preparing this article for publication. Appreciate the compliment.

Super article. How they can compare GRR Martin to Tolkien I'll never know. The great JRR wins for me every time!

Indeed. Time is precious. Thanks for stopping by @EmmaSRose.

@DerdriuMarriner - I love "The Precious". Thanks for your comments.

cmoneyspinner, Those "Hobbitses" are quite endearing and brave. J.R.R. Tolkien created an extensive universe and peopled it with memorable characters = quite an accomplishment.
I love the tidbit about Mick listing his father's profession as WIZARD on an official Army record!

@Tolovaj - I find it interesting that he was such a private man. Dealing with fame and the public adoration must have been very difficult, even though I'm sure he appreciated it.

Tolkien will stay forever in world literature for creation of Lord of the Rings but if I remember correctly this project started as a sort of experiment - how long can be a story to keep the suspense from the beginning to the end. After a while Tolkien (who wrote very interesting essay on my favorite subject - on fairy tales) admitted it could be much much longer than he expected.

@jptanabe - I like the bit of trivia where his son calls him a WIZARD. :)

I love a good book where the female lead doesn't always wait around for the male lead to rescue her. These are some of my favorite strong female book characters!
100%  26   13 JoHarrington
Action and Adventure Movies