Bollywood dramas that address the complexities of being Indian, being Muslim, being engaged in terrorist activity, or being viewed by others as a terrorist just because.

The aftermath of 9/11, gave rise to a lot of resentment, anger, fear, mistrust and prejudice directed toward people of the Muslim faith. Very similarly, in U.S. History, the reaction of the country's leaders when Pearl Harbor was attacked, was instant suspicion about Japanese-Americans. The difference between December 7, 1941 and September 11, 2001, was that Muslims were not rounded-up and thrown into detention centers until it was determined that they were not a threat to national security. Right? Not so sure how to answer that question? Pretty tough question, eh?

OK. Let's skip it or change the subject. Do you like Bollywood movies? This article recommends three: “Kurbaan”; “My Name is Kahn”; and "New York".

Kurbaan is an intense Bollywood drama; a love story set against the backdrop of a terrorist plot. My ethnic background is not Indian and so my views about all of the movies are obviously colored by my American, African-American, Christian, female, "all human beings are equal and face the same basic problems of choosing priorities and making difficult decisions" background, philosophy and point of view, i.e. if you found yourself in that situation, what would you do?

"Something big is being planned here"

Couple #1: First thing to note in the film "Kurbaan", is that it's a mixed marriage. A Hindu woman marries a Muslim man. Call them Couple #1. Second thing is that there are layers of activity, just like in real life, where the paths of varying people intersect and that's what adds flavor to the plot.

The Hindu woman played by Kareena Kapoor accepts a proposal of marriage from a Muslim man, Saif Ali Khan, and they come to live in America. There is supposed to be equal opportunity housing in the United States but conveniently they get themselves moved into a neighborhood that is mostly Indian. The neighbors across the street are Indian Muslims. The Muslim husband, wants to be neighborly so he and his wife go over and have dinner. After eating, the genders split up. Men go off to one room to talk serious business. The women talk amongst themselves. The old woman or matriarch does not allow the young women to say too much, but enough is said so that you get the understanding that the young Muslim women feel a tad bit oppressed and they don't like it.

Couple #2: Another young couple, also in love, get weaved into the scenario. They don't live in the neighborhood. Call them Couple #2. They are two are Muslim-Americans: they see no conflict or contradiction in being devout in their religious beliefs and patriotic about their country.

The woman in Couple #1 knows “something” about the tragedy and wants to tell somebody, but does not yet realize that her husband knows way more than what he led her to believe about him. Of course, as what often happens with married couples, she gets pregnant.

So here's the problem that has to be solved:

At the end of the film, comes the question that no woman - Indian, Muslim, Jewish, Black, White, Hispanic - wants to have to ask a man that she married and is getting ready to have a baby for:

Shah Rukh Khan and Kajol are the loving couple in this movie. Even though the man suffers from Asperger syndrome, he is very gifted in many ways. The sweetest, gentleness and innocence of his character can't help but make a woman fall in love with him. Kajol is a hairdresser who has a son from a previous relationship. She is Hindu. Shah Rukh Khan is Muslim. They marry and begin living a wonderful life in California until that dreadful day in 2001 that upset the entire country.

Khan and Kajol are back!

The did not lose their chemistry!

The life-changing event that tears this couple apart is the violent death of the woman's son. He is kicked to death by children his own age as “payback” because the father of one of his friends died serving as a soldier in Iraq. In her pain and anger she takes it out on her husband, because after all, he's the one who is Muslim. Why should she have to take the blame for 9/11?  She is not Muslim and neither was her son, so why did her child have to die?  Grief-stricken she reasons that if she had not married him, perhaps her innocent son would still be alive.  He is ordered to leave her and never come back until he accomplishes something very specific. So he sets out on a mission.  If the woman he loves says this is what he needs to do to repair their relationship and make things right between them again, then that's what he will do.

There are several lighthearted scenes in this movie that reduce the tension by offering a glimmer of hope that mankind can be at peace, and that we need not hate and hurt each other.  There's is no such thing as too much charity.  But the theme of the movie is never buried.  Racism, prejudice, hatred, anger are very real emotions that can move people individually or collectively to commit acts of harm and injury to others. When misdirected these emotions can cause a lashing out and innocent people, all too often innocent children suffer from the crushing blows wielded.

What is this movie's most memorable line that is stated over and repeatedly, so that you get the point? It's something everybody wants to say to the President of the United States, if they ever get an opportunity to meet the Command-in-Chief face to face.  You introduce yourself because the leader should know who's he's talking to, and then you tell him something about your character that makes it plain that you have human rights and you are as good a human being as anybody else.

The two movies mentioned above were intense and thought-provoking, but "New York" is the movie that really painted the picture for me.  Just three all American kids, studying at a university, doing all the things that crazy college students do while pursuing a higher education.  Katrina Kaif is a beautiful All-American girl; and you can't get much more AAG (average American guy) than the character played by John Abraham.  Well that's how he was pre-9/11.

Post 9/11?  Hey!  What happened to that really nice guy?  You know!  The talk, dark and handsome, proud to be an American guy?  Where did he go?  Why was he was taken there?  Are you surprised that he had a change of heart when he was made to understand that he wasn't considered to be an All-American boy, with the same rights that all American citizens have?

I'm not trying to justify the main character's subsequent "I wasn't a terrorist before, but you sure gave me reason to be one now!" decisions and actions.

But as the comedian Chris Rock might say as an observation:  "I'm not saying he should have done it.  But I understand."  Torture, psychological harassment and mental trauma inflicted on an innocent person who is undeserving of a such treatment, is a hard thing for an individual to work through.  It can cause some people to crack.  Not all.  Just some.  But who ever said life was fair?

Most memorable quote from the movie?

My Other Movie Reviews Here at Wizzley

Movie Review: The Manchurian Candidate
What is more fun than watching a great old movie? Watching the movie remake back-to-back for contrast and comparison.

Casablanca Was Not on My List for War Movies
In the USA, usually for certain patriotic holidays, the TV stations air military movies. If you made a list what movies would you choose? Here are my personal picks.

Movie Review: Gladiator (2000)
It's been over a decade since Gladiator (2000), starring Russell Crowe, was released and its intense appeal has not dwindled or died out. It is still worthwhile viewing. Rated R.
Updated: 08/21/2017, cmoneyspinner
Thank you! Would you like to post a comment now?
8

@Aaroon – Thank you so much for leaving a comment to let me know you were here. Looking forward to reading your pages. Welcome to Wizzley.

Thanks for the rundown!

@WriterArtist – When I met my husband he opened up a whole new world for me. First he introduced me to world music. Then he got me into watching foreign films. What a blessing he is to me. :) As always your comments are appreciated.

Dear cmoneyspinner - Amazed to find reviews of Bollywood cinemas here. I love English movies for the action and theme. Some of the great stories that I could ever view are from English stream. Not to mention Disney cartoon movies, Sound of Music and Harry Potter. I love old English movies too. However; I cannot imagine a Bollywood movie without songs, most of us go to movie to hear those songs and the accompanying dances.

@younghopes - The music is awesome. Sometimes I can't get my husband to watch the whole movie because he just wants to listen to the music and skip the talking parts. :)

Haha....Well, what you are saying Treathyl, i have heard lots of time from non Indians, but honestly the songs are one of the most interesting part of these movies. Infact some of them are too good,

@AbbyFitz - Hello! Nice to see you visiting. My kids don't know why my spouse and I like Bollywood movies. They see no reason for all the singing and dancing parts. But we enjoy them and appreciate the cultural exposure.

These look like very touching movies. I've only seen bits of Bollywood on YouTube. I will have to watch more

@younghopes - Yes. My husband turned me on to foreign movies a long time ago. We would have started watching Bollywood movies sooner but we did not have access to them.

@VioletteRose - Yes. The other movies do have similar themes and were not included above because they don't relate to 9/11. But they were on my list of Bollywood movies to publish a review about. I don't know why more people don't write reviews of Indian movies in these writing communities. I know I'm not the only who watches them! :) 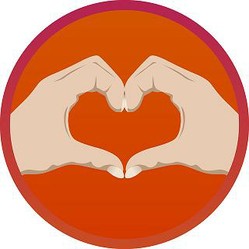