Lifestyle Blogs: The Art of Manliness

Looking for a great blog to follow for relationship advice or just plain old good reading? Visit: The Art of Manliness.

Can't remember how I arrived at the site but do remember that I was not looking for it. Recall something about a post that asked a question about places one goes for silence or to think. Should have bookmarked the post. Should have. Could have. Didn't! It's history now.

Being a woman, when you come across a site with the name “The Art of Manliness”, you scratch your head in bewilderment.

“Manliness”? Meaning? “Man stuff” as described by the popular American comedian Tim Allen? or “Man zone” like you need a special key to get into Hugh Hefner's club or something?

One description of the site said: “A blog about manly things.” The tagline says “Reviving the lost art of manliness”.

All of this fuzzy wording clarified nothing. Only one way to clear things up. Go to the blog!

So What Does Being Manly Entail?

Are Men and Women From Two Different Planets or Not?

Many people are familiar with the expression: “Men are from Mars. Women are from Venus.” It's actually the title of a book written by John Gray, a person with a Ph. D., who wanted the opposite sex to be able to understand each other better and enjoy their relationships. In order for that to happen, humans needed to understand that men and women are so opposite in temperament, in rationale, in their thought processes, attitudes and behavior, etc. that it's like being from two different planets. The first edition of this book was in 1992 and it was at one a New York Times Best Seller. It is past the 20-year mark so the book is qualified to be referred to these days as a “classic guide”.

Not to put down Dr. Gray's work in any way, but in my mind, this blog, “The Art of Manliness”, which was established in 2008, sort of dilutes that “Mars versus Venus” notion or concept.  (It doesn't eradicate the idea completely.  My marriage partner and I have been together for over 30 thirty years.  When I met him he was an alien and even though he now has valid USA citizenship papers, it didn't get rid of the "alien" part of him!)  When you review the articles or posts, you begin to say to yourself, “Oh my! We do live on the same planet!”

With respect to the Allen/Hefner, ape-man, caveman, Tarzan, womanizer – all those negatives which unfortunately have crept into our societal and cultural consciousness and have become associated with ”UG! UG! ME A MAN!!”? The site is nothing like that at all. It's a wonderful place!

The site is owned by a husband and wife team, Brett and Kate McKay and they have also written books. Like Dr. Gray they are also highly educated. Their books, along with Dr. Gray's guide, should make it onto a “Reading List” for books on relationship advice or just a good read.

So if you have never visited the blog, below is a feed of their most recent posts. Like I mentioned earlier, because it was not in my bookmarks, it slipped my mind. One day while searching for information on James Bond, it appeared in the search results: The James Bond Shower: A Shot of Cold Water for Health and Vitality. Deja vu!

(P.S.  The blog archives have about 1500 articles.  So you'd probably have a lot more fun if you when you went to the site you just clicked the button to view a Random Post; or start at this one: What Does It Mean to Be a Man? 80+ Quotes on Men & Manhood.  After you finish reading the quotes, read the comments.  The post has over a hundred remarks.  As I begin tp scan the responses, I couldn't help but think of the Jeff Foxworthy joke with the line that says - "You left a bunch of 'em out!"   Readers are like:  "OK. Your 80 quotes is good and all, but here's another one!")

Use the 90/10 Rule to Decide Where to Live
Whether you’re moving across town or across the country, there are a lot of factors to consider in deciding where to live.  To figure out which factors to p...

Podcast #868: Escape the Happiness Trap
Happiness is the subject of thousands of articles, podcasts, and scientific studies. Yet all this focus on happiness doesn’t seem to be making people any happier...
Squeeze More Into Your Workouts With Supersets
You’re a busy man. You’ve got work and community obligations. You want to spend quality time with your family and friends. Maybe you’ve made it a goa...

Podcast #867: Dante’s Guide to Navigating a Spiritual Journey
Dante’s Divine Comedy is considered one of the greatest works of literature ever written. The poem not only imagines the three parts of the afterlife, but serves...

(What Others Say - PROs and CONs)

Limited-edition Collection: Books by Brett and Kate McKay, the team behind the popular website, TheArtofManliness.com

John Gray is a respected counselor and author.

What Others Say About Being a Manly Man!

Alexander the Great: God-King or Mere Mortal?
Alexander the Great was not a prophet. But he does hold a place in history as being one of the most exceptional political and military leaders.
Updated: 08/21/2017, cmoneyspinner
Thank you! Would you like to post a comment now?
6

@EmmaSRose - Thanks for your comments. Some of my best finds are discovered when I'm looking for something else. :)

Thanks for visiting Mira and ologsinquito. :) I never left. I was just trying out other sites. They're all income earning opps with varying features. I'm very selective about the topics I choose to present here at Wizzley because there are so many modules that can support and supplement my content. In other words I don't want to spit out junk here. Its a great publishing platform, a great potential revenue stream, a great community of writers, and I hope it just gets better and better. So I hope what I share here is quality.

The blog is pretty amazing and your article intriguing. Glad you're back! :)

Hi cmoneyspinner, it's good to see you back here writing. I always enjoy your articles.

What Makes a Man Fall in Love

Learn the secret workings of a mans heart and what makes a man fall in love. ...

How to Tell Someone You're Falling Out of Love

You know something's changed, you just don't feel it anymore. Learn the best ... 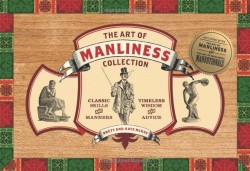 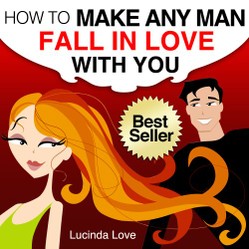 What Makes a Man Fall in Love

Learn the secret workings of a mans heart and what makes a man fall in love. Find out how to get a man and have him falling head over heels in love with you in no time.
100%  13   12 katiem2
Relationship Tips 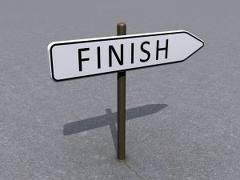 How to Tell Someone You're Falling Out of Love

You know something's changed, you just don't feel it anymore. Learn the best way to tell someone you're falling out of love with them.
Loading ...
Error!