Jaco Pastorius is possibly the greatest bass player ever in the jazz rock genre, here is his story and a description of what makes his playing so different...

In the 1980s I became a bassist. The band I was playing with at the time already had a great guitar player and I was persuaded to take on the "driving seat". It was a big learning curve, but I loved playing bass. The guitarist, who was a big fan of Al Dimeola and Pat Metheny, introduced me to Weather Report and therefore to Jaco Pastorius. It found it a breathtaking experience, and was soon integrating harmonics into my own style.

I was instantly impressed by Jaco's playing, not just by the obvious crisp, fast and virtuosic lines he played, but by his lovely mellow sound when soloing. I loved the way he used chords of harmonics to punctuate his playing. I was impressed that he played fingerstyle like a classical guitarist (the way I started to play). I didn't much like the metallic "breaking bed spring" sounds I was hearing from slap bass players - prefering Jaco's sensous growl to their rude oinks!

Sadly, Jaco Pastorius was to die only three years after I discovered him and in the most ridiculously tragic and unforgivably violent circumstances....

Jaco Pastorius died 25 years ago tomorrow and this page is by way of a personal tribute. Here I want to take a brief look at the style of Jaco Pastorius as well as his life. I hope you will follow me on this journey.....

Jaco Pastorius started as a Drummer

How Jocko the Drummer became Jaco the Bassist

Jaco Pastorius was born in Norristown, Pennsylvania  on December 1, 1951. His father was a drummer and Jaco followed in his footsteps to start with. The fact that Jaco started as a drummer is evident when you hear his rhythmic mastery!

The nickname Jaco came from Jocko. He was called Jocko because he was good at sports. The nickname Jocko was mispelled Jaco by a Frenchman, and the new name stuck! In fact he became a bass player because of his career as a Jock. He injured his wrist badly playing football and could no longer play drums, so he turned to electric bass guitar instead. He became, I believe, the greatest bass guitar player of all time. Like many great musicians, he was a multi instrumentalist and played bass guitar, drums, double bass, mandocello, steel drums, piano, and also took part in backing vocals.

Portrait of Tracy - Jaco's use of harmonics...

A beautiful and much sampled Jaco Pastorius solo

Jaco's style and what I learned from him

Jaco Pastorius style was amazing and a revelation to many players. His use of natural and artificial harmonics to make the singing chimes you hear so prominently on Portrait of Tracy (about 3 minutes into the solo) is trademark. Chords on the bass tend to sound murky, particularly in the lower ranges, but Jaco was able to use the harmonics to produce a solo style similar to piano or classical guitar playing.

Although Jaco practised on fretted basses to save the fretboard , he played fretless bass in concert because he regarded frets as “speed bumps”, but that particular sound he had is unmistakeable. Without frets, you can hear gradual variations in tone similar to those you might get on a violin or cello. He often used chorus to get a shimmering effect that sounds like phased bass to me.

For bass lines he would play over the bridge pick up for a bright sound, accentuated by aluminium cones in his Hartke cabs. He would accentuate the midrange which was unusual at the time. Many bass players were using a mid cut with treble and bass boosted to give a punch when they played slap bass. Jaco played fingerstyle, but did not slap and pop! For solos he would play near the fretboard which would produce a gorgeous mellow growl that can be instantly recognised.

A tendency of many guitar players, turned bass players is to be too busy. When I first took up the bass, if I played “too many notes”, the drummer might say “Who do you think you are? Jaco Pastorius?” This was actually a rather silly put down! The most notable thing for me is that despite his absolute brilliance and mastery of the instrument, he could hold back on a simple single note bass line to allow the saxophonist to shine. He was an unselfish bass player and allowed plenty of room for band mates.

The Music of Jaco Pastorius

My Favorite CDs from the Jaco Pastorius Discography

Beginner Guitar Center
The pitfalls to look out for when buying a first guitar...

Bass Guitar 101
An easy introduction to playing the bass guitar - written with complete beginners in mind!

Best Bass Guitar Package for Beginners
Packages that will give you a good start playing bass.

Jaco Pastorius - Full Discography
Here you can find all of Jaco's recordings classified by date and band... A great resource for fans who want to learn more!

Jaco Pastorius was bipolar. This personality type is perhaps very useful in the early days of a musical career where huge optimism and energy is required, but under pressure the illness really takes its toll. It was inevitable that it would affect Jaco's life and his health deteriorated through the early 1980s.

On tour in 1982, Japan was the highlight. Jaco began to behave oddly, he shaved his head, painted his face black and threw his bass into the sea. He had behaved erratically on tour and was hospitalized and prescribed medication which helped for a while. In 1986 he was evicted from his apartment and was living rough. It is sad to think such a genius was living as a homeless man, but he suffered badly from bipolar disorder.  An admission to Belleview followed, and his drugs were changed from lithium to tegretol.  He returned to Fort Lauderdale, where he again lived on the streets for weeks at a time.

Jaco’s death occurred on September 21 1987 at Broward General Medical Center  in Fort Lauderdale. He had sneaked onstage at a Santana concert on September 11th, been ejected, and found his way to the Midnight Bottle Club in Wilton Manors, Florida. He was refused entrance and kicked in a glass door. Bouncer Luc Havan beat him up violently and he was hospitalised  for multiple facial fractures an injury to his right eye and a broken arm. Sadly he fell into a coma and despite some signs of recovery he sustained a massive brain haemorrhage.

Despite the enormous damage inflicted, Havan pleaded guilty to manslaughter, murder charges were dropped and he was sentenced to just 22 months in jail and five years probation. He was released in four months for good behaviour – such is the justice meted out to the killer of a genius!

Tools you can use today to play like Jaco

The Legacy of Jaco Pastorius lives on!

Jaco Pastorius was one of only six bassists inducted into the Down Beat Jazz Hall of Fame in 1988 – he was the only electric bass guitarist. Jaco Pastorius is an enormous influence on bass players even now. Those citing him as an influence (apart from me) include Marcus Miller, Victor Wooten, Steve Bailey, Jimmy Haslip, Robert Trujillo, Neil Murray, and Juan Alderete.

Jaco Pastorius will never be forgotten, when I worked as a college bass guitar tutor in the late 90s, he was idolised by several of my more outstanding pupils. His style and commitment to music were original and groundbreaking. His loss is deeply felt by many musicians to this day.

Did you love Jaco Pastorius too?

I couldn't follow all the technical aspects, but I do like his sound :-)). Heard of him but that was about it. I guess I'll have to look up Weather Report.

The autoharp is a folk instrument that almost anyone can learn to play at any... 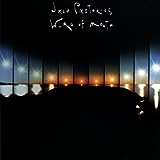 Why ukulele you ask? There are many advantages of this lovely little instrument.
100%  17   12 happynutritionist
Strings 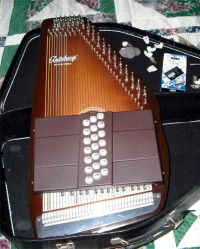 The autoharp is a folk instrument that almost anyone can learn to play at any age. This page will teach you many things about the Autoharp.
Loading ...
Error!