The creation of Peter the Great's Baltic Fleet was achieved with the expertise of English shipbuilders, of whom Joseph Nye was amongst the most revered.

When Peter the Great visited England in 1698, he wasn't on a formal state visit. He came because he wanted to learn how to build ships. He knew that the English were the best shipbuilders in the world and he was determined to learn from the experts.

Whilst in England he attracted a large number of English craftsmen who wanted to make new lives for themselves in Russia.

Amongst them was Joseph Nye, a shipwright with a business in the Isle of Wight, who took his chance with Peter and threw in his lot with the charismatic autocrat.

Joseph Nye in Royal Docks, Deptford with Peter the Great

How did an English shipbuilder end up in Russia?

Joseph Nye’s biographer, Rob Martin, believes Nye was born about 1669 in Portsmouth, Hampshire. He worked as a shipwright in the Portsmouth dockyard in the early 1690s, leaving in 1693 and establishing a ship-building business in East Cowes, Isle of Wight around 1694/95.

Nye was under contract to the Navy Board to build a vessel, but in early 1698 he disappeared, leaving the work unfinished, and turning up at Deptford, London. We can surmise that Nye had heard about the visit of Peter the Great, Czar of Russia, to the Deptford dockyards. Peter intended learning the superior English techniques of shipbuilding in order to build up his own fleet on the Baltic and end Swedish domination.

Nye may have seized the chance to better his life by becoming indispensable to Peter. Documents exist showing Peter having paid sums of money to Nye in Deptford, possibly for instruction in shipbuilding.

Ambition was not the only motivation behind Nye’s signing up for Russian Service. Money difficulties and credit flow problems may also have been a factor.

Whatever his reasons, Nye presented himself at Voronezh, Russia’s main shipbuilding centre at the time. Working with shipwright John Deane they constructed ships for use against the Turks.

Below are photographs of a replica of the first ship to be built for Peter the Great's new Baltic Fleet.  The Shtandart was built by a Dutch shipwright, Vybe Gerens.  You can read more about Shtandart on Wikipedia.

Why Not Build Your Own Model Ship?

These Books Will Show You How

In July 1711 all shipbuilding ended in the Voronezh region due to submission to the Turks. Nye and Cozens were transferred to the St Petersburg shipyards where they were joined by Richard Brown, a master shipwright from Chatham. Here Peter’s Baltic Fleet would be assembled and in ten years the Swedish navy would no longer be supreme in the Baltic Sea.

Nye was also an excellent instructor, ensuring the Russians would have their own skilled native shipwrights. He wrote manuals standardising the dimensions of vessels and the shipbuilding terminology.

The building of St Petersburg which ‘opened a window onto Europe’ and the staggering speed of the development of the Baltic Fleet caused the British government to demand the return of the English shipbuilders. They were concerned about the growing strength of Russia in the Baltic and the part the English artisans had played.

The presence of Jacobite sympathisers in Russia added fuel to their paranoia. It was to no avail – Russian wages and conditions were excellent and the English shipbuilders enjoyed the personal friendship of the Czar himself.

A Short Video of the Elegant Replica, Shtandart.

In 1723 Nye, Cozens and Brown were promoted to ‘captains-commodore’ in recognition of their work. They were now, in effect, nobility. 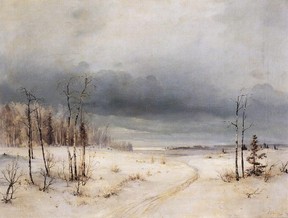 conditions - must have been a great cultural shock for Nye and his family . But Peter paid well and when after a few years Nye declared that he was going back home, the Czar increased his pay and Nye stayed on.

There is little doubt that Peter favoured his English shipbuilders, giving them pride of place on ceremonial occasions, drinking with them and paying them substantially more than other foreign shipwrights – a cause of much jealousy and friction.

When Peter the Great died, Nye was given a privileged position in the funeral procession.

After thirty-nine years in Russia Nye returned to England. He was sixty-eight years old. He settled near Deptford with a pension from Russia of 500 roubles a year. Joseph Nye died in 1753 and was buried in St. Nicholas Church, Deptford.

Joseph Nye , and others like him, made an invaluable contribution to Peter the Great's maritime supremacy.

Their willingness to change and adapt, plus their scientifically accurate shipbuilding and teaching skills, contributed to the modernisation of Russia. 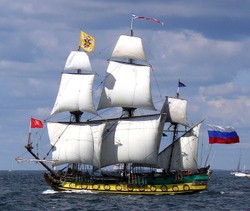 One of the most radical books ever published in Russia, “A Journey from St Petersburg to Moscow” exposed the divisions in society under the reign of Catherine the Great.
39%  2   4 KathleenDuffy
Biographies and Memoirs