Sir Joseph Paxton rose from humble gardener to Head Gardener at Chatsworth House and Architect of the glass and iron Crystal Palace, home to The Great Exhibition of 1851.

In an age of outstanding men and women, Victorian gardener, entrepreneur and architect Joseph Paxton, was still an exceptional man.

Not only did he erect enormous greenhouses to house the tropical plants that were being brought back from the Empire, but he took a keen interest in the new railways. He was an early tree conservationist and a champion of public parks.

It's hard to believe that he was a humble gardener at the beginning of his amazing career.

Joseph Paxton at the Chatsworth Estate

Joseph Paxton was born on 3rd August 1803 at Milton Bryan, Bedfordshire. ( Some references state his birth year as 1801, but Paxton admitted in later life that he had pretended to be two years older in order to get a job with the Horticultural Society.)

His family were farmers and at age twenty-one he was employed as an under-gardener at the Horticultural Society’s gardens at Chiswick. His exceptional work came to the notice of the Duke of Devonshire and eventually he became Head Gardener to the Duke’s Chatsworth estate. It is believed that Paxton had considered emigrating to the United States before being taken on at Chatsworth.

His marriage to Sarah Brown, the housekeeper’s niece, would also prove a stroke of good fortune. She proved an astute business partner to Joseph’s burgeoning creativity.

In 1832 Paxton became Manager to all the Duke’s estates. He not only designed the gardens at Chatsworth, but built a model village and an arboretum. But his lily-house design and construction would have far-reaching consequences for modern building design.

In 1837 water lily seeds brought back to England from Guiana were germinated at Kew Gardens. The original plant was huge, but the germinated seeds produced unexceptional plants.

Paxton obtained a cutting. Despite putting it into a heated tank at Chatsworth, it wasn’t until he invented a paddle wheel which moved the water that the plant flourished. It reached massive proportions with eleven leaves, each five feet in diameter.

To test the buoyancy of the leaves, Paxton placed his small daughter on one of them. It took her weight without bending. On studying the underside of the leaf he noticed radiating ribs strengthened by cross-ribs. This huge lily needed a new home. In an early example of biomimicry, from his observations of the leaf Paxton built a light, airy lily house with a glass roof . It would not be the last time Paxton relied on this design.

Books on The Life of Joseph Paxton

At this period designs for The Crystal Palace were being considered. A brick built plan was already under consideration but, inspired by his lily house, Paxton came up with an idea. His unique concept for a structure made entirely of prefabricated iron and glass sections was accepted.

Within only nine days he had produced complete plans.

The building itself was completed in 1851, taking just eight months. It was seen as a triumph of engineering and a miracle of organised labour. In October 1851 Paxton was knighted by Queen Victoria.

Some of Joseph Paxton’s Other Achievements

Paxton was not only a Victorian man - he was also a Renaissance man and seemed to have an interest in everything that was going on - and there was plenty in Victorian Britain!

Paxton died in 1865. Despite having had no formal education, he was a fine example of Victorian Self-Help philosophy and enterprise.

The Crystal Palace: A Portrait of Victorian Enterprise by Patric Beaver (Hugh Evelyn 1970)

The Crystal Palace - Victorian Engineering Triumph
The Crystal Palace, built to house the Great Exhibition of 1851, is going to be rebuilt in South London. But can it come up to the standards of the original?

Was Oscar Wilde a Catholic?
Opinions differ as to whether Victorian writer, Oscar Wilde, converted to Catholicism on his deathbed.

Samual Smiles - Victorian 'Self-Help' Author - Still Relevant Today?
Samuel Smiles' book, 'Self Help', was a Victorian publishing phenomenon. It was the first popular self improvement book. It still has a lot of relevance today.
Updated: 10/10/2013, KathleenDuffy
Thank you! Would you like to post a comment now?
5

Visualizing and designing gardens and palaces can be really engaging, especially for these talented architects. There is no doubt that Joseph Paxton has put all his energy and talent to create the beautiful Crystal palace.

Hi Jo and Ologsinquito - Yes, that water lily really was thinking outside the box! Thanks for your comments :)

Studying the water lily for architectural clues was sheer genius. Nice one!

Joseph Paxton must have been exceedingly brilliant. I love the drawing of the giant water lily.

Grinling Gibbons, influenced by the Baroque style of the Netherlands, created... 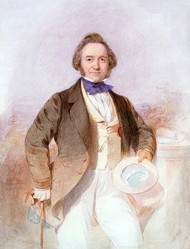 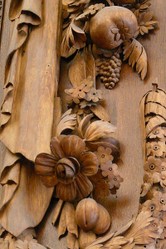