If want to run in the 2012 Las Vegas Marathon, I do hope you will let this page be your guide.

In December 2012, a huge running race will take place, and I plan to be part of it! The Rock 'n' Roll Las Vegas Marathon 2012 happens on Sunday, December 2, 2012, and I hope it will be fun in the streets  -- the kind of fun long distance runners enjoy!

Get Set for the 2012 Las Vegas Marathon

You know, a lot of people mark the calendar and make a big deal out of the Las Vegas Marathon. This year will be my first time participating -- last year, there were 44,000 entrants! I have heard it is quite the festive occasion! Most of all, I am looking forward to running a marathon on the Las Vegas Strip! To see myself through the challenge, I will need to train.

One does not just "up and do" a marathon. You have to train. Your body needs to be ready to run the distance of 26.2 miles. And training properly takes more than a few weeks. If you are going to Las Vegas to run a marathon for the first time, I applaud you! To aid you in your marathon training, here is a program that will put you on the right track:

What's It Like to Run on the Las Vegas Strip?

Something I have done on multiple visits to the vacation land of Las Vegas is run up and down The Strip. I have only done it just after sunrise. It is a blast! At that hour, you get to experience The Strip virtually alone. I came upon the occasional other runner or walker, and a few folks who had played a little too hard the night before and were finally making it back to their hotel rooms.

I enjoyed taking in the sights of Las Vegas at that hour -- at a runner's pace -- and feeling like The Strip belonged to me.

Running a marathon on The Las Vegas Strip will be somewhat different -- indeed!

The RnR Las Vegas Marathon is run at night! The benefit is you get to take in the experience of the Las Vegas Strip at night, while you run! In fact, The Strip is closed for the marathon, so the atmosphere features just the runners, the casinos, and the bands the Rock 'n' Roll series typically has stationed up and down the course.

Watch Out for the Crowds!

A word of caution: There has been much written on the Web about the 2011 RnR Las Vegas Marathon being a royal, over-crowded mess! Organizers maxed out the field at 44,000 (the vast majority of which were half-marathoners) to stage the largest night-time running race ever.

Most people are said to come to this event looking to blend the party atmosphere of Las Vegas with a fun running event. That means runners seeking a competitive, personal best kind of outing may be quite disappointed.

Many have called for organizers to put on a better-run event for 2012. As I will be amongst the throngs, I certainly hope they do!

I have some secrets I am going to keep to myself -- to deal with the crowds -- but here is what I am willing to share about my running plan.

Appropriate footwear -- for me, this means some quality minimalist running shows. I will likely run in a pair of Merrell's Barefoot Gloves -- either the True Glove, or the Road Glove.

Hydration belt -- many have complained about the water stations provided by organizers in 2011. To me, the best way to combat this is to provide my own water and/or electrolyte drinks.

A good night's sleep -- I plan to party, sure! But my party will happen post-race, and probably on Monday or Tuesday. I cannot see wearing myself out the night before this big, hopefully fun marathon!

I hope you have a great 2012 Las Vegas Marathon, and I hope you have found this page helpful. If there is anything I can add to make the page better, please let me know!

I put off minimalist shoes for a year. What happened? A year later, I was sti... 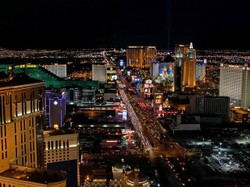 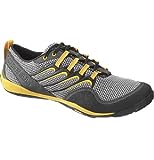 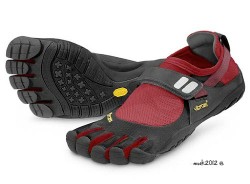 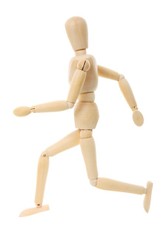 I put off minimalist shoes for a year. What happened? A year later, I was still fat and really ready to run in them.
Loading ...
Error!