Learn To Speak The Klingon Language - The Fascinating History, Inception, Use Of Klingon And MORE

So you want to speak Klingon? You're in luck, We've Got Your Fix Here

Klingon is a made up language for the Star Trek franchise. It's actually a REAL language complete with verbs, nouns, and all that. You can get several courses on how to speak Klingon and when you know the language fluently you and your friends can have some fascinating conversations online or in public! Google even has an interface that allows you to type in actual Klingon or english in your searches. They aren't' going to create a whole interface if there wasn't a lot of people who could use it would they?

Heres how you get to the Klingon Google Interface:

Google For Klingons
Great google interface that allows you to truly "BE" Klingon and practice your language skills- You can type directly in Klingon (and get results in Klingon)!

You can also reinforce the coolness once you learn Klingon by watching every single episode of Star Trek (starting after the first motion picture came out) with Klingon's in it speaking, yelling, or talking. You can even watch Deep Space 9 and garner conversations in the background.

If you have good surround speakers that separate background sound across the right channels this would make it easier to hear them, just turn off all the other speakers! You'll find they are actually using the language- not just babbling about nonsensical statements and sounds (like pre- first motion picture).

Be careful where you use this language, however, as I've rarely seen a Klingon using their native language not yelling or enunciating overzealously... so unless you perfect yelling in whispers, no libraries ok? In this article we'll explore the creation of this language and some history on languages being created. I think you'll find this enlightening even if you don't want to speak Klingon.  To start you off, below is a hilarious video of "Gangnam Style" performed in Klingon Language!

What you may be surprised to know is that most of the characters on Star Trek speaking Klingon didn't actually (not likely) study the entire language. They simply memorized the lines and had a coach (the creator of the language) to show them "how" to enunciate and speak the language correctly. They have it down to a science!

Star Trek fans, however, have been flocking to the resources available to learn the language that sounds so cool, and is likely not something ANYONE around them knows. It's a riot at the conventions and many people already know and speak it fluently as if it were a second language like Spanish and German!

(second one is Klingon war song)

The Creation Of Languages

Throughout history thousands upon tens of thousands, maybe even millions or more, languages have been created by individuals that want to share and communicate information. As these languages ballooned out to more people in the private communities they have become somewhat accepted and used as a default language by many more.

As these developed publicly and became more robust and common place, people started to want to have a way to privately discuss something with someone, even in public, without the details of what they're talking about to leak into unwelcome ears. This inspires a lot of "private languages" being created.

In School we had something called double Chinese  It was a simple one to learn, it's a bit harder to fluently belt out but it's format was incredibly simple, just took practice. It essentially was speaking by spelling out each letter and adding an "ayay". So A would be Ayay, be would be beeyay, C would be Ceeyay...

Sounds a bit simple and it is but at first it's incredibly tedious to do because you have to process it with your analytical mind at every turn to make sure you get it right and can remember the whole sentence along the way! In time you speak it fast, can spell out words almost as fast as saying them, and if the other person is just as practiced you both can hear and interpret the meaning in the sentences very fast. It's called double chinese because it sounds like Chinese when spoken fluently (at least that's what they tell me).

One of the better known artificial languages is known as the "Esperanto". This was a creation of Zamernhof in Poland in or around 1887. The goal was to generate an easy to learn, universal language that was supposed to bring world peace and unity (one language one world good communication).

Enter Klingon- One Of The First Television Languages That's Used Fluently By A Lot Of People!

The Klingon idiom is/was a creation of Hollywood, specifically the Star Trek franchise. For the entire run of the old series the Klingons spoke English but with the introduction of "Star Trek: The Motion Picture"- the first Star Trek movie, the language was born. It brought incredible realism and harmony to the many instances of Klingon interactions.

It also, being a fully developed language no less useful than Spanish, English, or any other language well known today, a powerful way to privatize your language needs so peering ears cannot hear. If someone by some strange chance, does know the language, the person (and you) will likely be so shocked to meet another fellow Klingon speaking individual that they will likely not hover listening but rather will want to befriend you so they can use their language more!

Interestingly, Actor James Doohan (known as "Scotty" on the original series and all the movies) contributed a few words and basic "grunt" sounds to the language.

Surprisingly, the full language STILL wasn't developed in it's current form. After the first movie was complete, Marc Okrand, a trained linguist and professor of linguistics  developed the limited rudiments into a fully structured and viable language.

He then published "The Klingon Dictionary". This detailed the grammar, vocabulary, sounds, and the cultural context of Klingon the Language.

Klingon is a verb centric language. Kind of makes all the yelling make sense right? The reason for this is the Klingons are creatures of action. The language has adopted a life of it's own as Star Trek fans started to not only learn and use if fluently but like any language, started to create "slang" for it and more.

The language has developed into a powerful fun language used by Trekkies everywhere (and some non trekkies even!). A lot of languages around the globe have died so it's refreshing to see a new one emerging!

Marc's reasons for creating the language wasn't just for the films, it was actually an academic challenge in linguistics.

Below are  5 videos where he will show you how the language developed and more right out of the horses mouth. (I threw in a clip from Big Bang Theory)...

Hear About The Creation And Klingon Language From The Creators Own Mouth!

Tolkien, the author of The Lord Of The Rings created some fascinating languages for the cultures in his stories. He was actually a lingual specialist himself! He studied old languages and philological studies. With his skill set firmly in place creating new languages was not all that difficult for him. This author emphasizes the importance of language in society and peace.

Tolkien actually based his Elvish idiom based on existing languages and their structures but the Klingon language by Doohan and Okrand were generated from scratch- the drawing board fresh. It's nothing like any language in existence today, it's unique, and that's what makes it so amazing. I like to think of Klingon as the privacy language (unless too many others know it around you that aren't in your click).

There are over 6,000 languages spoken around the globe today. In the next 50-100 years more than half of those will be extinguished! There are actually languages only kept alive by one or two elderly people who know them and if they don't teach it to others or share the stories, the language will die with them.

Knowing The Klingon Ways May Help You Play The Part Of A Klingon Warrior Better :)

(you can discuss these things learned in klingon!)

Got Your Klingon Dictionary And Ready To Test Your Skills? Try this DVD of Klingon collages!

Learning Klingon is fun and if you have a few friends willing to learn with you it can be a great deal of fun.

In honor of Thanksgiving I'm tweeting this to share the gift of klingon. :)K

awesome! its' so much fun!

awesome, we should start a club I wonder if writing a wizzle in all Klingon will fly here... technically it's a foreign language but more so an alien one theres no rule for alien wizzles is there? haha

thanks! I was surfing youtube and ran into those- was like SCORE right from the creators mouth- so to speak (oh darn the puns are out of control haha!) Thanks for commenting!

I had to come back, tweet and pin as I know a lot of people who will have a lot of fun learning klingon!

Marc Okrand is fascinating in the videos you put up here about how he developed the Klingon language. Love Startrek.

Want to learn more about nice/strange/original Japanese expressions? Here is ... 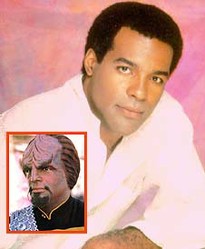 What is Duolingo? It's a website that's completely free of charge and provides you with an astonishingly easy way to learn a new language at a pace that you find convenient!
100%  12   11 adragast
Learn Foreign Languages

Want to learn more about nice/strange/original Japanese expressions? Here is a selection of them.
Loading ...
Error!