Surprise your kid with a Lego Super-hero minifig. Find all the popular Marvel & DC Lego characters to add your collection.

Super-hero fans will be thrilled to see their favourite Marvel and DC characters to feature as Lego minifig avatars. Collecting Lego minifigs has been becoming extremely popular recently, credited to the growing number of themed sets.

Once it was only the comics and the cartoons which glorified these super-heroes but ever since there have been Hollywood movies being released featuring super-hero theme, the popularity of various characters have sky rocketed.

Since 2011 Lego has been releasing various Marvel & DC super-hero minifigures. Although you can find several Lego mini-figures in the stores but there are still many to come in near future. From the Marvel franchises Lego have been targeting three major Super-hero series:

Children will love to recreate the scenes from the Avengers movie, when it get released in summer. Marvel Lego minifigs will also provide you kids with the option to place Marvel heroes against their rival DC heroes. DC super-heroes includes the following minifigures:

Batman's popularity has been there ever since he started featuring in comics but the Batman movies, especially the Dark Knight took it to entirely different level. This 2 inch Lego Batman figure is rare to find product which will certainly add value to your kids super-hero collection.

Don't forget to have a Robin minifigure to accompany your Batman minifig. Your kid definitely needs a super-hero sidekick like Robin to enjoy his roleplaying experience. Robin minifig is of the same size as the Batman so both will go well as a pair.

Looking for a faster than bullet or powerful than a locomotive being? Man of Steel is just the thing your kid wishes to have. This particular Lego Superman minifigure is 2" with a red cape and S logo embedded on its chest. The muscular lines are also very much evident on the minifig.

This Lego minifig is based on the Spiderman character from the comics and movies. Lego Spidey costume is very much traditional. Kids waiting for the 3rd Spiderman movie will feel super excited to have this fine detailed figure as a gift.

This is an adorable Lego Iron man minifig which has exceptional finishing and detail printed all over it. Although it's just a 2 inch lego minifigure but the printing work done on it does make it very special collectible.

Inspire some patriotism in your child by buying him a Lego Captain America minifigure. Kids will definitely want to have this particular minifigure to complete their Lego Avengers collection.

Green body color and purple trousers defines the perfect look for incredible Hulk. This an official Lego Hulk mini-fig and will flawlessly fit with other Lego sets. Details on the minifigure is engraved using laser and will not come off until scratched with a sharp object, which makes it a durable product to have for your kid.

Not only this will be an excellent choice to have for the Lego Avengers collectors but also for the Lego Viking theme. Thor - norse god minigifure has been recently released by Lego to accompany the captain america and the Avengers team in its battle against evil forces and save the world.

This Lego wolverine mini-figure looks pretty awesome in black x-men team suit and having sharp  claws which are detachable.

Ghost Rider minifigure which is 2" tall and can be entirely disassembled and reassembled. This Lego minifig comes with a Chain Whip and Motorcycle which truely enhances the fun of playing with  it.

Great idea, but kinda wish they were a bit cheaper!

These can be fun Christmas gifts for children. Pinning

We have got a brand new Lego series with the name of Chima, which is due to b... 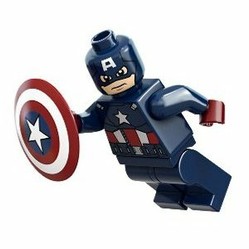 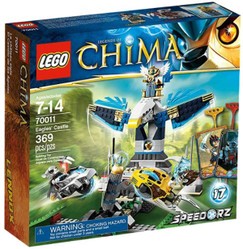 We have got a brand new Lego series with the name of Chima, which is due to become hot favorite of the children
100%  9   12 vikksimmons
Lego