The latest sports lockout seems to have the whole Northern Hemisphere in a standstill. Without NHL hockey, life seems a little drab.

The end of the world was predicted to happen in December of 2012, but the Mayans appear to have gotten that wrong. Sadly, the end of the current NHL hockey season was in the works long before the season even got started. Hockey fans are in an uproar and the hopes for a Stanley Cup this year seem to be going down the drain with each and every failed negotiation between players and ownership.

No Game? Get the Gear!

Get the Gear Since There is No Game

Sports programming appears to have lost its way.  Tune in to ESPN and you may just find yourself watching something that does not even come close to the anticipated match-ups between the Flyers and the Islanders.

ESPN has gone so far as to show previous hockey games from past years as if viewers want an ESPN Classic version instead of a current hockey season.  So much for customer satisfaction out of the sports media flagship of ESPN.

Hockey fans feel the pain of no hockey season this year.  In 1994 and 2004, the NHL experienced similar issues to the recent labor dispute.  Oddly enough, half a season of hockey turned out to be better than no hockey at all.

Imagine if the lockout continues throughout the winter.  Fans will have found themselves settling for cable network feeds of European or minor league hockey.  It is not like people who love NHL hockey really want to watch MLS or World Cup soccer matches.  Also, no true hockey fan would be satisfied watching Blades of Glory instead of a few shots on goal between the Red Wings and the Black Hawks.

Some program directors at some cable networks have taken to showing hockey films during this NHL lockout.  How many times can you watch The Mighty Ducks or Miracle? Some of the best hockey flicks do not even make the cut with these networks.

Tune in to other sports while you still can.  NFL football games are still interesting with Tebow-Sanchez trade talks abuzz like a TMZ blurb.  The NBA looks crazy with the Los Angeles Lakers off to their worst start in ages.  Hopefully, the lull between the Super Bowl and the NCAA's Final Four will produce some great stories going into the MLB's spring training.  Perhaps, by that time, hockey fans will have thawed out and called it a season.

Is This Season Worth Playing after January?

Without a legitimate NHL hockey season, hockey fans can spend some time gaming instead of watching Miracle or Slap Shot on DVD.  Some of the latest video game offerings have more accurate speed and performance like the pro hockey players (whenever they actually play).  Don't get thrown off by NHL 13 since there is no actual season to go along with the game.  You just have to accept the game as is and use your imagination rather than hockey highlights of the current season that is not  even underway.

Play on PS3 or a PSP, even X-Box gaming systems.  Get your game on, while the NHL gets its act together.

A selection of the best sleds for toddlers. Snow is lots of fun for 1, 2 and ...

Snowboarding: History & Few Best Places For It Around The World

Little bit about the history of snowboarding and where are the best places ar... 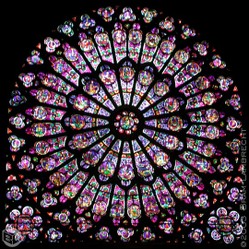 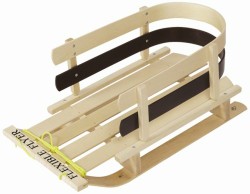 A selection of the best sleds for toddlers. Snow is lots of fun for 1, 2 and 3 year olds when they have the right gear.
64%  8   6 Ragtimelil
Winter Sports

Winter brings its own beauty, along with its own difficulties for those who want to enjoy the outdoors. Here are some great gifts for the active person.
61%  5   7 sandyspider
Snowboarding

Snowboarding: History & Few Best Places For It Around The World

Little bit about the history of snowboarding and where are the best places around the world to go snowboarding.
Loading ...
Error!