Having a parent diagnosed with dementia can be devastating. When people think of dementia, they often think of memory loss. However, some symptoms of dementia are rarely discussed.

My 74-year-old mother was recently diagnosed with dementia. It was a something I was not expecting to hear and I was completely shocked.

She’d been forgetful on and off for the past year or two, but I’d attributed it to her just getting older. However, at the beginning of the year her forgetfulness had reached a point that I could no longer ignore.

I sat and watched in growing horror as he went gave her simple memory tasks to do and she failed every one. She couldn’t write a clock face. She didn’t know the year. She couldn’t do simple math problems. She didn’t even know who was president.

How could she have gotten this bad and I hadn’t noticed?

Dementia has Many Causes

Some Treatable, Some Untreatable

Dementia can be caused by many different medical issues: vitamin deficiency, circulation problems, infections, and even some medications. These types of dementia can be easily treated, and the prognosis is usually a return to normal life.

Unfortunately for my mother, these were ruled out one by one. The only diagnosis left was dementia, probably caused by Alzheimer's.

After her diagnosis I started doing extensive research about dementia. I learned there are many different types of this devastating disease. I also learned why I hadn't noticed she was suffering from dementia. She had many lesser known symptoms of dementia.

Dementia Can Be Detected Early if You Know the Signs

WebMD lists several of these lesser known symptoms of dementia:

Years ago my mother began developing what she felt as weakness in her legs. She had trouble going up and down steps, which I thought was odd at the time because she went to the gym regularly.

A trip to a vascular specialist ruled out any blockages. A nerve conduction test by a neurologist showed everything was fine. She was and is thankfully arthritis-free. However, she had progressed to the point to where it was extremely difficult for her to even get out of a seated position without assistance.

She also had a major balance problem. She became very unsteady on her feet, falling or stumbling often, and losing her balance easily.

Another weird symptom that made sense after the fact was her facial expressions. She sometimes had this emotionless blank stare. If she were happy, she wouldn’t smile much. If she was aggravated, you really couldn’t tell because her expression pretty much remained the same.

I take her on yearly trips to see her family in Missouri. I began to notice a few years ago that as she sat and visited with her brothers and sisters, she wouldn’t join in the conversation like she used to. If asked a direct question she would answer, but otherwise she remained silent and just watched.

This past year I began to notice a difficulty in making simple decisions. At a fast food restaurant when asked a simple question as “Do you want French fries or onion rings,” she would just stand there as if she didn’t hear or understand the question. It was as if she had a delayed reaction in processing information.

There are so many little things that make sense now. If only I had known what to look for.

Dementia is a Family Diagnosis

It Affects The Whole Family, Not Just your Parent

Dementia has Many Forms

Alzheimer's isn't the Only Type of Dementia

When you think of dementia, Alzheimer's usually comes to mind first. However, dementia can have many different causes, even within the class that is known as Alzheimer's.

Parkinson's disease can cause dementia in a small number of people diagnosed with the disease. People with this type of dementia can also suffer from movement problems and even hallucinations.

A specialist in the field of neurology can determine exactly what type of dementia your loved one is suffering from.

The next step for my mother is to be seen by neurologist who specializes in these disorders of the brain to figure out exactly what type of dementia she has.

Although knowing what's coming can bring some peace of mind, unfortunately with all types of dementia the end result is the same. Slowly her brain will deteriorate to the point where it no longer will control her body's functions.

Learn to Cherish Each Day

Sometimes I feel overwhelmed with my mother. Finding out that what was wrong with her had a name has helped in the acceptance process.

I realize I have been given a rare reminder to enjoy each day with my mother and be thankful she is here with me. She can still remember fun times that happened years ago, and she still has her wry sense of humor.

Things will change eventually I know. Her condition will become worse and as a family we'll adjust. My favorite quote at the moment is by Daisaku Ikeda: "With love and patience, nothing is impossible."

Thank you. I'm sorry to hear about your mother. It's a horrible disease, it's like a cancer of the mind.

I am current taking care of my mother who has dementia so all of this information is relevant and familiar to me. Very informative, and you're correct, you can pick up on signs of it early on; I recognize many of the signs you mentioned. It is also very true that dealing with dementia is very difficult; it was a shock for me as my mother began to deteriorate, and it is exhausting to take care of her. Thanks for this piece, it is an important subject and helpful to people dealing with a parent who has dementia.

That is sad, but inspirational. I think music is a very powerful therapy tool.

Really? I didn't know he was a Buddhist. I just like to collect quotes. If I see one I like, into my collection it goes :)

My father suffered dementia after a series of ministrokes. He still knew us, but could not respond and was 98% disabled. But even at the end, in his last hours of life, when I sat and sang his favourite hymns [even Latin ones] , he responded and it was clear that he was appreciating it. This leads me to think that music has a role to play in the life of those suffering dementia. Maybe music is therapeutic.

My husband (aged 70) is showing possible signs of dementia and we are waiting for examination results at the moment. Your article has helped me greatly. Thank you.

You refer to your favourite quote by Daisaku Ikeda - although I'm not a practising Buddhist I often attend Buddhist meetings with a friend. We often discuss Ikeda's words and I find great comfort in his philosophy.

You're welcome. It's definitely something to keep in mind once our loved ones start getting older.

Thanks for the information. I have a "stepmom" with this issue. I don't know much about it, but this really describes her.

It's amazing what they can and can't remember. My mother may forget who came by an hour ago, but she sure can tell me what's going to happen on a tv show that she's seen and I haven't and ruin the ending for me! Thank you for your comments. I hope your mother is well.

It's good to know the early warning signs. Thank you for this post. My mother is 90 years old and after having a seizure and hallucinations she was diagnosed by a neurologist with Alzheimer's type dementia. It turned out to be a misdiagnoses. She can pass all the tests and because they asked her who the President was, she's memorized the last six Presidents so she's prepared. I think her mind is better than mine. I hope you have a lot of help and support with your mother.

My Loved One has PSP or CBD: What's That?

PSP and CBD are two diseases you'll likely never hear about unless someone cl... 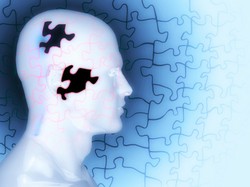 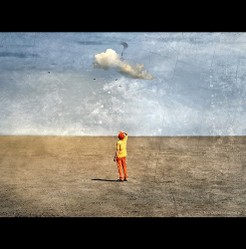 My Loved One has PSP or CBD: What's That?

PSP and CBD are two diseases you'll likely never hear about unless someone close to you is diagnosed. Learn more about them as I share my mother's story.
100%  49   14 AbbyFitz
Dementia Care