Looking Back in Time Zazzle Store

Looking Back in Time is the name of a Zazzle store that offers vintage photos and illustrations on a number of products from cards to iphone cases and more.

Looking Back In Time

I have a Zazzle shop called Looking Back in Time that is basically vintage photos and illustrations.   The inspiration behind the shop came from a collection of photographs and images from my husband’s late grandmother.   We had inherited a box of these photographs and while we had looked at them they were really just being kept safe along with a few other heirlooms, the shop was my idea for sharing some of these images.

The shop was started with a few of the images scanned on my old scanner, unfortunately the quality of my scanner wasn’t very good and I got disillusioned with the whole idea and the shop was left virtually untouched for a while.   Then my hubby brought me a new scanner and so I started to scan a couple more images and made a few more products.

Now the next problem was that not all the photographs were able to be scanned at a very high resolution and even the ones that were really didn’t all turn out very well.   Again the shop was left to fend for itself for a while although it did make a few sales.

Finally I was given Photoshop Elements for Christmas and am attempting to master it including cleaning up some of the images I’d already scanned for Looking Back in Time.

I’m hopeful now that I can spend a bit more time with these images and get this shop hopping so to speak, but what are all of these photographs about and why did Grandma keep them and pass them on?

Once upon a time there lived a man and woman who decided to move halfway around the world and ended up in a small New Zealand town called Motu.   They had a daughter called Evelyn who fell in love and became betrothed to a son of the founding father of the town.   Richard and Mary (the man and woman who had made the big move around the world) wanted Evelyn to be married at the same church as they were married in and their parents before them.   The problem being that the family church was a whole world away in Northern England.

So it was decided that Evelyn and her beloved Fred would travel with her parents and sister by boat to England and be married at the family church.   The year was 1913 so the journey would be quite an adventure starting with a trip to Auckland and then setting sail to Australia.

As they travelled Evelyn kept a diary and we get insights into the entertainment on board the ship – skipping was very popular with Evelyn winning a few skipping contests.   Evelyn also collected photographs, postcards and little booklets from the places they stopped at like Beirut and Pompeii.   Eventually they arrived in England.

They visited London and then travelled up to Manchester where Evelyn was very excited to be able to see the King who was visiting – I think this was definitely one of the highlights of the trip from the words in her diary.   Finally the group arrived in Cumbria and Evelyn met many different family members and was able to see Torpenhow Church where she would be married.

Nearly a hundred years later and some of the images that Evelyn treasured her whole life are now available at Looking Back in Time on many different objects such as cards or iphone cases, coasters or bags.

I have hundreds of images to upload to this shop, so I’m sure it’ll get bigger and bigger over the years.   If you’re after a vintage gift idea then be sure to visit and feel free to pass on a little of Evelyn and Fred’s story along with the gift – think of it as every item in the store having a providence like famous artworks do.

I love scanning old family photos and I use Photoshop Elements too. It's worth looking at some of the plugins for it from Topaz Labs, such as Topaz Clean to help with improving them.

Great story, Lou, and wonderful idea for a shop. I'm going to Stumble this! 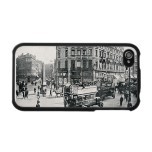 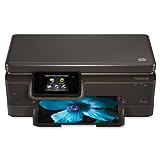