Have fun making and creating these paper folded Hobbit and The Lord of The Rings themed Middle Earth origami projects. As a Tolkien fan, I've hunted down some awesome projects.

Looking for some Middle Earth crafting fun with Hobbit Origami? Here's a whole page inspired by The Hobbit movies and the original book by Tolkien with both fantasy items and characters to fold with paper that are associated with this classic adventure tale. You'll find my best pick of links to origami for a Smaug the Dragon, Gandalf the Wizard, Dwarves and other fun items which are all on one handy page.

I really wanted to share my collection of these inspired papercraft projects (some videos and some actual online tutorials or instructions) that I've found online because I have enjoyed them and I hope you do too. There are lots of projects to look at on this page so you might want to bookmark it (CTRL + D on a computer) and come back at a later date.

Paper that You Can Use - For Your Middle Earth Craft Projects

I like to keep both plain color and patterned sheets in stock so I can find just the right sheets to use for specific projects. These are lovely packs filled with a variety of sheets that you can use.

I Made My Version of This With Metallic Blue Paper

Bilbo Baggins acquires the sword he later names 'Sting' during his adventures in The Hobbit. The sword was made by Elves and had magical properties which meant that the blade glowed blue whenever Orcs were nearby and also it cut through Giant Spiderwebs easily where other normal swords could not. Bilbo later passed this sword down to his younger cousin, Frodo Baggins who used it during his The Lord of the Rings adventures.

You can learn tons of facts about the sword called Sting on my Bilbo Sword Facts Page. This is ideal if you have an interest in Tolkien weaponry.

The sword shown here is one that I made myself from 2 different color papers. It requires folding the same origami sword twice and gluing just the blue blade on top of the other paper sword. You'll find lots more cool things to make below.

Gandalf the wizard (or sorcerer) is one of the main characters in The Hobbit book and movie. I had difficulty finding lots of wizard paper folding projects but I found some witch hat designs where you just need to change the color of the paper to make these into real Gandalf hats and some cloaked figures which really look similar to him.

Gandalf the Grey (or the White as he later becomes) is a very fun theme for your crafting and I would recommend using white, grey or silver colored paper for folding his robes and grey paper for his hat because these are the colors that people most associate specifically with this character.

If you really want to be precise, I guess you'll need to make up 13 dwarves because that's how many there are in The Hobbit book by Tolkien and movies which are directed by Peter Jackson. There are very few good dwarf origami or paper folded projects online but I snagged the best to feature here for you. Gimli is the main dwarf in The Lord of the Rings.

Don't forget to use red paper if you want to make the Hobbit Dragon!

Smaug is the magnificent, clever and devious Hobbit dragon. He's a red dragon so you'll need to bear that in mind when folding him from paper. Dragons are not easy makes unfortunately. Even the easiest models are really at an intermediate level of folding. It can really help to watch good video tutorials on making dragons and I've included one below for you.

Come See My Page on Origami Dragons Too!

If you search the whole of the Internet, you'll be hard pressed to find a single place where someone has actually made an actual character like Bilbo Baggins or Frodo from paper. If you find something that actually looks like one - please do let me know in the comments section just below because I'd love to see it. Instead, this page features some hand-picked craft projects which people would identify or associate with the halfling characters. I hope you've enjoyed reading my wizzles page today, thanks for your visit. With lots of projects that Bilbo and Frodo Baggins, Samwise, Merry and Pippin would be delighted with. 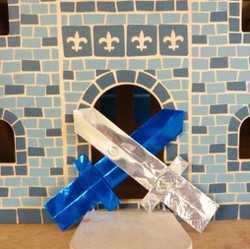 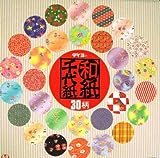 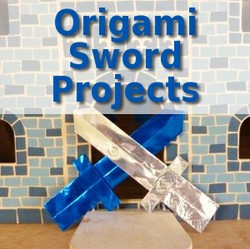 Projects on folding fantasy and more traditional style swords and weaponry from paper and foil using origami techniques. With links to great tutorials and included videos too.
28%  2   1 Marie
Origami 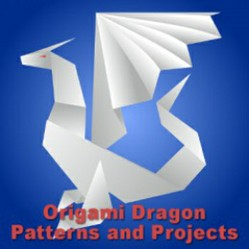 Learn to fold origami paper dragons with projects and pattern tutorials listed in order from easy to advanced. A selection of favorite tutorials and diagrams from across the web.
Loading ...
Error!