Adolf Hitler is perhaps the most hated person in World War II,manifestations of Hitler brings you a short account of the Dictator’s story who shocked people through his atrocities.

It is interesting to see how a dictator could influence the entertainment industry. There are a lot of movies and serials influenced by the life of this dictator who ruled in Germany for more than a decade and there are many who might find his ideology perhaps acceptable. But for many others who feel that this world is a place for everyone irrespective of their status; small or large; the ideology is difficult to digest.

It is however eminent that manifestations of Hitler still exist in today’s world though rare and in small magnitude. The acts of violence, terrorism in small pockets of world is able to unite evil minds who glorify acts of evil in the name of religion, caste or creed.

How can there be a world of only certain human race or species thought to be dominating and great just by mere caste. Do Merits and accomplishments, virtues and talents have no place in this kind of ideology?

People do not like the idea of being dictated, a modern world full of promises that guarantees freedom but not a license of hatred is a world people like to live. Though there are and always will be souls who prefer the rule of dictators, we are lucky that those single minded people are few. A vast majority of humans would love to inhabit a world free of vices, free of poverty and full of prosperity.

In 1924, ordained by the verdict of Munich court, Hitler was imprisoned and while serving his detention in the fortress of Landsberg am Lech he penned Mein Kempf. This is a pamphlet a collection of his writings which was published in a form of book. Hitler blames Jews for all the shortcomings and ills of Germany.

He made the Jews scapegoat for all the wrong doings and through the curative effect takes upon him and his movement to eradicate the world of Jews. The thoughts were indeed the corrupt and misguided views taken from misinterpretation of religious thoughts.

The true causes of poverty, economic slowdown and catastrophes are shifted to followers of Judaism. Mein Kempf was instrumental in shifting the loyalties of his army and Generals and reinforcing the hatred through spread of fear.

For the Avid Coin Collector from Berlin Mint, Germany

This rare coin type is a Collector's delight. It was issued between 1936 and 1939.  Since World War 2 began,1939 was the last year that the German Third Reich issued Silver Coins.

It is rather ironic that Hitler could use his gift of gab in pursuing his followers over his mad pursuits. People did not agree with him but they were afraid to protest - for those in conflict with the Army were sentenced to death.

With his persuasive nature and dominating personality, he could lead an army who would obey his vehemence and fanaticism without question.

This Fascist movement could not have gained momentum but for the likes of conservative people who became loyal to Hitler and his methods.

10 Myths about the Nazis

It is interesting to know that Hitler had ambitions of becoming an artist. Had his endeavours rendered successful, he might not have turned the monster he is known for. He did not do well in the school Realschule, he often scored well in the subjects he loved and failed in the other.

His selective studying failed to get him noticed as a good student. Failure to obtain a middle school certificate sealed his fate in pursuing the career of architecture either when the Academy of Fine Arts of Vienna turned him down.

Have you read Mein Kempf?

The Second World War reflects the most horrendous crimes, mass genocides and extension of war territories in the name of purifying race. The cleansing of human race as proposed by the dictator who slew millions of Jews and non-Jews as well is a slap on humanity. Who in the world are humans to dictate racial supremacy?

Of all the species, humans have the ability to think and use the knowledge for good or bad. This was an atrocious deed of Adolf Hitler. Under his regime generals and soldiers killed Jews left and right for their gain and distorted beliefs. Nowhere in the world has such act of brutality existed.

The True History & Story of The Swastika Symbol

Who worships the symbol of Swastika?

Do you know Adolf Hitler?

I once met a man who had heard Hitler. It was in 1973 when he was 63, when I was a student teacher. He was a teacher who was holidaying in Germany before the war when he stopped his car on the road as one of Hitler's rallies was taking place. Hitler was protected by hundreds of SS guards standing behind him. Now my colleague did not speak German, but he could hear Hitler on the loud speakers, but what he experienced terrified him, and I will tell you what it was. Hitler's voice had a strange rhythm and power to address the depths of the human soul. It aroused a strange and disturbing excitement and evil thoughts. My colleague simply got back into his car and fled.He had become aware that he was hearing evil.

So true. And although many decades have passed since the demise of Hitler, people are still afraid to talk about him especially in those areas where Nazis ruled.

Sebastian Hafner, a German who fled from the Nazis, observed that there were many Germans who opposed Hitler, and that when the Nazis invaded Poland Hitler had to keep back three divisions of S to hold back dissent in Germany. But dissent was ruthlessly suppressed.

The origin of Vipassana technique lies sometime around 2000 years ago. It was... 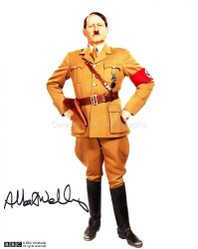 Magic of Fall Festivals17 days ago

Mystery of Vampires - Are they Real?22 days ago
Ad 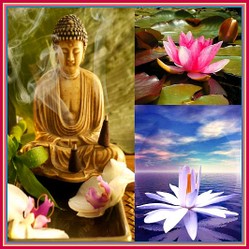 The origin of Vipassana technique lies sometime around 2000 years ago. It was discovered by Buddha and at present is taught by revered S N Goenka Guruji and the chain of teachers.
49%  5   5 WriterArtist
St. Patrick's Day History

The country of Ireland has many interesting legends and folklores, among which are the famous anecdotes of leprechauns and Saint Patrick Day facts.
Loading ...
Error!