Mariana trench is trench in Southern Pacific with Challenger Deep as the deepest point on the Earth. At Challenger Deep, ocean is 10.916 m deep, and it is full of secrets!

By the April, 2012. only three men had the courage and opportunity to go to the bottom of the ocean in Mariana trench, seven miles below the ocean surface.
There is simple reason why more people left Earth and visited Space, than have been to the deepest point on Earth: the pressure in Challenger Deep is equal to 1000 atmospheres. Which means it is equal to pressure of 1000 kilos on the area as tinny as a nail.

Mariana trench is huge chasm in the ocean floor in the southern Pacific ocean. It is located just to the east of small Mariana Islands near Japan and Philippines. It is the deepest point on our planet Earth.  It was created by phenomena known as ocean-to-ocean subduction,  in which one continental plate is subducted beneath another plate on the ocean floor.

Name comes from the name of Spanish queen Mariana of Austria. Spanish forces claimed Mariana island to be their property in the time of colonial empires. They set the colony on these islands, and gave them name after their queen. Later, the trench which is to the east of Mariana islands, has been given the same name.

This place was object to many speculations, myths, science fiction stories and what not, for the very reason we know very little about this chasm. Only three men ever had visited Mariana's deepest point, 7 miles (11 km) below the surface of Pacific.

In recent weeks we all heard and read about James Cameron's successful expedition to the ocean's floor. He spent billions of dollars, 5 years of life and lot of nerves in preparation one of the most pressure resistant piece of technology ever built: vertical submarine for one person.

For long time it was believed there is no life in those dark depths of Mariana trench. For centuries we thought life in not possible below 3000 m from ocean surface. Then, few expeditions explored one of the deepest chasms in the world. Few private submarines and capsules landed on ocean floor, reached 4000 m in dept. Some of them went even under the ice of North Pole. They have found life EVERYWHERE!

But we still believed there is no life in Challenger Deep. We were wrong! Without sparkle of light, in freezing environment with pressure of around 1000 atmospheres, some of the most resistant life forms were discovered. Some of them even produced light.

But in 20th century two men spent only 10 minutes of their voyage on the bottom of the sea. In 2012, couple hours were all time we had to explore the unknown. Who knows what would we find if we had more time...

This is whole new world, and I have right to say those new creatures are alien forms for us, and the Mariana trench is new planet.

What led to first human mission to Mariane Trench and Challenger Deep?

Onto first expedition which led to very important discoveries, went British ship "Challenger" in 1872. She was in function from that year to 1876, and "Challenger" explored more than 127.653 km of the ocean. Her first expedition was pioneer in scientific exploration of the ocean. This ship was equipped with camera used for the very first time in such expedition. Scientists from Challenger discovered extraterrestrial material on the sea floor (micrometeorites).

Challenger crew discovered and collected more than 4700 examples of ocean flora and fauna.

First prototype of submarine that was able to descend to 1000 m into the ocean.

In 1930s, Dr. Charles W. Beebe constructed underwater sphere which was made of aluminum. He gave it name Bathysphere. Bathysphere was connected to the ship by cable, and there was no propulsion system installed.

Reached the deepest point on Earth

"Alvin" and "Jason" in search for the Titanic

The submarine and the robot exploring the ocean.

"Jason" was underwater robot connected to "Alvin", the very first exploration submarine designed for three crewmen. Jason was able to dive to 5000 m. It was used for exploration of the Titanic in 1986. It was mounted to the end of extension cable of "Alvin". The latter was able to dive to 4500 m and they were first to explore the wreckage of the RMS Titanic.

You can read about more about Titanic disaster in the article of excellent Wizzley author, JoHarrington: thrilling story about The 100th Anniversary of the Sinking of the Titanic.

Alvin and Jason were the first to discover underwater chimneys: strange geothermal sources. This extraordinary scientific discovery happened in 1977, and gave us opportunity to learn more about the creatures who lived in conditions that existed on earth 3.500 million years ago.

And other underwater vehicle in search for the Titanic in the deepest points on the Earth.

Argo was small but sustainable underwater robot used for search for the RMS titanic after it has sunk.  The search was unsuccessful, and the Titanic was discovered next year (1986) by already presented earlier in text, Alvin and Jason.

Jacques Piccard and Donald Walsh were first two men who went to 7 miles under the ocean surface in their bathyscaphe Trieste.

This happened in 1960, after 13 years of construction and testing of this bathyscaphe. It was built by Jacques Piccard and his father, Auguste Piccard in 1953. The bathyscaphe was built specifically to bring 2 crewmen to the deepest point on the Earth.

Read about bathyscaphe Trieste on Wikipedia:

A bathyscaphe is a free-diving self-propelled deep-sea submersible, consisting of a crew cabin similar to a bathysphere, but suspended below a float rather than from a surface cable, as in the classic bathysphere design...

James Cameron is Canadian film director well known for directing few very successful Hollywood movies: Terminator, Piranha II, The Aliens, The Abyss, Titanic, Avatar and what not. We all know his for these movies we love, and for some documentaries he filmed. But not everyone is familiar with his contribution to ocean research.

Hes contribution to underwater filming and remote vehicle technologies is priceless. Cameron used to visit ocean floor quite often. He used his own underwater material to film most of the scenes in his Abyss movie, which action is set in the darkness of the ocean.

James Cameron undertake over 70 expeditions to the places 1000s of miles deep, in special submersibles. These expeditions didn't satisfy his wish for seeing everything and going where no man has gone before (well, almost).

He spent 5 years secretly building his own submersible with the team of Australian engineers. Deepsea Challenger was built in Sydney, Australia, by engineer from the company Acheron Project Pty Ltd. This craft is equipped by 3D cameras of high resolution, designed for underwater filming. Deepsea Challenger reached ocean's deepest point in Challenger Deep in around 2 hrs on March 26, 2012.

Do you think it is important to explore the deepest parts of ocean?

Sure! It is in human nature to explore new places, and push the limits.

It's interesting to know and learn from stuff that eventually gets aired on the Discovery channel on tv and who knows there may be proper Aliens living down there since Earth was created....

Definitely. There's lots science can learn because the environment is so different.

I have close friends and family who are working in the oceanology field. The work they do is fascinating and very rewarding. There is much we can and are learning from the depths of the ocean.

Life Found in the Deepest Parts of the World's Oceans

In the conditions little better than on some asteroid, or moons orbiting Jupiter and Saturn, right in the darkness of deepest points in earth's oceans, there has been found life thriving.

Life is found thriving at the deepest point on Earth: in the Mariana trench. Unmanned craft Keiko, in 2005, took samples from bottom of the ocean in Challenger deep. Later examination of the samples have shown over 4000 types of foraminifera, one-cells protists.

Can you try to imagine what is it like to live in the environment with 1000 atmospheres pushing you from above? It feels like having 50 Boing 747s on the top of your head. It is not easy to live trough that!

For decades it is known life is possible on almost every place on the blue planet: underwater chimneys on the 350 degrees, under the ice of North Pole, up to 5000 m in ocean depths... But it was never believed life will be found at this depth, 7 miles or 11 km under the ocean surface.

Fish that look like creatures from science fiction horor.

Gigantactis Venhoeffeni and Melanocetus Johnsonii are abyssal toad fish attract their prey using a ray of light located on a mobile trunk-like organ. At the end of trunk, there is special organ which produces natural light. The organ is called photophore. It is the sort of bate for their prey, there in dark deep waters without any light.

These are only few alien like species living at the deepest points of oceans. They all have been discovered recently, after significant improvements of diving technology, which let our scientists to explore deeper parts.

If there is life in such conditions as in Mariana trench, why wouldn't be life on other planets and moons? This is the question that has only one answer.

I Would Love to Hear from You!

Yes, Katie. Marine biology is wonderful science and interesting job to do. I love reading about coral reefs. They are so beautiful.
Thank you for your kind comment!

My cousin is a Marine Biologist his work is amazing, cutting edge and very thrilling as it opens our world of knowledge, health and future into a whole other world. He recently presented a study he is very passionate about to President Obama. He's researching the coral reefs and the depths relating to variance and function. Fascinating! As is this page on the Mariana trench challenge.

The Earth maintains a delicate balance, and if there is a change in one aspec... 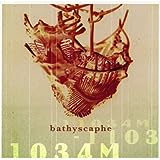 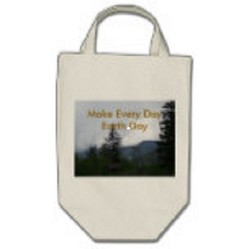 The Earth maintains a delicate balance, and if there is a change in one aspect there can easily be unforeseen consequences, such as climate change triggering a pandemic.
Loading ...
Error!