The PS2 Maximo games (Ghosts to Glory and Army of Zin) are a mixture of hack'n'slash and platform game, based on the Ghosts and Goblins series.

The PS2 Maximo games (Ghosts to Glory and Army of Zin) are a mixture of hack'n'slash and platform game, based on the Ghosts and Goblins series.

With his best friend Grim (short for "Grim Reaper") and a revolving door on death, Maximo, the hero is trying to save his Kingdom and rescue his lost love Sophia. Of course, since the best known things about these games are the insanely high difficulty levels, the ability to come back from the dead is one Maximo uses. A lot.

As with all PS2 games, the US versions won't work in the UK & Europe and vice versa.

Links to both formats are provided and labelled to make it easier to find a copy that will work for you - and shipping's cheaper and faster from your own region anyway!

The evil king Achille and his hordes of undead have conquered the realms, imprisoned the four sorceresses who defend it and is going to marry the Princess.The only thing standing in his way is the hero Maximo (co-incidently the Princess' boyfriend), so the game takes a decidely unusual turn when Maximo dies in the intro sequence. Fortunately for our hero, Death (understandably concerned with his employment prospects if people stop dying) makes Maximo an offer he can't refuse: Go, get my souls back, rescue your girl, and defeat Achille.

Maximo accepts this offer, only to discover a few things Death didn't tell him - like the requirement that he rescue the 4 beautiful sorceresses along the way. What develops is a charming blend of "Tomb Raider" and "Medievil", with good graphics, controls, voices and a learning curve that feels like a brick wall. Halfway between an action-adventure game and a 3D platformer, Maximo hasn't quite decided what it wants to be, but the end result is a quirky, complex and often frustrating game.

Maximo does not have many RPG elements - Maximo himself improves his abilities by killing enemies who occassionally drop abilities, rather than levelling up. There are no limits on how many abilities you can have, but you can only "lock" 3 of these abilities at a time (this increases slightly at the end of each chapter) and any extra abilities will be lost when you die. However this is the only way he improves skills. You also need to collect lives, souls, death coins, treasure and other useful items. Health is gained by items dropped or found, or purchased at pay points. Maximo's health stage is indicated by his armour, and when he is on his final health bar he is left running around in his boxer shorts (a full range of which can be purchased at various points within the game).

The cut scenes at the start of each chapter are well animated and progress the story, which is minimal, but then this game isn't about the story as much as the puzzles and enemies. The 3D graphics are stylised and cartoon-like, but consistantly good quality and the enemies come in an interesting range of shapes, sizes, abilities and irritation-factor. On the plus side, the game definitely has character: namely Death. This more human and sarcastic side of the Grim Reaper really adds to the feel of the game. The other characters are deliberately stereotypical to the extreme and fit the game's cartoon attitude. The voices and voice acting is excellent, if appropriately hammed up.

Maximo has 4 chapters, each of which has a level start area where you locate entry points to each level. These starting areas have their own hidden treasures, enemies, money, and play like a mini level. They also contain the final level boss for that chapter, although access is only granted when every other level in that chapter has been defeated. You can move freely between levels and choose which order you want to do them in. You can also redo them to build up abilities, lives and gold before attempting harder levels - an excellent idea as Maximo will complete several levels by the skin of his shorts. Checkpoints in the levels allow you to store your progress within the levels, an essential feature in a game where you are likely to die this often...

"The learning curve on this game has been most unfairly compared to Everest...

The author, after Maximo died. Again.

The game does not get any easier as it progresses. Although the early levels are comparatively easy (note: comparatively), the game has a steep learning curve not only between the four chapters, but also between levels in the same chapter. The camera angles add to the difficulty on later levels, where precise jumping is required, and more than once players may find themselves running around to get the camera to the right angle before going back for a jump. The puzzles require hand-eye coordination, rather than brainpower, but especially on the later levels this does not mean they are easy. The final boss in particular could be compared to chasing a scared cat, in a powercut, in a thunderstorm...

Don't believe me? Here's a screenshot.

Due to the frustration factor, the game has little replay value, although it does have two endings - one if you complete all the secrets and one if you haven't. However, the game holds player's interest for the first run-through, admittedly mainly due to a determination to complete it, and Death's annoying taunts when you die.

Maximo is a single player game suitable for all ages, aimed (in attitude at least) at the young teen market and only likely to cause problems for younger players due to frustration with the puzzles. It is fun, quirky, essentially a platformer with fighting elements, and definitely worth a look. Although it is now out-of-print and new copies are hard to find, it was a popular game and second hand copies can be found easily and cheaply in most gamestores.

Summary: An interesting action game with good storyline and gameplay, but a steep learning curve.

Buy in the US

Both games are available on Amazon.com for Region 1 US format

Gamespot review of Ghosts to Glory - The intro and a gameplay sample.

Just in case you don't believe me, here's another review - and the first thing they mention is the "insane difficulty level."

Between Ghosts to Glory and Army of Zin, Maximo has got tougher, forgotten all his skills from the previous game and, according to the box art, discovered blonde hair dye. He still has the coin, and an irritated Grim Reaper following him around. What he hasn't found is Sophia, his lost love.

On his quest he stumbles across a new threat, the Army of Zin. As an undead army, Grim takes an interest in them as well, and the old team is back together to defeat this new threat.

The graphics have improved, and the music and sound is as engaging as ever. However while less repetitive than Maximo, the difficulty has if anything got harder. There were more than a few moments where I stared in disbelief quite certain that the game could not really expect me to do THAT. Unfortunately it usually did.

The camera is not your friend - I suspect Death is operating it and laughing evilly when you die - the new large scale combats sections are just as hard as the platforming, and the bosses are complete monsters, not just in graphical terms.

The basic gameplay has changed very little. Maximo still has four health stages and armour to pick up, he still gains coins from enemies and he can still jump, run and attack.

Maximo has gained a better range of combat moves, and can get more as the game progresses. However, as he can lose them when he dies, which he tends to do frequently, Maximo never really becomes overpowered. The ability to play as Grim is a nice addition, although strictly limited since he requires souls, effectively having to kill enemies to stay on the screen.

Maximo vs Army of Zin
Buy on Amazon.co.uk

The RPG elements are played up slightly with some levels letting you interact with locals - and save them from enemies for rewards. Otherwise this remains the same insanely hard platform fighting game as the first, and is in everyway a worthy sequel.

Because of the high difficulty it is both one of the most satisfying games you will ever complete and one of those most likely to make you throw your controller at the television.

Summary: Definitely one for platform fans - and anyone who loved the first game will enjoy this.

Buy in the US

Both games are available in Region1 US format on Amazon.com

Gamespot's video review of Maximo 2 - Get another opinion

The original game on PSP and more

A third game was in the works, but the studio that created Maximo closed in 2009.

While the last Maximo game may have been cancelled, fans of insanely hard platform games might be glad to know that Ghosts'n'Goblins, the original game from the series, has now been ported to PSP.

Arthur, a knight, has to battle through levels of Ghosts'n'Goblins in this insanely difficult platforming games, when the best way to learn was to die - over and over again - and then memorise the button presses to survive.

Ghosts'n'Goblins is also available in a range of other formats: Nes, GBColor, etc. Here's a selection.

Buy on Amazon.com for the US market

Are you collecting all the Skylanders? Well, lets start at the beginning...

Assassin's Creed gets a lot of love in the gaming industry but there are plen... 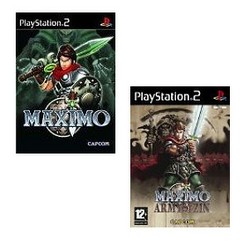 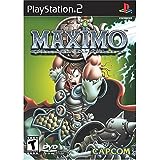 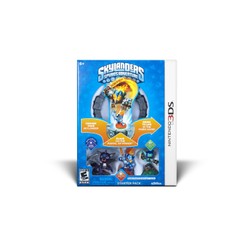 Are you collecting all the Skylanders? Well, lets start at the beginning...
10%  1   1 Seelyon
Action Adventure Games 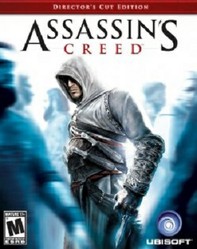 Assassin's Creed gets a lot of love in the gaming industry but there are plenty of games like Assassin's Creed that offered a mixture of stealth and adventure before it. If you fel
Loading ...
Error!