In celebration of Women’s Day, I’ve decided to feature the women of one of my favorite TV shows at the moment, Nikita. Read on, and I’m sure you’ll fall in love with these women.

Back when I was in high school, I loved watching the Spice Girls. They sing, they dance, and they act -- they’re very entertaining. As a matter of fact, even until now, I wish that they would get back together and make music until they’re old. Because to me, they will forever be my number one girl band.

But aside from that, I also love the Spice Girls because they were passionate about their “girl power” advocacy. I’m pretty sure that they didn’t invent the term. As a matter of fact, in an interview I watched back then, Geri Halliwell, or Ginger Spice, said that even before they existed, “girl power” was already used by Madonna. But though this is the case, you can’t deny the fact that the Spice Girls helped helped popularize it.

So in honor of “girl power” and the Women’s Day, I’d like to present strong female characters that give “girl power” a modern twist. These characters are from one of my favorite TV shows at the moment, Nikita. They are smart, strong, and independent.

Nikita is a TV show based on the French film "Nikita" which was released in 1990. As what the title of the show implies, Nikita is the name of a rogue assassin who takes it upon herself to bring down a secret organization who has transformed her into a killer. The name of the organization is Division.

In Season 1, Division is controlled by a man named Percy. Together with a woman named Amanda, the organization's psychologist, Percy sends out agents on missions to assassinate top executives and officials. Nikita's mission is to sabotage these missions and to put an end to the organization's operations.

In Season 2, we see Amanda taking control over Division and Percy being on the run. At the end of Season 2, Division is at its tipping point when Percy is killed by Nikita and Amanda goes rogue.

In Season 3, Division is under a new leadership, under Ryan Fletcher. Amanda is determined to seek revenge and makes sure Nikita suffers.

Nikita first aired on September 9, 2010, attracting almost 4 million viewers for its Pilot episode. It is currently in its third season.

Get the complete 1st and 2nd seasons in DVD

The Women of Nikita

I'd like to commend the show for picking the perfect cast.

Let's take a look at how these women fared in the show.

Cool Gadget Gifts for Women
Gadget Gift Ideas for Women - Surprise your mom, girlfriend, or wife with a cool gadget present. Shop and discover these cool gizmos that's sure to impress.

Maggie Q plays Nikita Mears, an agent who goes rogue when Division killed her fiance, Daniel Monroe. In the Pilot episode, Nikita comes back to the scene after three years, trying to stop and sabotage Division’s missions to kill innocent people.

Eventually, she finds a partner in Alex, a girl who she has rescued in one of her past missions. After saving Alex from drug addiction, Alex becomes her accomplice, and together, they plan on bringing down Division.

Their efforts, however, always end up in vain, so Alex proposes that she tries to penetrate Division by becoming a recruit. Nikita stages an armed robbery, which leads Alex to be convicted and sentenced. When Division learns about this, they recruited Alex to be one of their agents.

Just like Alex, Nikita was forced to become an assassin. When she was sentenced to death, Division jumped into the opportunity and trained her to kill people.

Get this Maggie Q Poster...

First and foremost, Nikita is a strong and independent woman. She stands up to authority, stands by her principles, and fights for what is right. She is not intimidated by men. As a matter of fact, she can fight a man twice or thrice her size.

Aside from that, you'll also love Nikita's planning and problem-solving skills. When everyone is focused on one thing, she comes from behind and offers another perspective, which is often the right approach.

Nikita is also a team player. She can lead a team, and she has no problem following orders -- though mostly, she is seen as bossy and authoritative.

If there's something that her enemies would treat as a weakness, it is her compassion. She doesn't want the people that she loves to get hurt, so she'll do everything to make sure they're safe and secure.

Amanda is Division’s psychologist. Every once in a while, the recruits and agents spend time with her to answer her questions. Aside from that, she is in charge in making sure that the agents are mentally sound to partake in any mission. She’s a master manipulator, and her weapon is very simple yet powerful. She digs deep into the thoughts of people, and uses them to control their emotions.

Amanda and Nikita go a long way. In one of the episodes in Season 3, Amanda and Nikita are seen to have a special bond, which partly explains the common hatred felt by these women against each other.

In Season 2, we see Amanda taking control of the organization. She was relentless, but she has obvious limitations as a leader. In the end, she was ousted by Percy.

Get this Melinda Clarke Signed Poster...

If Amanda is skilled in combat, Amanda’s specialty is psychological torture. Though she can pull a gun perfectly when needed, she doesn’t need to display her fighting skills to survive. She remains calm in hectic situations, and relies only on words to control and defeat her enemies.

She’s also a survivor. When Amanda was ousted by Percy to take control of Division once again, she went into hiding, but only for re-enforcement. After a few months, she emerged stronger, fiercer, and more evil than ever.

And although her mission is to punish Nikita and teach her some lessons, you can tell that she genuinely cares about and loves Nikita as a sister.

See Amanda at her best...

Lyndsy Fonseca is Alexandra Udinov, heiress to Zetrov, one of Russia’s biggest and most powerful companies.

But when she was young, her father’s right hand hired Division to murder her family. Nikita was one of the agents tasked to complete the mission, but although Alex’s father was killed, Nikita spared Alex’s life.

When Nikita and Alex crossed paths again, Nikita took in Alex and helped her get sober.

When Alex was “clean,” the two formed a bond and eventually helped each other take Division down.

Get this Lyndsy Fonseca Poster...

If there’s one thing that’s admirable about Alex, it’s her loyalty to her friend, Nikita. She supports her in every way, and she is willing to sacrifice her love life just to be with Nikita. For instance, Alex’s lover Sean asked her to choose between Division and him. Though she can always leave Division, she cannot leave Nikita that’s why she chose Division.

And if you watch all the episodes, you would want to believe that Alex is the mini-Nikita. She is also fierce, strong, and independent.

Do You Watch Nikita? What Do You Think of the Show?

@EliasZanetti Peta Wilson was amazing in La Femme Nikita. Maggie Q is great, too! Thanks for dropping by! :)

I only knew about the old series with that impressive and dynamic blond actress.. I had no idea about this version! It might worth a look though..

@Catana To each his own. Thanks for dropping by! :)

EDITED: Oh, by the way, I also love the original series. :)

Do you love cocktails and partying at home? Get yourself a margarita maker to...

Find the best rain jacket for you through this lens; a simple product catalog... 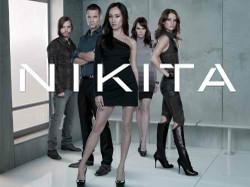 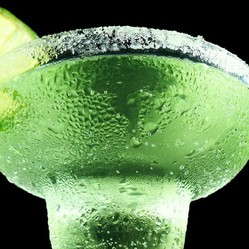 Do you love cocktails and partying at home? Get yourself a margarita maker to enjoy a constant supply of delicious cocktails all-year-round!
55%  7   5 squidooprincess2012
Women's Outerwear 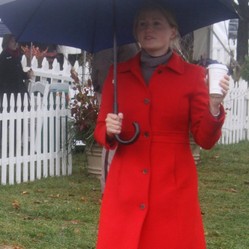 Find the best rain jacket for you through this lens; a simple product catalogue for fashionable long raincoats for women; brand new!
Loading ...
Error!