If you're looking for a unique gift, they don't come much more unique than the Moai statues!

The Moai of Easter Island are amazing! These mysterious stone monuments are found on Easter Island. The originals are a bit too big to give as a gift, so it's a replica you really need. Fortunately there are a variety available.

There are some quite large ones designed for outdoor use as well as smaller versions, "desktop" models, and even some cute miniatures! Now, if statues are not your thing, there are lots of unique products available featuring Moai that would make wonderful gifts. Enjoy!

Image of Moai on Ahu Akivi from Wikimedia Commons.

The Moai of Easter Island

The Moai are monolithic stone statues found only on Easter Island. They are quite mysterious. Basically human in appearance, they have overly large heads, generally about three-fifths the size of their bodies.

This replica is a great example - check out that expression!

Made of designer resin with a faux stone finish this guy stands 16 inches tall.

The Moai were sculpted on Easter Island, or Rapa Nui as its Polynesian inhabitants whose ancestors created them call it.

It appears that the Moai were built to represent powerful chiefs and ancestors of each family. When Europeans first visited the island in the eighteenth century, many of these incredible statues were proudly gazing across the island, like lords or kings surveying their lands.

Between 1250 and 1500 C.E. Polynesians carved hundreds of Moai using rock from a quarry at the extinct volcano Rano Raraku.

They placed the statues all around the island on special stone platforms, called ahu. These Moai statues are sculpted from solid stone - they are huge and very heavy. How their creators moved them from the quarry is still a mystery, although several attempts have been made to make these giants "walk."

However, soon after the Europeans first saw the Moai it seems that deadly conflict erupted among the islanders and the Moai were destroyed, or at least toppled over. Most Moai were pushed forwards to hide their faces, and often broke their necks in the fall. Many others were just abandoned at the quarry.

Today, much of Easter Island is protected as a World Heritage Site, and tourists flock to see the Moai statues, many of which have been, or are in the process of being, restored.

So, it's quite possible to visit them, and even take a photo of yourself with them!

There are plenty to choose from!

This is such a cute little Moai! He's only about 3 inches tall, but he has the true Moai expression.

This one is made of 3D printed PLA plastic, hand painted, with a leather pad on the bottom. There are 4 color choices available: Dark Stone, Brown Stone, Grey Stone, and Sand Stone.

A cool Moai sculpture made for outdoors, and he's really almost "lifesize"!

This one certainly has attitude!

Try these - they are truly unique!

There is quite a collection of unique Moai gifts available: There's a board game, an ice cube tray, and - wait for it, my personal favorite - a tissue box cover where the tissues come out of the Moai's huge nose!

Yes, there are even Moai coffee cups!

Not entirely sure that the Moai appreciate having coffee drunk out of their heads - their expressions are always rather disdainful. But it's certainly fun for the coffee drinker!

Are these Moai unique gifts or what!

I am flabbergasted with the techniques those Moai used in those days. To carve such heavy sculptures out of rocks without cranes and the tractors is a mystery to me. Love these artistic pieces of Easter Island, they indeed are great for gifts. 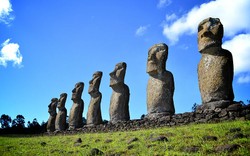 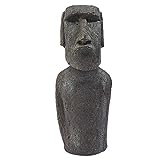 If you're looking for a unique gift, these amazing Colossal heads fit the bill!
37%  3   4 jptanabe
Musicians 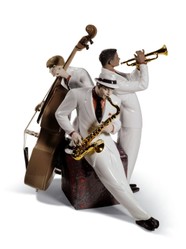