The Ishmaelites were, are, or should be the descendants of Ishmael. For genealogy purposes, this matter seems pretty cut and dry. But who are the true Ishmaelites?

Ishmael and Isaac were the sons of the Hebrew patriarch Abraham. Ishmael was the first son. His mother was Hagar, Sarah’s Egyptian maidservant. Isaac’s mother was Sarah, Abraham’s wife. Both sons buried their father and then separated from each other – on peaceful terms (we think) - to live their own lives. Ishmael and his offspring lived as nomads in northern Arabia. The name Abraham means "father of a multitude". This article assumes the reader has general knowledge of a major figure in biblical history and of Mohammed, the founder of Islam.

The Sons, Grandsons and Great Grandsons of Abraham

Isaac was not the physical and biological firstborn son of Abraham, but he was deemed the legitimate heir to his father’s wealth and worldly possessions because his mother was Sarah, the first wife.

Jacob - whose name was later changed to Israel - was the son of Isaac and the grandson of Abraham, and he had 12 sons:

Jacob’s name was changed to Israel and his sons, the great grandsons of the patriarch became the foundation of the Hebrew nation. They were first known as Hebrews, then as the 12 Tribes of Israel or the Israelites. Later in history, their Babylonian captors began calling them Jews and that's what everybody calls the to this day.

Ishmael was actually the physical and biological firstborn son of Abraham by Hagar, Sarah’s Egyptian handmaid. In ancient times, in certain cultures, it was a common practice, if a wife was unable to bear children for her husband that a slave would be permitted to serve as a surrogate. It was Sarah who suggested to her husband that Hagar bear children on her behalf. After all they had been married for many years and their union had produced no offspring. However, several years later, in her old age, Sarah became pregnant and she bore Isaac.

Ishmaelites were, are or should be the descendants of Ishmael

After the death of Sarah, Abraham took another wife, Keturah. Wife? Concubine? Concubine made wife? Wife or concubine, she bore him six sons. One of the sons was named Midian. The Midianites inhabited the Arabian Desert. They were a fierce desert people who fought constantly with their relatives, i.e. the Israelites.

In time, the Midianites became merged or associated with the Ishmaelites; likely because they both occupied the same geographical area, and lived a similar existence as nomadic tribes. (Likely, that is to say, a possible explanation.)

So to be clear: the birth order is Ishmael, Isaac, Israel and then Midian.

* The Israelites are the seed of Abraham through his grandson, Israel and his son Isaac, by his first wife, Sarah.

* The Ishmaelites are Abraham’s descendants through Ishmael, his son by Hagar, Sarah’s Egyptian handmaid.

* The Midianites can be traced through Abraham’s son, Midian, by his second wife, Keturah.

Isaac, Ishmael, and Midian all had the same father; but not the same mother.

For some reason, during the course of history, the Midianites became interlinked, interwoven, commingled, absorbed or lumped together with the Ishmaelites.

Two final notes: The five other sons of Abraham by Keturah? Their names were Zimran, Jokshan, Medan, Ishbak, and Shuah. They were also founders of Arabian tribes. Also, Ishmael had a daughter named Mahalath. She married Esau, her cousin because – he was the son of Isaac, the twin brother of Israel (Jacob), Ishmael's nephew.

From 525 – 575 A.D., Ethiopia (formerly Abyssinia) set up a kingdom in Southern Arabia; and in 579 B.C., the Persians took over. The north was influenced by Byzantium and Syria. (Today, Byzantium is Istanbul.)

It was the religion of Islam that was used to unite the people into a theocratic State, with Mecca and Medina as the spiritual centers of the Arab world; largely due to the efforts of Mohammed, who died in 632 A.D. Mohammed, the founder of Islam, claims Ishmael as his ancestor, as do most Arabs.

(Unhold that thought that you were holding.)

** Then there are “mixed Arabs”, which according to most Arab historians, are the descendants of Ishmael.

** Then there are the “genuine Arabs” who count Ishmael as their father. How?

Ishmael’s 12 sons and their descendants lived in Northern Arabia. The Arabic word for “desert” is “bedu”. Arabian peoples originating from Ishmael’s offspring dispersed through the Arabian Peninsula; and the “genuine Arabs” who call themselves Bedouins (literally “desert men”) esteem Ishmael as the father of the tribes of the Arabian Desert and as such consider themselves Ishmaelites.

** The clearest distinction that seems to be made is that the Muslim Arabs – or Arabs who are converts to Islam - claim descent from Ishmael and acknowledge Abraham as their patriarchal father as well, are the “mixed”.

** Whereas, it appears the “pure” Arabs trace their roots to Noah.

** The “genuine” claim to be Ishmael’s descendants, but may or may not be converts to Islam.

The historians seem to label the “genuine” (Bedouins) as “mixed”; but the Bedouins insist they are “genuine desert people” and it’s the Muslim Arabs who are the “mixed Arabs”.

(It looks that way from a distance to a foreigner!)

CONCLUSION?  If only they all wore golden earrings.  They’d be so much easier to identify.  The inspiration for this article came from a scriptural text in the book of Old Testament book of Judges.

The Genealogy of Abraham according to the Bible 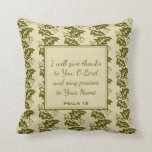 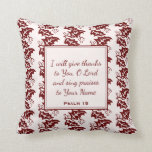 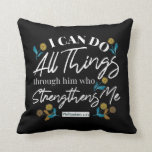 "My name is Khan, and I am not a terrorist."

This quote defines the film.

@Rodric Johnson - Very nice of you to RE-visit. It's especially encouraging when a non-community member stops by and leaves a remark.

I read this again and learned a great deal more. I love how you pulled me in to the reading adn what I learned about the tribes of Abrahma--all of them. I feel informed. By the time I got to the end though I was almost left hanging. I don't remember that from the first time I read it. I want more.

@frankbeswick - Thanks for visiting. I can always count on you for interesting and informed comments. The thing with Abraham is - it's likely nobody would have even noticed he existed were he not mentioned in the Bible. He was not running for political office, not trying to create an empire, not leaving his mark as an icon of the business world, not noted for all of his humanitarian efforts, etc. He was just an average ordinary guy.

Abraham seems to have been a rather great character, as Israel, the Ishmaelites and the Edomites, alomng with possibly some other tribes, all claimed descent from him, and the Moabites claimed to be related through his nephew, Lot.

The trouble with racial purity is that there are no genuinely pure races. The Arabs were importing slave women of all races to boost up their harems for centuries. The black slave trade in East Africa took more women than men, as it was to sell them to harems. European slave women often finished up in Arab harems as well.

I found this very interesting. Since I began taking an archaeology course about Biblical times, the whole idea of support for such ideas as you present here has taken on a whole new meaning for me.

@Rodric Johnson - Thanks. I'll probably visit some more of your articles at HUBPages. They are very intricate.

I liked this article. I was informative and interesting.

@BrendaReeves - Thanks for visiting and leaving a comment. The content of this article may be a touchy subject for some people. But in America we have freedom of speech and freedom of religion. This is my first Wizzley article. I was testing the waters. I've been received here by the community. So I'll likely keep writing articles via this platform.

I've read the story many times and never get tired of it. Thanks for writing this.

Thanks for rolling out the red carpet for me, Catana. What do I know about my own geneaology? I have to take my late mother's word for it. My mom told me I could trace my line back to the Cherokee Indian nation through my grandmother and to Ireland through my grandfather. My dad is from The Bahamas. I heard that people can get a DNA check. One friend told me his check indicated he could trace his roots back to Askenazi Jews. My husband's cousin said his check showed his lineage went back to Sierra Leone. I love the topic of ancestry. It's so fascinating!

Thousands of websites exist to help you trace your family history on-line. So... 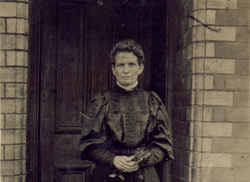 Thousands of websites exist to help you trace your family history on-line. Soon your family tree will be bursting with new leaves.
72%  7   7 Maritravel
Jordan 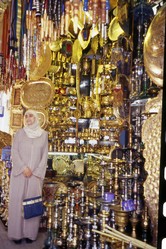 A quiet country surrounded by noisy, fighting neighbours from hell, is how one Jordanian described his country to me. And you know what? He's right.
Loading ...
Error!