A review of the 2001 movie starring Richard Moll and Greg Cromer.

Synopsis: A husband and wife are rescued by a cargo ship after their sailboat sinks at sea. The crew of the ship is hospitable. However, it doesn’t take too long to figure out something is amiss, both because the cargo ship is almost completely empty and because there is something suspicious about the mysterious doctor that keeps treating the husband for “an infection.”

Even though I wasn’t overly impressed with the first Spiders movie, my wife convinced me to watch the sequel with her this past weekend. As I reluctantly did this, I did so with lowered expectations about the film and, unfortunately, it failed to even meet those.

There were a couple things about this movie that I found I really didn’t like. The first was the fact it was extremely predictable. It wasn’t difficult to figure out what was really happening to the husband (Cromer) when he was being injected by the strange doctor (Moll) and the rest of the film followed a pattern that wasn’t overly difficult to figure out ahead of time. As a result of this, the movie just wasn’t anywhere near as creepy as the first film. And, considering the first movie wasn’t all that scary either, that’s saying a lot.

It also doesn’t help that it takes what seems like forever for the movie to get going. There’s some action early on in the film and at the end. But, the entire middle of the film consists of a lot of talking and not a whole lot else. Let’s put it this way, I was able to duck out long enough to water my garden and didn’t miss anything important.

I also think the filmmakers made a huge mistake by casting Moll as Dr. Grbac. Moll works better in more-comedic roles (such as his character, Bull Shannon, on Night Court) and just doesn’t have the acting ability to pull off the seriousness Grbac needed.

In fact, if anything, the doctor was kind of campy and, because of that, I began to wonder if this film was meant to be more of a comedy. However, even if that was the case, the film still fails because, in addition to not being scary, it honestly wasn’t all that funny of a film either. Instead, it was just a really poor attempt in general.

I think the fact this movie takes place at sea (making escape really difficult) had some potential. However, a very poor casting choice and an even worse script prevented this film from having any chance of reaching that potential. We managed to make it through the whole movie. But, I didn’t see anything that made me glad we took the time to watch this film and I won’t recommend it as a result of that.

I think this film would have been a bit better had the spiders been a little smaller. Unbelievably large spiders just aren't scary. Smaller spiders that can hide behind boxes or in silverware drawers are much better at keeping people on the edge of their seats.

LOL sometimes it's nice to be able to do chores and just have something on in the background. I'll keep an eye open for this on cable, when I'm cleaning by silverware.

A review of the 2014 thriller starring Joshua Lang as a serial killer wearing... 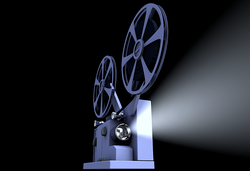 A review of the 2000 thriller starring Lana Parilla and Josh Green.
21%  0   3 StevenHelmer
Thrillers

A review of the 2014 thriller starring Joshua Lang as a serial killer wearing a bunny costume.
51%  1   7 StevenHelmer
Thrillers