A review of the season 7 television episode that first aired in November 1989.

Synopsis: Buddy (John Astin) meets a wealthy woman (Karen Morrow) at the courthouse, begins dating her and quickly proposes. There’s just one problem, his new fiancée doesn’t know he spent 25 years in a mental institution and, because of an earlier misunderstanding, thinks he is rich. As a result, Harry (Harry Anderson) feels he must tell her the truth about his dad even though it likely means it will end the relationship.

When I first started watching this Night Court episode earlier this morning, I wasn’t really sure what to expect from it. It was one I hadn’t seen before and, while the plot sounded a little bit predictable, it actually wasn’t, at all, what I was expecting. And, as it turns out, it was a pretty entertaining episode.

The part with Buddy and his new girlfriend, Amanda, was much more interesting than expected because Buddy never actually tells her she’s rich. She just assumes it when she sees him wearing a ship captain’s uniform (his uniform for the fast food place he just got hired at) and, when he talks about the restaurant he works at, she thinks he is talking about a yacht. This assumption, combined by the fact Buddy didn’t even realize she thought he had money, leads to some other interesting assumptions about him as the episode progresses.

I also have to admit, I was impressed by the twist at the end with this one, with Harry getting Buddy to tell her the truth and her reaction not being as predictable as I thought it would be. I don’t get surprised by television shows that often. But, this one definitely managed that.

The part with Dan (John Larroquette) being kicked out of his apartment and forced to live in his office was somewhat entertaining too, especially the way he lost all the magic he had with woman as a result. And, once again, I loved the twist toward the end with him getting Buddy’s Park Avenue apartment (Buddy no longer needed it after getting married) only to find out he wouldn’t be living alone.

In fact, I think my only real complaint about this part of the episode is it was something I think could have used a little more screen time than it got, simply because it did lead to a lot of possibilities as far as jokes go.

I had some doubts when I started watching this episode. But, overall, I thought it was better than expected and is one I would recommend taking the time to watch if you haven’t seen it.

A review of the season 6 Night Court episode that first aired in April 1989. 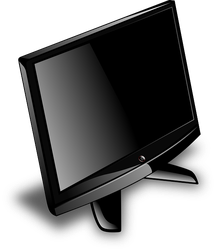