Sharelle is an independent singer-songwriter who deserves to be heard. Listen to a voice that echoes iconic greats, such as Joni Mitchell and Carole King.

Sharelle: All I Am

Great music comes in all forms, whether it be pop, rock, soul and dare I say it, country. After an introduction by my good friend Correen, it was with excitement that I clicked over to listen to independent recording artist Sharelle.

Sharelle may not be a name with which you are readily familiar, but really it should be. Her pure vocals recall a time in rock history when the singer-songwriter ruled the radio airwaves. Think Carol King, Carly Simon, Joni Mitchell and their male counterparts James Taylor, Cat Stevens and Harry Chapin.

This is not to say that Sharelle is an artist stuck in the past. Far from it. She breathes new life into a genre that never went away. Some describe her style as folk rock, or even folk pop, but to pigeon hole her music would be an injustice. She is simply a wonderful vocalist, who knows how to write fine songs and interpret them beautifully.

One of these songs, All I Am, can be heard in the video below and is taken from her EP, Angels at the Waterfront.

The first track by Sharelle that I listened to was a haunting and emotive love song called A Lifetime Isn't Long Enough.

Fortunately, I found a video recording of it, and while listening, learned a lot more about Sharelle's background and life. Written segments throughout the video throw light on her own personal struggles, as well as how and when she began writing.

For me, this ballad came along at just the right time. Having lost my own soulmate only months before, the lyrics truly spoke to me and left me with a sense of reassurance.

Sharelle: I Give In

Since first discovering Sharelle's music, I have started following her on Twitter, and have also joined her page on Facebook.

It was through Twitter that I learned of another of her wonderful tracks called I Give In. In fact, the direct message I received was, and I quote "I hope you dig it like sand on a warm day at the beach". I certainly do, Sharelle.

With the likes of Britain's Adele currently taking the pop world by storm, I could easily imagine this song riding high on the music charts. For proof, you can hear the full track at Sharelle's website.

All of Sharelle's current releases are also available at iTunes: Sharelle at iTunes

Hope you enjoyed listening to Sharelle. Please leave a message

And hear I thought you knew every single artist out there :) Nice find (you did thank Correen didn't you :)

I have their old EP from a few years back. I think it was an EP and not a full CD.

Leave it to Correen, Sharelle is beautiful. Great job Rich

Especially in "All I Am" I can hear the resemblance to Joni Mitchell and Carol King. I love the music of that era, especially Cat Stevens.

Thank you for introducing me to Sharelle. She does have a unique voice --and a new-age style.

I can see (hear?) why you compare her to Carly and Joni. Way to continue and update a great musical tradition! 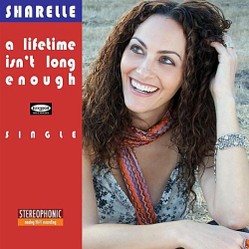 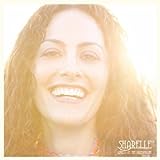